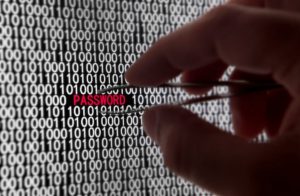 We are glad to bring to you a guest post by our Fellowship applicant Maitreyee Dixit. Maitreyee is a 2nd year student at NALSAR University of Law, Hyderabad. This is her first submission for the Fellowship.

Economic espionage has been a hot topic of sorts since the September 2015 agreement was made between USA and China, that called for both the countries to not knowingly conduct or support cyber enabled trade secret theft from companies in each others’ land with the intent of providing competitive advantage to its companies of commercial sector. Agreed upon during President Xi JinPing’s visit to the USA, it came as a response to Chinese officials being charged with cyber economic espionage by the US authorities, sparking worldwide debate.

Discussing ‘economic espionage’ as a category in itself for the first time, it opened the floodgates for debate around the legality of such theft and coverage by international agreements, especially TRIPS and the possibility of raising a claim in the WTO. Though the agreement managed to quell the anger of the Americans, what remained was the echo of the possibility of WTO action.

Keeping that in mind, in this piece, I try to analyze (rudimentarily so) the possibility of a claim based on a TRIPS violation and a non-violation complaint in cases where a State conducts cyber economic espionage to obtain trade secrets from companies located in the territory of other states. It is imperative to note at the outset that other hurdles in pursuing WTO action, like whether the act(s) of cyber economic espionage of State X  qualify as a ‘measure’ against which a claim can be brought or not, are beyond the scope of this piece.

Article 39 of the TRIPS provides for the protection of “undisclosed information”, like trade secrets and prima facie, seems like the best option to pursue WTO action under. Though the substantive requirements listed under Article 39 will be fulfilled based on the facts and circumstances of each case, the question that will remain uniform in all possible action of the type considered is with respect to the nature of obligations imposed under Article 39.2.

Article 39.2 requires that natural and legal persons have the “possibility of preventing” information under their control to be either acquired or used without their consent (among other things). This essentially means that if Company Y, a national of State Z, opens a branch or a subsidiary up in State X, what State X has to provide for is the establishment of a cause of action i.e. that affected persons have the “possibility” of protecting this undisclosed information through avenues like judicial proceedings granted by the national law of State X. The maintenance of a legal regime that allows those affected to take recourse to such avenues is sufficient to fulfill the obligation, and nothing more is required of State X. For example, if State Z alleges that State X violated this article by acts of cyber economic espionage, State X can defend it sufficiently by showing that it provided for the “possibility” of recourse to judicial proceedings or the like to the affected Company Y. This does not tackle the issue at hand at all.

Further, this provision or TRIPS in general, is of limited use for a more fundamental reason: that TRIPS obligations are territorial in nature. This entails that there exists no obligation on State X to prevent its companies from stealing trade secrets from companies located in State Z, or regulating espionage conducted by State X on the territory of State Z. State X only has to provide for protection in its own territory, i.e. if Company Y operates in State X, X will have to make sure that the protections under TRIPS are provided to Company Y, like national treatment (Article 3, TRIPS). This completely fails to address the problem here, which is the stealing of trade secrets by State X from companies located in State Z and goes beyond X’s territorial concerns.

Keeping the above points in mind, claiming a TRIPS violation does not make sense to combat the problems of cyber economic espionage.

Another possible avenue that a State can pursue is filing of a non violation complaint as provided by Article 26.1 of the DSU and Article 64.1 of TRIPS. However, there are two reasons, apart from the substantive difficulties, why this might not be the best route to take. Firstly, that this remedy is of exceptional nature and currently, there is “moratorium” or a temporary ban on bringing of non-violation complaints to the WTO with respect to intellectual property issues. This will be deliberated upon again this year, but looking at how a majority of WTO members are wary of such a measure, it seems unlikely that this ban will be lifted anytime soon. The deliberations that have been happening since 2003 stand witness to the fact that the scope and the modalities of such a possibility also remain shrouded in uncertainty, and it is unlikely that this will be decided in the near future. Secondly, even if the ban is lifted and State Z can somehow file such a complaint, Article 26.1(b) does not require the ‘measure’ to be withdrawn, but only states that the Appellate Body shall recommend that the members make a ‘mutually satisfactory adjustment’, which may not be useful in circumstances where one country alleges, like the US, that billions of dollars have been lost due to trade secret theft and are looking for a more ‘forceful’ remedy.

In light of the above analysis, an action against any state on the basis of a TRIPS violation does not seem to be a viable option for combating cyber economic espionage. One way in which such acts can be challenged, as suggested by some scholars, is to renegotiate TRIPS in a way to specifically address this question, but until that happens, approaching WTO with a TRIPS violation is not the way to go to tackle the issue, maybe that’s why an agreement was carved out in the first place.