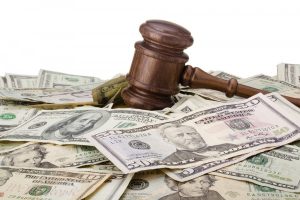 We are happy to bring to you another guest post by our Fellowship applicant Maitreyee Dixit. Maitreyee is a 2nd year student at NALSAR University of Law, Hyderabad. This is her second submission for the Fellowship.

Damages in trademark law, especially in Delhi High Court’s jurisprudence have been riddled with inconsistencies. Be it the grounds to provide damages, the calculations of damages or the entirety of punitive damage jurisprudence.

The recent case of MontBlanc Simplo GmBH v Gaurav Bhatia, delivered by a single judge bench of the Delhi High Court on January 4, 2017 highlights this issue.  Though the determination of liability of the defendant was based on conventional reasoning, what was striking about this ruling was the rejection to grant damages due to lack of sufficient evidence.

Similar to the facts of another suit where Gaurav Bhatia was defendant (Cartier International v. Gaurav Bhatia), the e-commerce website run by the defendant, www.digaaz.com hosted counterfeit Mont Blanc products, claimed that they were originals and sold them at heavily discounted rates. On finding out about the infringement, the company filed a suit against the website, its directors and operators alleging trademark infringement.

On application of reasoning similar to the Cartier case, the judge came to the conclusion that the defendants were in fact liable for infringing their trademark by selling counterfeit products as original Mont Blanc products, and hence granted a permanent injunction against them. However, the judge refused a claim for damages of 20 lakhs citing lack of sufficient evidence.

The Jurisprudence on Damages

Be it punitive or compensatory, the Delhi High Court has been consistently inconsistent in terms of not only computing how much damage should be awarded but also when it should be awarded. Though many methods of calculation have been proposed (keeping the financial status of the defendant in mind as discussed here, or the host of factors to be taken into account as mandated by the EU directive), what is fundamental to the question of awarding damages is the proof of actual loss or damage suffered by the plaintiff. This basic question not only addresses the when but also the how much of the damages.

Leading the parade in type (a) is the Sholay judgment discussed here, in which damages were awarded even when the plaintiffs accepted the fact that actual damages could not be proved. The reasoning given by the Court was limited to use of precedent (Time case), which itself has been criticized. It is also notable that the punitive damages awarded amounted to 10 lakhs. A case that follows this is the Hero Honda case, in which no damage was estimated but damages to the tune of 5 lakhs were granted. The reasoning used by the Court in both these cases seems to be that damages are the logical consequence of an infringement, excluding monetary determination.

The (b) type contains the Mont Blanc and the Glaxo Smith Kline vs Sarath Kumar Reddy case, (“GSK Case”) where though the Court found that trademarks of the plaintiffs had been infringed, it refused to grant damages due to lack of sufficient evidence. Though the Court did not expound on the material (that had to be) submitted in the Mont Blanc case, in the GSK Case it clearly laid down that material showing the sales of the defendant and quantification of losses caused to the plaintiff due to infringement of their trademark were required for a claim for damages to succeed.

These categories stand as opposing poles, with the gray area in between filled by the recent case of Cartier International v Gaurav Bhatia. There were three noteworthy points about this case – (a) the details which were submitted as evidence for losses suffered by the plaintiff, (b) the method of calculation of damages and (c) the sheer amount of the punitive damages: a whopping 10 crores!

But even this case is not without its flaws. Firstly, though the Court noted that the details of losses suffered by the plaintiffs and the defendant’s profits were provided to the Court, there is no discussion about it anywhere in the judgment. It notes, in fact, that the details that have been provided are sufficient, without guiding us as to what ‘sufficient’ is. Secondly, even though several suggested methods (by the plaintiffs) are considered to compute damages, there is no reasoning as to why an amount as huge as 10 crores was awarded.

The treatment of damages in jurisprudences across the globe has been dealt with already here, but what deserves to be noted is that Article 13 of the EU Directive on Intellectual Property (Directive 2004/48) requires actual prejudice to be shown. This can be in several forms, like loss in revenue due to infringement or the profit to the defendant or lost royalty, but some quantification is required to award damages. Though this is admittedly complicated, it is desirable to provide consistency, clarity and some level of predictability to the whole process, which in the mish-mash of contradictory rulings is urgently required.

One can now only hope that the High Court doles out a ruling soon enough, that casts light on this question of ‘damages’ and pulls it out of this quagmire.