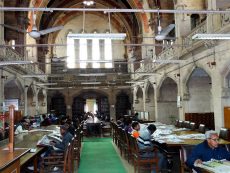 This post is in continuation to my previous post (here) on the National Digital Library of India’s Copyright Guide. Here, I discuss how the Copyright Guide’s Templates of Declaration demonstrate a flawed understanding of fair dealing and user rights under the Indian Copyright Act.

Is the concept of “Fair Dealing” in the Indian Copyright Act related to Libraries clearly explained? If not, please indicate the aspects that are not sufficiently clear.

The Guide adopts the progressive legal ontology of calling permissible uses of copyrighted works under Section 52(1)(a) [erroneously referred to as S.51(1)(a) in the Guide] of the Indian Copyright Act as user rights. Recognising lawful uses of copyrighted material as user rights can operate as a means to limit the owner’s control over copyrighted material in favour of the content user and the public. However, the Guide does not extrapolate this concept or seem to be on board with its adoption into practice beyond the use of mere semantics.

Justice Endlaw in the landmark Delhi High Court judgment in the DU Photocopy Case, cited an article to emphasise the similarity of free speech and copyright goals by noting that copyright is meant to foster and not restrict the “harvest of knowledge, motivate the creative activity of authors and inventors in order to benefit the public.” This reasoning evidently highlights that the goal of copyright is served insofar as compensation to creators operates as a means for greater public welfare. The exercise of user rights under Section 52(1)(a) of the Copyright Act serves an important social purpose. Users are entitled to exercise these rights to the extent justified by their stated purpose. User rights were given an extensive interpretation in this case by relying on the German Federal SC in Re. the Supply of Photocopies of Newspaper Articles by Public Library [(2000) ECC 237] to bolster the conclusion that “the freedom to operate and the reproduction rights of authors were restricted in favour of freedom of information.” Justice Endlaw noted in this regard that no extraneous limitations could be read into Section 52 by Courts inquiring into whether the rights of the authors were unreasonably prejudiced since the legislature would be presumed to have already determined otherwise by enacting Section 52 and the purposes mentioned therein.

The Copyright Guide makes the user’s intention irrelevant to fair dealing. In its examples of fair dealing under the user rights section, it is mentioned that: “to the extent that the point can be made effectively without extracts in a piece of criticism and review, extracts should not be used. Fair dealing in the case of reporting current events is particularly restricted: if an event can be reported without extracts from any in copyright work (e.g. in reporting the death of an author or performer, or writing an obituary, the use of extended extracts of the author’s work is not permissible.)” The Guide notes that due attribution in these cases would not make the dealing fair. Consider an example: The extracts may not be necessary for my criticism, review, research etc., i.e. I can still effectively make my point by omitting them or resorting to alternatives, such as paraphrasing. However, would that make their use unfair? No, to the extent that the extracts are justified by (and not necessarily necessary for) the purpose of criticism, review, research etc., my use is fair. Every bit of material I use may not be necessary for my criticism but it can further my criticism as I intend to develop it, and is thus fair.

Now against this context, the template for declaration by users/patrons of the library is meant to fill a gap in institutional frameworks that do not ensure that users fill forms that follow the “overall ethos of private use and research.” Point two on the form for photocopying pages from a copyrightable work require a declaration that “To the best of my knowledge no other person with whom I work or study has made similar request for substantially the same content.”  Section 52(1)(a) pertains to fair dealing for the purpose of private or personal use, including research. Now, even if I know that someone else I study with has a photocopy of the said material, why would it preclude my obtaining a photocopy of the same for my private study or research? Point 3 requires me to declare that, “I will not distribute a copy of it to any other person and will not make multiple copies of the same.” The final declaration requires me to affirm that all the declarations I have made are true, and if not, I shall be liable for copyright infringement.

Research often has collaborative elements and flourishes from discussing ideas pertaining to the same text’s interpretation with each other. the Canadian Supreme Court in the landmark case of Alberta (Education) v. Canadian Copyright Licensing Agency (Access Copyright), held that the notion of ‘private’ in ‘private study’ should not be construed in a way that requires users to “view copyrighted works in splendid isolation.  Studying and learning are essentially personal endeavours, whether they are engaged in with others or in solitude.  By focusing on the geography of classroom instruction rather than on the concept of studying, the Board again artificially separated the teachers’ instruction from the students’ studying.”  This goes on to corroborate that multiple users having copies of the copyrighted work in question and working together would still be said to engage in private study because of the personal nature of the endeavour of studying and research. This is a possibility that the Copyright Guide’s template for declaration does not envisage. Some thing as innocuous as sharing photocopies of the copyrighted work with your study group at University and discussing ideas and arguments for your research paper would squarely fit within fair dealing for private research but be disallowed by the declaration under the Copyright Guide. Such copies would crucially facilitate access to knowledge and intelligent conversations among groups of people and have no impact on the markets of the copyrighted works. Further, in the case of CCH Canadian v. Law Society of Upper Canada, the Canadian Supreme Court had noted that the amount of material copied has to be assessed in light of the purpose of use. It held that for purposes such as research and private study, copies of entire academic works may be required to be made.

Finally, the determination of fair dealing based on the unique circumstances of each case lends itself to uncertainty which has the tendency of curtailing user rights when in doubt, in order to avoid liability. This risk aversion contributes to a clearance and permissions culture. These declarations may constitute contractual waivers of some part of one’s user rights, which as I have analysed here, is opposed to public policy. It can also result in negative externalities, chilling free speech and fair dealing. This can ultimately constrain the scope of user rights as people increasingly waive them away via declarations as preconditions to accessing library resources. This would make their use absent permission less routine and eventually less fair, until it is not considered fair use at all due to a doctrinal creep in the understanding of user rights altogether.

The author thanks Akshat Agrawal for his help with these posts!