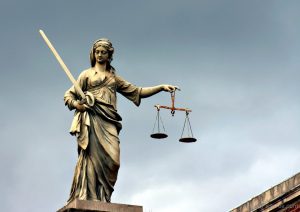 This decision of the DIPP to proceed with these appointments is surprising, given the multiple lawsuits filed against the government challenging the constitutionality of not only the Tribunal, Appellate Tribunal and other Authorities (Qualifications, Experience and other Conditions of Service of Members) Rules, 2017 (which govern the appointments) but also the provisions of the Finance Act, 2017 under which these rules have been promulgated. These amendments affect 19 tribunals.

At last count, I heard of at least 6 challenges before the Supreme Court and 4 challenges have been filed before the High Courts at Bombay, Delhi, Madras and Gujarat. The petitioners in these lawsuits include former Cabinet Minister Jairam Ramesh, a NGO called Social Action for Forest and Environment, the Armed Forces Tribunal Bar Association, the Madras Bar Association, a retired bureaucrat, the All India Lawyers Unions, the Central Administrative Tribunal’s Bar Association, the Tax Friends Association, a Chartered Accountant etc. In other words, a lot of people are upset/furious with these new rules because the Finance Ministry, under Arun Jaitley, has completely ignored all existing precedents of the Supreme Court on the minimum requirements of judicial independence of these tribunals. The appointment and removal criteria for the judges being appointed to these tribunals is preposterous to say the least because it gives the executive overwhelming power over the process of appointment and removal of the judges We have covered this issue earlier, over here, and I will therefore not reagitate the issues here.

Apart from the issue of judicial independence there is also the question of whether the Finance Act itself is constitutional because it was classified as a money bill (thereby evading the Rajya Sabha) when it was in fact amending legislation like the Trade Marks Act that had never been classified as a money bill. Again, we have previously covered the issue over here and here and I will not repeat the issues.

According to a report in the Indian Express dated October 26, 2017 the Attorney General informed the Supreme Court that the government would take a relook at the rules and bring them in consonance with the precedents of the Supreme Court. He had requested an adjournment for three weeks.

Keeping in mind the above development, the DIPP would be well advised to not constitute the selection committees to screen the applications that it receives until this issue is resolved before the Supreme Court because all appointments made under unconstitutional rules will automatically be struck down as illegal and the DIPP will have to tackle multiple litigation on the issue. At the very least the DIPP would be well advised to seek a legal opinion from the Attorney General on this issue.