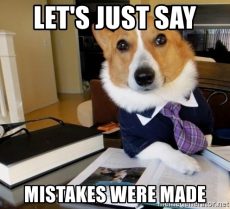 Long time readers may remember earlier posts by Prashant (in 2017 and 2012), looking into opposition disposal and pendency rates. In a similar exercise, while trying to collate data on patent oppositions (filing, disposal and pendency rates), we looked through data available in the Annual Reports published by the Office of Controller General of Patents for the last few years. On finding that the Annual Reports for 2018-19, and 2019-20 hadn’t been published as of August 2020, we filed an application under Section 6 of Right to Information Act, 2005 (RTI Act) requesting the relevant public officer to send us this information. In what came as a surprise for us – one part of the data seems to contradict itself!

Our request and the Patent Office’s response can be found here. Instead of providing the data for 2018-19, we were told to look at the Annual Reports (which had been uploaded shortly after we sent the initial RTI application). They did however provide us with opposition information for the year 2019-20.

The two tables below (Table 1: Pre-Grant Opps, Table 2: Post-Grant Opps) have been compiled using the data available in the Annual Reports and data made available to us in the RTI response. Please note: pre-grant oppositions don’t correlate directly to patents filed or examined that same year, since examinations or pre-grant oppositions frequently take place in years subsequent to filing. However, it still gives us a rough idea of the overall trend of the rate of growth, so we have listed it as an approximate proxy measure.

While the number of pre-grant oppositions and the number of patent applications both rise (as can be expected), the disposal numbers show an interesting deviation suddenly in 2018-19.

Do note though, that this does not account for withdrawals of opposition. And frankly, we have no idea how many withdrawals take place. If, for the sake of trying to arrive at a number, we were to (randomly and perhaps generously) assume that 1/4th of the total applications are withdrawn, that would still leave ‘approximately’ 2,000 plus pending oppositions! For comparison, as per the 2018-19 Annual Report, 64,686 patents were in force as of March, 2019.  If any readers have a better idea of withdrawal rates (or any additional information on any of this), please do let us know.

It is a bit of a shame that there don’t seem to be publicly available numbers on how many pre-grant oppositions are pending, even as the number seems to be reaching an alarmingly high number.

The number of pending oppositions after 2018 was 193. The following year had 28 fresh oppositions and 7 disposals. Mathematically, this should mean there are 214 pending post-grant oppositions at the end of 2019-20. How do the official figures only have 99 on record? That’s a huge difference of 115!

We wrote in highlighting this discrepancy but have yet to receive any clarification or correction on this. We’ll continue to pursue this but the very existence of this discrepancy indicates that something needs to be fixed!