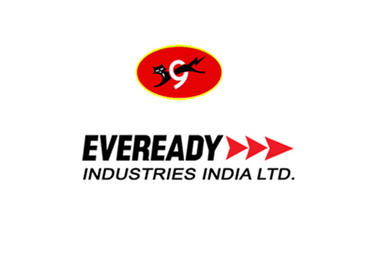 In my earlier post on the IPAB’s decision (dated September 22, 2020) in Eveready Industries India Ltd. v. Mrs. Kamlesh Chadha, I had introduced the case and covered the issue concerning the renewal procedure. In this post, I discuss another connected issue, concerning the validity of the assignment agreement executed in 2009 but with effect from 2005. Based on evidence, the IPAB concluded that this was a sham document and I don’t intend to get into an analysis of whether this finding of fact is correct or not. Foundationally, it was connected to the IPAB’s finding discussed in my earlier post that the trademark had already automatically lapsed in 2006 (plus one year) and that the subsequent restoration in 2010 has no effect in law. If that is so, the IPAB concluded, there cannot be an assignment of a non-existent registered trademark later in 2009. Even though the assignment agreement stated that it would have effect from 2005, the IPAB also observed that there could not be a valid assignment agreement with retrospective effect. The IPAB held that there is no provision in the legislation for anti-dating a document. Although there is a reference to Section 45 of the Trade Marks Act, 1999 when issuing this finding, the connection to this provision is unclear.

Although not directly raised before the IPAB in this case, the finding of the IPAB also brought to my attention an issue that had bothered me before – that of the IPAB’s jurisdiction. Let us assume that there is indeed some question as to the validity of a trademark assignment agreement – whether because the agreement has a retrospective effect or for other grounds. If such document/assignment agreement stands registered under Section 45, any person aggrieved by such a decision or order can prefer an appeal to the IPAB under Section 91 within three months. In the Eveready case, it does not appear that such an appeal was preferred.

Alternatively, in theory, it may appear that a person aggrieved by an entry made in the trademark register (such as the entry of a new proprietor based on an assignment agreement) may independently apply to the IPAB or the Registrar for expunging that entry. I am not aware of any judgment in India on this specific issue (I am open to correction). I am aware of at least one English case where it was observed that a dispute on an entry relating to an assignment is to be agitated in a rectification proceeding because a special remedy is provided in the form of an appeal (In Re: Application by Cranbux Ld., (1928) 45 RPC 281, at 287):

“In my view a question whether or not an assignment from the existing proprietor is one which gives a good title to an application for registration ought normally to be raised by way of an appeal from the Registrar’s decision […,] and ought not to be raised by an application by the assignor [sic.] [under a rectification proceeding]”

Even if one were to assume that a rectification proceeding is maintainable under Section 57 of the Trade Marks Act, 1999, this raises an interesting question on jurisdiction – can the IPAB or the Registrar look into the validity of the substantive terms of an assignment agreement? Or is that a matter reserved only for a court of competent jurisdiction? On this specific issue, the scheme of the legislation pulls in opposite directions on the fact of it. On the one hand, Section 57(3) of the Trade Marks Act, 1999 (current version as well as the version before the 2010 amendment) suggests that the IPAB, when acting under Section 57, is entitled to “decide any question that may be necessary or expedient to decide in connection with the rectification of the register“. This provision appears to give a very wide berth to the IPAB and presumably, covers an issue touching upon the validity of the contract itself.

On the other hand, after the 2010 amendment, Section 45 was substituted in entirety, and a new clause (3) was added to the following effect:

This provision certainly indicates a legislative intent that the validity of an assignment agreement is to be decided by a court of competent jurisdiction.

I don’t have a conclusive opinion on the issue but to allow the IPAB to rule on the validity of the agreement does raise some concerns. For instance, suppose the assignment agreement is being challenged as being an agreement executed under coercion or is invalidated by fraud/misrepresentation. Is it the position that the IPAB can give a ruling on this issue? I welcome any thoughts on this matter because I am not aware of any specific judgment in India directly on point.