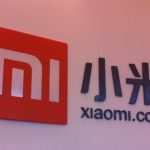 SpicyIP recently reported on the Delhi High Court judgment in a SEP dispute where an anti-anti-suit injunction was issued against the anti-suit injunction issued by the Wuhan Court (Interdigital v Xiaomi). There are already two posts on this issue (here and here). My post intends to focus only on one issue, which I consider to be highly relevant. According to me, the issue on the grant of patent by the sovereign that I am discussing, did not get the deserved attention in the judgment.

Patents are territorial rights. In other words, one cannot claim protection in China or US with an Indian patent and vice versa. If an invention needs to be protected, one should obtain patent rights in the respective national jurisdictions.

If only a sovereign can award patents (which in this case is the Indian state), the infringement of that particular patent can be adjudicated only by the courts of that sovereign which granted the patent. How can then a Chinese court issue an anti-suit injunction against the infringement proceedings concerning an Indian patent which is before an Indian court? Such an anti-suit injunction challenges the principle of sovereignty of India. In fact, it challenges the basic rationale behind patents and ought to be negated. As to draw a parallel, taxation is a sovereign right. Can a Chinese court interfere with a tax litigation before Indian Court?

One of the arguments of Xioami was the earlier institution of suit in Wuhan court concerning FRAND royalty determination. According to me, the timelines of institution of suits are totally irrelevant. The Wuhan Court cannot simply award anti-suit injunction against infringement proceedings concerning Indian patent – a matter over which it does not have any jurisdiction whatsoever.

Let us contrast this case with the judgment delivered by the UK Supreme Court in Unwired Planet v. Huawei. While the UK Supreme Court held that it can determine global FRAND royalty rates (where it draws the jurisdiction from the contract entered into by the parties, which is the ETSI IPR Policy), the Court held that the questions pertaining to the validity and infringement of national patents fall within the jurisdictions of the respective national courts (para 58).

The Wuhan Court, according to me, had crossed the rubicon and therefore, the anti-anti-suit injunction granted by the Delhi High Court was quite warranted.

I consider this to be a well-written judgment by Justice Hari Shankar, running into 73 pages. It carefully weighed the arguments of the counsels and appreciated the counsels of both the sides for their arguments.

The judgment also carried an interesting observation, which I cant agree more with: “I may also take judicial notice, in this regard, of the fact that fixation of FRAND rates by this Court, being the final relief sought in the suit, is not likely to take place in the near future. (Quite possibly, the Wuhan Court may not be aware of the time taken, in courts in India, for commercial litigations to attain fruition.)“ (para 60)