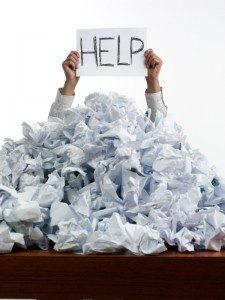 Over the last two years we have been subject to a relentless stream of press statements from the DIPP Joint-Secretary Rajiv Agarwal and Controller General O.P. Gupta, about how the backlog at the Patents Office and Trade Mark Registry has been massively reduced over the last few years. First, let us give credit where it is due – the DIPP and Patent Office finally managed to conduct large scale recruitment process of patent office examiners without any major scandal – that in itself is an achievement. The increased recruitment has no doubt helped clear some of the backlog and speed up the examination process of application. Although from what I see and hear, the quality of the examinations remains a concern.

Keeping oppositions pending for so long does not make an economic sense because it is these very IP applications that are of value to the Indian economy. As is common knowledge now, less than 5-10% of all patents are commercialized. Similarly, most trademark registrations are of little value. If, however a patent or trademark application is opposed, it is a signal that the underlying IP has value worth protecting which means it of more economical value to the country when compared to an uncontested application. Sadly however, this is a point that is often missed out in India and the bureaucracy directs its attention towards disposing uncontested patent and trademark applications.

Hoping to repeat my previous exercise in 2012, I filed a RTI application with the Office of the Controller General of Patents, Trademarks and Designs asking for the same statistics that I asked for in 2012 except I changed the time period to 2007-2017. The last time the Controller General’s office had all the statistics and provided me with the required information in the mandated time. You can read that response over here.  This time, the Controller-General’s Office transferred my RTI application to all branch offices – under the RTI Act a public authority can transfer applications if it doesn’t maintain the records request for by the applicant. The first question is why didn’t Mr. Gupta’s office have these records? In the event of a transfer the practice is to usually inform the applicant that such an application is being transferred. This time around I never received any communication from the Controller General’s office informing me that the application was being transferred. I then started receiving individual replies from different patent offices and trademark registries. To my utter shock, apart from the Ahmedabad Trade Mark Registry, none of the other Trademark Registries or Patent Offices maintained year wise records of oppositions/rectifications filed and disposed!!! All of them simply threw up their hands and asked me to get the data from the Annual Reports or the IPO website – none of which have the latest records.

You can view all the responses that I received via post over here. Some of the others replied via email.

The Patent Offices at Bombay, Chennai and Delhi basically gave me a list of all the pre-grant patent oppositions ever filed before their Patent Office and asked me to manually check the status of each patent opposition on their website. The Kolkata Patent Office tried to fob me off to their annual reports and also asked me to do a manual search of the decisions of the Patent Office. But neither the annual reports nor the search of the decisions of the patent office have the information that I had requested for in the format that I had requested. I wanted an annual break up of oppositions filed and disposed and cumulative figures regarding pendency between 2007 and 2017. The Annual Reports give information regarding the number of pre-grant oppositions filed and disposed per year but it does not state whether the disposals are for the opposition filed in that very year or whether they are disposals from the previous years. There is also no information on pre-grant oppositions that may have been withdrawn (which does happen sometimes). It is therefore impossible to calculate cumulative pendency from annual reports. Those figures lie only with the patent office. Moreover, the latest Annual Report from 2016-17 is not available on the Patent Office website, so I can’t get even basic information for that year. In any case, even if the website contained the information, the public authority is required to provide such information to me under the RTI Act.

The responses from the Trade Mark Registries were similar – only the Registry at Ahmedabad gave me the required information in the requested format but limited to the filings before it and not for other registries. The Delhi TMR simply stated that consolidated information is not maintained with it. Others directed me to the Annual Report or website, where the information is not available in the format that I had requested i.e. year wise filings/disposals. The last available annual report from 2015-16 provides annual filings of oppositions/rectifications and disposals for the year 2015-2016. But does not provide cumulative pendency of oppositions and rectifications. Only the Registry at Mumbai informed me that a total of 113,857 pending trademark oppositions and 5,533 pending trademark rectifications were pending. These figures show a marginal decline in oppositions but more than a five-fold increase in rectification petitions, when compared to 2012!

The question that I have to ask now is this – why exactly are Messers Gupta and Agarwal claiming pendency is down when their underlings at the branch offices do not even have data on the pendency of oppositions and rectifications? Moreover, why is this data not being maintained with Mr. Gupta’s office (as evidenced by the transfer of my RTI application) when his predecessors maintained such records in 2012? If his office isn’t keeping track of this data, how exactly does he plan to tackle 135,874 oppositions + 5,533 rectifications under the Trade Marks Act and a yet to be revealed number of oppositions under the Patents Act? Unlike examination of applications, which can be concluded quite swiftly – given the low quality of examinations – oppositions are complicated, in that they take a lot of time since oral arguments have to be heard by the Registrar who is then required to pass a well-reasoned order that can be sustained on appeal before the IPAB.

How Mr. Gupta or Mr. Agarwal plan to tackle this pendency is anybody’s guess but whatever the solution it will need out of the box thinking.