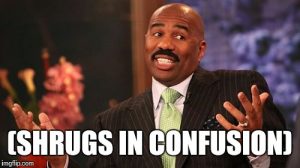 On 29th November, the Apex Court, by way of an SLP, conclusively settled (or did they? *dramatic music*) an extremely important question regarding TM rectification proceedings. The order, available here, appears to be comprehensive, well-reasoned, and one which provides for much needed judicial clarity on an important piece of legislation. However, at the risk of contempt, we found that the order gets quite befuddled at the end. So, we got together to try and deconstruct the order and present the same to you, our readers, for thoughts and some much needed assistance.

(That’s fancy talk for: Buckle Up. And pay close attention.)

The SLP arose out of a simple case of alleged infringement involving the marks “Field Marshall” and “Marshall.” After some serious back and forth between different courts in the country, the matter finally came up before a SC roster, for resolution of a rather interesting issue. The issue as framed for determination, by the Apex Court –

“In a situation where a suit for infringement is pending wherein the issue of validity of the registration of the trade mark in question has been raised either by the plaintiff or the defendant and no issue on the said question of validity has been framed in the suit or if framed has not been pursued by the concerned party in the suit by filing an application to the High Court for rectification under Sections 111 read with Section 107 of the Trade and Merchandise Marks Act, 1958, whether recourse to the remedy of rectification under Sections 46/56 of the 1958 Act would still be available to contest the validity of the registration of the Trade mark.”

Before we move any further, we’d like to caution that the judgment goes back and forth in terms of the section numbers it refers to, both in the new and old Act. And since we’ll be quoting from the judgment quite often over the course of the post, this can get slightly confusing. So, here is a quick table as a ready reference:

Now, the issue as framed by the Supreme Court requires some context and deconstruction, so let’s start at the very beginning:

The question, then, essentially is (and this is what the Supreme Court took up): when, there is a suit for infringement, what happens to these remaining modes available under the Act(s), to challenge the validity of registration of a mark? Can the litigant still pursue rectification under the former provisions, regardless of the outcome of the suit as under the latter provisions? In other words – when a suit for infringement is instituted, do the latter provisions immediately take over and oust the effect and application of the former ones? Or are they parallel provisions, independent of each other?

True Import of these provisions

Although these questions were answered by the Madras and Delhi High Courts, on several occasions, there was a fair amount of ambiguity that still remained. This ambiguity stemmed largely from the lack of any precedent on the same. Well, until now, at least.

Before setting out its own opinion, the Supreme Court took note of this judicial ping-pong with regard to the aforementioned sections. The Delhi HC took the first effective serve, via its ruling in Astrazeneca. In this case, it held that in cases where the civil court decides that the issue of validity of registration is not prima facie tenable, then the only option available to the litigant is to appeal this decision. The litigant cannot attempt to challenge validity, once again, by approaching the IPAB (by way of sections 47 & 57).

This ruling was distinguished by the Madras HC in B Mohammed Yusuf, which holding found expression in an order of a Full Bench of the Delhi HC in Data Infosys. In Data Infosys, the full bench of the Delhi HC overruled Astrazeneca, and held that the statutory body empowered by the act to decide the validity of registration is the only body that has jurisdiction to do so. As per the 1999 Act, this statutory body is the IPAB. The Court, then clarified, that the civil court cannot thus prevent a litigant from taking approaching this statutory authority in order to challenge validity of registration of a mark. Therefore, if, in a suit for infringement, the issue of validity comes up and the court decides that this issue is not prima facie tenable, or if, the court decides that it is prima facie tenable, but the litigant does not institute rectification proceedings within prescribed time, then other methods of remedy (specifically, under sections 47 and 57) remain unaffected, for the benefit of the litigant. In essence, the litigant can still very much challenge validity under other sections of the act, regardless of the suit for infringement.

But, the Supreme Court was not impressed.

It disagreed with the Delhi High Court’s reasoning, entirely. It clarified that the scheme of the Act is different when a suit for infringement is instituted under sections 124 & 125, than in case of simple rectification proceedings under sections 47 & 57. Employing well established principles of interpretation of statutes, the Supreme Court reminds us that a legislation is to be read and understood in its entirety. As such, it clarified that both the old and new act are clear on the fact that the authority to decide upon the validity of registration of a trademark vests only with the statutory authority (earlier, High Court/registrar). Further, such a decision would in all cases bind the civil court. However, it is a wholly different situation, when a suit of infringement is pending and the issue of validity of registration is raised therein. In the words of the Apex court (in paragraph 27), “in a situation where a suit is pending (whether instituted before or after the filing of a rectification application) the exercise of jurisdiction by the prescribed statutory authority is contingent on a finding of the Civil Court as regards the prima facie tenability of the plea of invalidity.” (emphasis)

Therefore, if the civil court finds no prima facie tenability of the issue of validity of registration in a suit for infringement, then the only remedy available to a litigant is to appeal the same. The rights under sections 47 & 57 would not be available to the litigant. The court notes that, “This would be necessary to avoid multiple proceedings on the same issue and resultant conflict of decisions.” This would also be the case if the litigant fails to approach the statutory body for rectification, within the prescribed time limit, after the civil court gives them the green signal in respect of prima facie tenability.

Providing an illustration to further explain its point, the court notes,

“The position may be highlighted by reference to a suit for infringement where the defendant raises the plea of invalidity of the plaintiff’s trade mark and also in the alternative takes up any of the defenses available in law. The defendant by operation of Section 111(3) of the 1958 Act is deemed to have abandoned the plea of invalidity. In the trial it is found that the defendant is guilty of infringement and is appropriately restrained by a decree of the Civil Court. If the right under Section 46/56 of the 1958 Act is to subsist even in such a situation, the possible uncertainty and possible anarchy may well be visualized. This is why the legislature by enacting Section 111 of the 1958 Act has mandated that the issue of invalidity which would go to the root of the matter should be decided in the first instance and a decision on the same would bind the parties before the civil court. Only if the same is abandoned or decided against the party raising it that the suit will proceed in respect of the other issues, if any.”

That being the case, what in God’s green earth does paragraph 35 mean?

“Section 111 of the 1958 Act and the corresponding Section 124 of the 1999 Act nowhere contemplates grant of permission by the civil court to move the High Court or the IPAB, as may be, for rectification…. The requirement of satisfaction of the civil Court regarding the existence of a prima facie case of invalidity and the framing of an issue to that effect before the law operates to vest jurisdiction in the statutory authority to deal with the issue of invalidity by no means, tantamount to permission or leave of the civil court, as has been contended…”

Despite our best efforts, we really cannot completely reconcile these two paragraphs. Does the Hon’ble Supreme Court mean that a “finding” of a Civil Court ( as mentioned in paragraph 27) is different from “Permission or leave” of the Civil Court (as mentioned in paragraph 35)? A case of judicial semantics our judges love to engage in? The closest interpretation to reconcile the two paragraphs we could muster was that the standard for “permission or leave” is much lower than the standard for a “finding” of the Civil Court. In the former, an application would need to be filed, and is perhaps a mere procedural requirement, while in the case of the latter, a finding is a lot more intensive exercise undertaken by the Court. We assume that the Judges meant that in the case of “leave or permission” of the Court, the Civil Court can stay the suit and confer jurisdiction upon the statutory authority even in the lack of a prima-facie case, whereas in the case of a “finding”, the standard is stricter. It can confer jurisdiction on a statutory authority ONLY IF, there exists a prima facie case. Convoluted to say the least, and a problem that could have easily been avoided by the Court with more watchful drafting.

Aside from this dubious distinction, there is another issue. Under the reasoning of this judgement, when a suit is filed, and a period is given for written submissions and then a plea of invalidity is raised, and issues are framed, the Civil Court judge then determines to see if there is a prima facie case of invalidity, which requires the suit to be stayed and for the IPAB to hear the rectification proceedings. However, what constitutes a prima-facie case in this context, is nowhere defined by the Hon’ble Supreme Court. More so, knowing the propensity of our judges to interpret prima-facie to mean final determination of issues, the hearing for a prima-facie determination might be as extensive as the entire rectification proceedings before the IPAB itself!

This order stands to remind us, and all of the judicial institutions in the country, of some of the things that concern the legal system the most – things that we should all be trying to avoid and eliminate – multiplicity of proceedings leading to huge backlog and overburdening of courts; and ambiguity in our legislations leading to…well, just a lot of confusion. Having noted that, however, the fact remains that what started out as a well-reasoned, terse, and erudite judgement, ended up being a little more convoluted and confounding than we would have liked.

Or perhaps we are just overthinking the issue entirely – you know, making a ‘Field Marshall’ out of a ‘Sepoy’?

P.S- Sole Author’s Note (Harsha): I was arm-twisted into calling this a ‘Spicy IP Duet.’