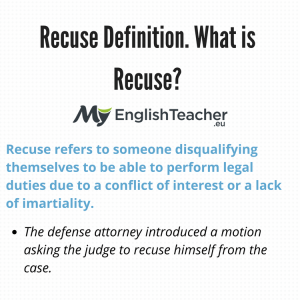 The ‘gun’ in question was a highly irregular order passed by the Supreme Court on December 20, 2019 in a petition filed by AIPPI (Association Internationale pour la Protection de la Propriété Intellectuelle which in English translates into the International Association for the Protection of Intellectual Property) asking for the appointment of Justice Manmohan Singh to the IPAB until the government finalized new appointments to the IPAB. This is not the first time lawyers from Delhi, have tried to get an extension or reappointment of Justice Manmohan Singh to the IPAB. In July, last year, we had blogged about another case, where the Delhi High Court was being asked to consider giving Justice Manmohan Singh an extension beyond his retirement date until his replacement was appointed. The Delhi High Court did not pass any such order.

I fail to understand this enthusiasm for Justice Manmohan Singh because several of his landmark orders have been overturned. From a strictly academic standpoint, his orders lack the intellectual rigour that we see from other judges at High Courts. But returning to the facts of this case, there was absolutely no legal precedent to the remedy sought by the AIPPI before the Supreme Court. Statutory retirement ages cannot be bypassed by a court of law. These days however, the Supreme Court is no longer constrained by the law or by the need to provide reasons. Its order giving Justice Manmohan Singh an extension is bereft of any legal reasoning – it only reasons that the IPAB cannot be headless and hence an extension would be provided. When the government did not issue the appointment order for two months, Justice Pratibha Singh of the Delhi High Court pulled up the government, after which the appointment order was issued by the ACC on March 2.

The ethical quandary now for the AIPPI is whether its members, which consists of a significant number of IP lawyers in Delhi, can appear before Justice Manmohan Singh, given that he owes his next six months on the bench to the efforts of the AIPPI. Just to be clear, in the past, IP associations like APPA have sued the government for the lack of judges on the IPAB but they never asked for the appointment of a specific judge, they always prayed for the appointments to be made without naming any names. This petition by the AIPPI is the first time where lawyers specified their preference for a specific judge. The test for recusals is not necessarily examples of actual bias by a judge towards a lawyer but also the perception of likely bias. This is because justice must be seen to be done. I think that standard would be met in this case where an association of lawyers specifically asked for the appointment of a judge and the judge is appointed as a result of their efforts. I trust the ethical compass of the AIPPI will kick in before any redlines are crossed.

But nevertheless I would like to hear the views of our readers on this issue. And it goes without saying that AIPPI has an open invitation to respond to this post on SpicyIP.