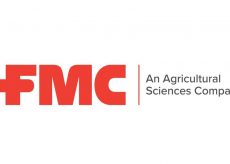 Logo of FMC (Image from here)

The Delhi High Court in a judgment last month allowed FMC Corporation’s (‘FMC’) interim injunction application against Natco Pharma Ltd (‘Natco’) and Best Crop Science LLP (‘Best Crop’). The injunction was sought with respect to FMC’s patents relating to Chlorantraniliprole (‘CTPR’), a product used for making insecticides. This injunction plea came about as the defendant sought to launch a CTPR product which according to FMC would infringe its patents. It is one of the most significant patent disputes to have arisen in the agrochemical sector, at least in the recent times. In this post, I shall discuss some of the key issues discussed by the decision. Particularly, I shall analyse issues surrounding the coverage-disclosure dichotomy and obviousness, anticipation by prior claiming and prior publication, as discussed by the court. Additionally, I shall discuss important factors for injunction inadequately discussed by the court and particular issues to watch out for the trial.

The two concerned patents asserted by FMC are IN 201307 (“IN’307”) and IN 213332 (“IN’332”) which are the product patent for CTPR and the process patent for its preparation respectively. Both these patents expire in August 2022. The defendants in this case do not disclaim the fact that the launch of their product would infringe the product patent IN’307 as it stands. They instead contest the validity of the patent itself in light of the genus patent of IN’307, IN 204978 (“IN’978”). IN’978 contains a Markush formula in which CTPR is encompassed. FMC’s primary contention was that CTPR was not specifically disclosed in IN’978 and that IN’307 is a valid specie patent.

The key argument raised by the defendant was that CTPR was disclosed in the genus patent IN’978. Two important submissions were made to support this argument. First, when the preferred embodiments from the complete specification of the genus patent are applied to the concerned Markush structure, it led to CTPR, as the defendant demonstrated using a chart. The court, however, rightly pointed out that for a determination on obviousness it must be seen whether a person skilled in the art would have reached the specie patent from the genus patent “without unduly straining his imaginative and creative faculties”. In this context, the court noted that the defendant “clearly cherry picked” specific substitutions from the millions of possibilities in the Markush structure in IN’978 to arrive at CTPR without any explanation as to why these particular substitutions were selected. Hence, the argument was based merely on hindsight analysis without the concerned substitution being obvious from the genus patent.

Second, that FMC acknowledged that CTPR fell within the coverage of IN’978, and that as per the decision in Novartis there could not be any dichotomy between coverage and disclosure. This has been an issue discussed in detail on the blog in the past as well (see here, here, here, here, and most recently here). This is where the judgment turns murky. While at places it seems to indicate that FMC agrees that CTPR is covered within IN’978 given that FMC argues for patentability of compounds within the coverage of the genus patent (see paras 11.6 and 11.9, for instance), and the court itself discusses patentability of compounds within the genus patent’s coverage (see para 11.14.4), it later reproduces FMC’s plaint and replication to highlight there is no admission of coverage (see paras 11.16 and 11.17).

The court then discusses Novartis elaborately and summarised the position of law laid down by it as “something which is specifically claimed or covered by the specific claim cannot be disowned by asserting that it was not disclosed.” While this appears to be a reasonable interpretation of Novartis, the court fails to explain what it understands by the concept of coverage to begin with and how is it different from the claims. Without indicating the difference between the concepts, the court merely concluded, “in the present case, no claim, no coverage and no disclosure, by the plaintiff, of CTPR in the genus patent”.

The above lack of clarity impacts the court’s analysis of Section 53(4) which provides that upon expiry of the term of a patent, “the subject matter covered by the said patent shall not be entitled to any protection” (emphasis supplied). The court deemed it to be inapplicable since CTPR was “neither claimed nor disclosed in Claim 22 of IN’978.” This was the logical conclusion once the court had already held that CTPR was not covered within IN’978. However, the court failed to even refer to the term used in the provision, ‘covered’. An interpretation of the term would have provided the much desired clarity as to the court’s understanding of the concept of coverage which seems amiss in the judgment, thereby providing no particular guidance on interpreting it in future cases.

Anticipation by Prior Claiming

The next argument raised by the defendant was a challenge based on Section 64(1)(a) as per which a patent can be revoked where the invention has been claimed in a patent of an earlier priority date. It was argued that this provision will be applicable even if CTPR was not disclosed in IN’978 because it was still claimed in the same which the defendant claimed was proved by FMC’s admission to this effect. The court soundly rejected this argument on two grounds: first, there was no admission from FMC of coverage, and second, in any case, the provision does not concern itself with scope of the claim or coverage, but it explicitly referred to comparison of claims. In the instant case, it could not be said that CTPR was specifically claimed in IN’978. If the defendant’s broad interpretation were to be relied upon, it would obviate the possibility of the existence of any selection patents which even the Supreme Court in Novartis did not seem to agree with.

Anticipation by Prior Publication and Lack of Novelty

The final important ground raised was based on Section 64(1)(e) which allows for revocation if the invention is not new, “having regard to what was publicly known or publicly used in India before the priority date of the claim or to what was published in India or elsewhere in any of the documents referred to in section 13”. The defendant argued that CTPR was disclosed and published in US’424, US’357 and EP’508 patents which are Markush type patents and have priority dates even prior to IN’978. The court, after a harmonious reading of this provision and Sections 13(1)(a) and 13(2), concluded that priority date is not relevant for the second half of Section 64(1)(e) which deals with anticipation by prior publication. In a clear analysis, it highlighted that the relevant deadline to be considered is the “date of filing of the applicant’s complete specification”.

Subsequently, court analysed the meaning of the term ‘publication’ as is used in the provision. To this end, it referred to Section 10(4) which requires complete specification of a patent to include, inter alia, claims detailing scope of the invention, and disclosing the best method of performing the invention. Based on this, the court held publication would entail disclosure in a prior patent. Admittedly, it is a sound argument to state that if a claim is not disclosed in a prior patent, it is difficult to argue that the prior patent anticipated the latter. That being said, the court does not explicitly highlight why it believes that the term ‘published’ in the provision should specifically be interpreted to mean the disclosure of invention. For instance, in a patent granted with a slightly wider claim than disclosure, the claim might be a more relevant consideration than disclosure per se.

The decision is an extensively long decision (spanning 175 pages!) attempting to be thorough with all arguments raised by both parties on merits. This, however, concerns only one of the prongs of an interim injunction enquiry, that being the establishment of a prima facie case. There are two other important requirements to be considered: balance of convenience and irreparable harm being caused to the plaintiff if the injunction is denied. In case of pharma patents, courts have added a fourth factor to be considered, that being the effect on public interest if the injunction is granted (see here, here, here, and here). While I am not aware of any decision pertaining to agrochemicals where public interest has been specifically enumerated as a factor to be considered, given the direct effect of these patents on public health and nutrition, it would be interesting to see if this factor should be specifically considered for agrochemical patents as well.

In the entire decision, I could not find any discussion on balance of convenience without which it is technically not permissible to grant an injunction in the first place. The issues of irreparable harm and public interest, on the other hand, received very shoddy consideration. At the outset, both these issues were characterised as “merely “residuary” submissions.” This is despite the fact that at least irreparable harm has been firmly established to be a mandatory factor for consideration. The prong of irreparable harm was considered in just one sentence stating, “Damages, it is well settled, are no panacea in such a case” without conducting a case-specific assessment of the irreparable harm caused to the plaintiff and why damages are not an adequate remedy. This just adds to the trend of cases ignoring factors other than prima facie case while granting an interim injunction. The public interest argument was met with even more befuddling discussion as the court remarked:

“Without citing judicial authorities in this regard, it is well settled that, in intellectual property infringement cases, especially in patent infringement claims and, most specifically, where the infringement case of a pharmaceutical/agrochemical patent, public interest dictates injuncting perpetuation of an invention which is, prima facie, infringing in nature.”

At the outset the jurisprudence on public interest as a principle itself is far from well settled in any sector including pharmaceuticals where it has largely been discussed. In any case, at least I am unaware of any decision specifically discussing public interest in context of agrochemical patents. Moreover, the limited discussion that has happened regarding public interest is arguably contrary to the above stance in that public interest has been used largely as a defence by infringing patents against injunction rather than used as a ground for obtaining an injunction.

Things to Look Out for at the Trial

An interesting argument raised in the proceedings was that in multiple patent applications the plaintiff had asserted CTPR to be claimed and disclosed in the US equivalent of IN’978. The court did not consider it to be relevant at the prima facie stage but it held that the defendant was free to raise these documents during trial. At the same time, it is interesting to note that FMC highlighted that based on the Form 27s filed for IN’978, “they reflected IN’978 as “worked” only after the plaintiff’s CTPR products CORAGEN and FERTERRA had been manufactured and tested”. This in itself is an interesting admission. This is because by claiming that the genus patent is worked by CTPR, FMC technically believes that CTPR is protected by IN’978 as well despite its stand that CTPR is neither claimed nor disclosed in IN’978. These two facets would be interesting to discuss at the stage of trial because FMC seems to strive for the best of both worlds by maintaining a conflicting stance. Incidentally, a single bench order of the Delhi High Court had given particular attention to similar disclosure in Form 27s in another genus-specie patent dispute with respect to AstraZeneca’s TICAGRELOR (see here).