This Post has been co-authored by Rahul Bajaj and Praharsh Gour. Rahul is presently working as a Senior Resident Fellow, Partnerships at Vidhi. Before his stint with Vidhi, Rahul has worked as a law clerk for Justice D. Y Chandrachud (2020-21) and is a Rhodes Scholar (2018). He has also blogged for us in the past and was the SpicyIP Fellow for 2016. Readers can access posts by Rahul here.

Ensuring Access to TB drugs: Is Compulsory License the Way?

By Rahul Bajaj and Praharsh Gour 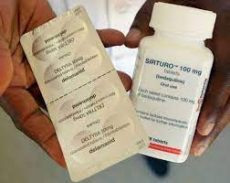 India, which has long promoted itself as the “pharmacy of the world”, has not always been able to live up to this title, especially in recent years. This is especially worrying since it is common knowledge that Indian patent law contains robust flexibilities to promote patient interest. This failure is perhaps typified by the stark realities that have come to light in a pending public interest litigation before the Bombay High Court [BHC], regarding access to life saving drugs, that we’d like to discuss today.

The PIL before the BHC has been filed by two TB survivors, Meera Yadav and Jan Swasthya Manch. The petitioners argue that with 2,60,000 patients in 2019, India has the highest number of people affected with TB, in the world. Therefore, for the government to succeed in its goal outlined in the National TB Elimination Programme (NTEP), bedaquiline and delamanid, two powerful anti TB drugs, must be made available immediately to patients in adequate quantities. They argue further that this need cannot currently be met since the government relies on donations from the patentees, which are alleged to be made in miniscule quantities. The petitioners further argue that access to these drugs “can only be done effectively by issuing a government use compulsory license in accordance with the Patents Act, 1970 (Section 92 or Section 100) so that these drugs can be made available for public non commercial use to address the extreme urgency and national emergency relating to MDR/XDR TB.”

The respondent, Union of India, argued that the government shall consider the representations made by the petitioners within 6 weeks (which ended on 28th April)  and thus requested the court to dispose of the petition, without arguing on the merits.

After considering the arguments, the court ordered the government to consider the representations made by the petitioners and place before the court the government’s decision. [Sidenote: we searched through the BHC website and couldn’t find the follow up orders on the matter and would appreciate it if any of the readers have an idea on what transpired subsequent to the order dated 10/03/21 (pdf). We have also filed an RTI, seeking the details of the order passed by the government on the representations by the petitioners and will update, as and when we receive the response from the government.]

TB, even today, is a severe cause of concern in India. In 2019 WHO had reported that a total of 8 countries, including India, account for more than 2/3rd cases of TB globally. The 2021 annual TB report by the Indian government states that there has been a consistent rise in new cases of TB from 2017 to 2020. And the decrease in the number of cases for 2021 has been due to the shortage of reporting of TB matters to the authority, owing to COVID-19 pandemic. See figure from page no. 12 of the report below :-

(Description: The figure is a graphical representation displaying the increasing trend in TB cases in India, the dip in 2020 has been reported due lack of appropriate notifications of TB matters during COVID-19.)

Then there is the issue of Multi Drug Resistant TB (MDR-TB), which, as the name suggests, cannot be cured by the first line of defense, for instance, by the drug rifampacin. In 2019, Swagata Yadawar from Indiaspend.com covered the problem of MDR-TB in India, highlighting that India had the highest share of MDR-TB patients (24 percent) in 2017. The petitioners in the Meera Yadav case highlight that between January 2016-May 2020, 11427 patients have died of MDR-TB. Perhaps understanding the gravity of the situation, the Indian government roped in use of both bedaquiline and delamanid as a part of DOTS plus strategy (See here and here for the dedicated guidelines concerning use of the drugs; and here for a paywalled article on India’s fight against TB). However, this inclusion did not end in a ‘happily ever after’.

Due to such soaring prices, India, at one point, relied solely on donations to acquire these drugs, from the patentees. However, things have changed now. Prashant, in 2020, had filed an RTI seeking information on the government’s procurement of delamanid. In response to his application, the PIO said that the government has initiated the process of procurement of the drug in 2019 (see the response here (pdf)). The above article by Maitri also highlights that subsequent to the end of donation programmes by the patentees in 2019 the Ministry of Health and Family Welfare is purchasing the drugs at a lower price of “​​$360 (Rs 26,604) for a six-month course of bedaquiline and $1,237 (Rs 91,414) for each course of delamanid.”

However, the supply of these drugs still seems to be a problem. Maitri highlights that, in 2020, India was unable to procure the demanded 30000 doses of bedaquiline. The demand was then modified to 60000 doses to cover the cases over the period of 2 years. However, the ministry has kept mum on the number of doses actually received. She further points out that since February 2021, the supply of bedaquiline has begun to slowly reduce. Same is the case for delamanid. The article states that, till now, India has purchased only 1234 courses of the drug, the supply of which has been delayed due to the pandemic. Furthermore, the arrangement between the government, Otsuka and Mylan (now Viatris) hasn’t borne fruits till now either, owing largely to the challenges arising from tech transfer. These delays tend to be a major problem as it will hinder the supply of these drugs to the patients leading to irregular interruptions in the course of treatment, which is one of the reasons for spread of MDR-TB globally.

Use of patent law levers to ensure accessibility to medicines

As pointed out above, the petitioner in the case suggested that compulsory license is the “only way” to ensure accessibility to the drugs in contention. This argument resonates with the view of the Parliamentarians back in 2005, when during the debate on the Patent (Amendment) Bill 2005, they expressly claimed that patent law levers and specifically compulsory licenses can be used as a corrective against rising prices of the drugs.

The Indian Patent Act under Section 84 and 92 permits the issuance of such licenses. Under such a license, the government typically permits the applicant, usually a generic manufacturer, to produce the drug at low prices, upon payment of royalties. In the present situation, first let’s consider the flexibility under Section 84.

The deployment of this route would be inapposite in this case because Sec. 84(6) requires the applicant to show that it has undertaken efforts to obtain a voluntary license from the patentee. In the present case, no such application has been made by an entity (at least to our knowledge).

The appropriate course of action in this case might be the utilization of the central government’s powers under S. 92. This provision permits the government to take matters in its own hands and notify a compulsory license in cases of national emergency, extreme urgency or for public non-commercial use. Thereafter, any interested party may approach the controller and obtain the license. Pertinently, as per the first proviso to S. 92(3), in case of a public health crisis relating to, inter alia, TB, the Controller shall dispense with the procedure for granting a compulsory license and can do so in a more abbreviated way.

There are several logistical obstacles that might inhibit the government from exercising this power. We discuss them below. First, as the debate surrounding the TRIPS waiver has made clear, the grant of a compulsory license does not translate into the transfer of knowhow from the patentee to the license. Absent this transfer, such a grant could be a dead letter. However, this obstacle can be overcome by making the transfer of knowhow part of the licensing arrangement between the patentee and the licensee.

Another inhibitory factor for the government would be the fear of facing backlash from the Global North, especially the USTR’s 301 process, if it were to deploy these flexibilities. This is evident from the fact that the representatives of South Africa and India highlighted the fear of unilateral sanctions from developed countries (like Special 301 report) as one of the major causes for seeking the TRIPS waiver instead of relying on the TRIPS flexibility under Article 31. The same reluctance may have influenced the Indian Government’s stance before the Supreme Court, preferring voluntary licenses over compulsory licenses.

However, India can use the CL flexibility, safe in the knowledge that its actions are on a firm legal footing. This is because TRIPS offers countries the interpretative bandwidth to use patent law flexibilities as long as they follow the conditions spelt out in the Agreement. This was recognized by the Supreme Court recently. Further, India can draw strength from the fact that several countries, such as Canada and Chile, have set their face against paying heed to the US’s 301 process.

It also bears noting that the UN Secretary General’s High-Level Panel report on Access to Medicines calls on WTO members to safeguard the rights of other members to ‘adopt and implement flexibilities in the TRIPS Agreement as reaffirmed by the Doha Declaration’. Rahul has discussed this extensively in his MPhil thesis (pdf) which was on the problem of the under-utilization of existing patent law levers by India and a blueprint for how this problem can be better addressed.

Finally, we turn to the question as to the appropriate role of a court in this case? Pertinently, S. 92 vests the Central Government with the discretion to determine if the lever is to be used. The provision starts with the caveat: “if the government is satisfied…” Nonetheless, the Court can play a constructive role by exacting accountability from the government and ensuring that it comes up with an action plan to secure the enjoyment of the right to health for TB patients who need the drugs at issue. While the Court cannot compel the government to utilize this flexibility, it can certainly enquire from the government why it is not using the flexibility, what measures it has taken to secure the right to health of TB patients and offer it its best thinking on why the use of these internationally permitted flexibilities would be in the public interest. This would be of apiece with the approach adopted by the Supreme Court in the suo moto case for essential drugs and supplies during the pandemic. In this way, the Court can ensure that TB patients whose right to health is being infringed by governmental inaction are not left in the lurch.

Hat Tip to Adv. Rahul Kamerker, the counsel who filed the petition before the Bombay High Court, for providing us with a copy of the petition.