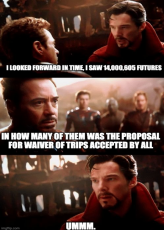 In the first part of this two-part post, I assessed the joint statement proposed by South Africa and India for waiver of certain key provisions of TRIPS.

Following the joint statement, 379 NGOs and members of civil societies wrote to WTO, in support of the waiver. On the day of the meeting, the proposal attracted the support of a large number of developing countries and LDCs, notably Tanzania, Chad, Bangladesh, Sri Lanka, Pakistan, Venezuela, Honduras, Nepal, Nicaragua, Egypt, Indonesia, Argentina, Tunisia, Mali, Mauritius and Mozambique. And recently, on 18th October, the WHO extended its support in favor of the waiver as well. However, no formal declaration for support from WHO has come into being apart from a tweet from the account of the WHO chief Dr. Tedros Adhanom Ghebreyesus.

In the TRIPS Council meeting, the delegates of both India and South Africa elaborated on the reasons for making the proposal and responded to the questions posed by those opposing it. The most notable points from the statements (available here and here) are summarized below:-

On TRIPS Agreement being fit and its flexibilities usable without limitation

Representative of South Africa suggested that some countries face limitations with respect to their national laws, pressures from their trading partners – particularly noting the EU IP enforcement report 2020 and USTR 2020 Special 301 report – or lack the practical and institutional capacity required to exercise TRIPS flexibilities during the pandemic quickly and effectively. It argues that the requirements of specific packaging and quantities of goods to be exported under Article 31bis can lead to unnecessary delays in the context of COVID-19 where countries need urgent access to medical tools.

Representative of India didn’t make a reference to the above reports of EU and US (despite regularly being named expressly) and chose to restrict itself to Article 31bis. It stated that Article 31bis is limited to pharmaceutical products, and was not designed to address challenges arising from pandemics of this scale. Medical devices like ventilators, dialysis machines etc. that are crucial for combating the ongoing pandemic, may not be covered under the scope of Article 31bis.

On voluntary licenses as a solution to the COVID-19 crisis

The South African delegate asserted that voluntary approaches have proven to be insufficient. It cites the case of Remdesivir as an instance wherein despite receiving significant public funding of at least US$70.5 million, Gilead signed ‘secretive’ bilateral licenses with a few generic companies which excludes nearly half of the world’s population from its licensed territories. It, along with India’s delegation, emphasised that till date not a single company has committed to the voluntary COVID-19 Technology Access Pool (C-TAP) of WHO.

The South African delegate responded that vast public funding has been poured into R&D for COVID-19 treatment. Globally, people are taking voluntary substantial risks in supporting and joining clinical trials, which has nothing to do with IP. On the other hand, the pharmaceutical companies have asked governments to take over their liability and have requested for indemnity, so that they do not have to bear the risk but can make all the profit without much value add.

On the argument that the waiver will deter innovation

The South African delegate responded by saying that the R&D of drugs is a joint effort and involves significant amounts of public taxpayer money.  It states that finding a cure for COVID-19 is a global effort and involves multiple actors and not just the pharmaceutical industry alone. It proposes that the governments thus must attach strings to any public money given for COVID-19 medical tools to guarantee that, if they prove safe and effective, they are available to everyone.

The statements of both the proposers re-affirmed that the waiver must be “granted to the WTO members so that they do not have to implement, apply or enforce certain obligations related to COVID-19 products and technologies under Section 1 (copyrights and related rights), 4 (industrial design), 5 (patents) and 7 (protection of undisclosed information) of Part II of the TRIPS Agreement.”

Probable challenges for the waiver

Theoretically, the proposed waiver will enable countries to have access to medicines/ medical devices without payment of any royalties to the IP holders, which in a compulsory license system, they would have been bound to pay. Also, MSF has elaborated some of the other benefits of the waiver, most notably that the waiver will put the governments back in the driving seats instead of pharmaceutical companies. But to be accepted, the waiver has a long road ahead of it. As evident from the meeting, the proposed waiver faced stiff challenges from the developed nations and is bound to face an uphill battle owing to the consensus based decision making in the WTO.

Even if the proposal is ultimately passed by the General Council, its effective fulfillment will depend entirely on the will of the members to cooperate with each other. Both the joint statement and the draft decision are silent about situations where one member is unwilling to cooperate with the other. One may argue that ultimately the fear of ‘bad publicity’ may force them to forgo such implementation, but the fear of ‘bad publicity’ among patent holders stands true without the waiver as well. For instance, Moderna declared that it will not enforce COVID-19 vaccine patents during the pandemic and similar examples of voluntary waivers by IP holders are given here and here.

Furthermore, the waiver will not solve the problem which is inherent in the protectionist nature of the countries. Not long ago, the Indian government imposed a blanket ban on the export of Hydroxychloroquine (which was later lifted). Similar was the case of US stockpiling nearly all the available stocks of Remdesivir, upon thinking it might be effective in treating COVID-19, leaving its availability to other countries in limbo. Swaraj has discussed the Remdesivir controversy here. In such a situation, this waiver will be of no use when the countries themselves retract from its obligations.

Another potential challenge is the one posed by obligations under bilateral investment treaties (BITs) signed by the members with each other. BIT accords an additional layer of protection to the IP of the investor against expropriation by the host state. The question which arises out of this waiver is how effective would this waiver be in removing that additional layer of protection? While Prof. Prabhash Ranjan and Pushkar Anand have argued that India has exempted issuance of compulsory license and revocation of IP from the application of BIT obligations (see model text here), one would still need to look at the IP related provisions of the individual BITs signed by different countries, to know the general trend.

What if the proposal does not materialize?

It doesn’t seem like the rejection of waiver will bring any new problems to developing and LDCs. Waiving the proposed provisions of TRIPS may be redundant for LDCs since the transition period granted to them, from application of TRIPS, extended till 2021 and if Republic of Chad’s request on behalf of the LDC group is accepted then it may be extended further by 12 years. And though not ideal, countries like India, and South Africa, which have a decent infrastructure for manufacturing generics, can fall back on the security exception under Article 73(b)(iii) of TRIPS, whereby it can suspend enforcement of IPRs if it can prove it was done to resolve the existing “emergency in international relations” i.e. COVID-19. Prof. Emmanuel Oke has discussed this alternative in depth here and here. However, the situation will be precarious for developing countries which do not possess such infrastructure as they will ultimately depend on the cooperation with other members, probably via Article 31bis and on international initiatives like the Costa Rica technology pooling initiative and WHO’s Access to COVID-19 Tools Accelerator.

The joint statement by the two developing countries is a bold move and certainly shows that their heart is in the right place. While the TRIPS Council in the meeting could not reach upon a decision with regard to the proposal, the South African representative in its above statement has requested the joint statement to be kept open for discussion. With uncertainty looming, only time will tell if this proposal will float any further or if this is the end of the story for it.