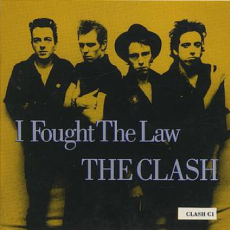 On 2nd October, 2020, India and South Africa issued a joint statement before the WTO TRIPS Council, with a request to waive “the implementation, application and enforcement of Sections 1, 4, 5, and 7 of Part II of the TRIPS Agreement in relation to prevention, containment or treatment of COVID-19.” This waiver, annexed with a draft decision for the WTO General Council, was requested to ensure that IPRs do not encumber the access to affordable medicines or R&D, manufacturing and supply of medical products essential to combat COVID-19.

The TRIPS Council met on 15th and 16th October, 2020 with an agenda to discuss the joint proposal, among other issues. Apart from the original proposers, the joint statement was co-sponsored by  Kenya and Eswatini and was supported by a number of developing and least developed countries (LDC) in the meeting. The proposal received staunch opposition from a bloc of developed countries including European Union, United States of America, Switzerland, Norway, Australia, Canada, Japan and the United Kingdom, joined by Brazil (et tu Brazil? This also makes me wonder if BRICS is still a challenge to western economic supremacy, when their own members are sabotaging proposals of other members). Till the official report on the meetings is made available from the WTO, readers can refer to this informal update by Thiru Balasubramanium of Knowledge Ecology International.

Un-BRICS-ing apart, this joint statement is another addition to the long list of initiatives proposed by the global south. One major example includes the Call for technology pooling initiative by Costa Rica. Other examples have been listed by TWN and South Center. Nonetheless, there are still apprehensions that despite the pandemic, the practice of “business as usual” will likely prevail (see Page 16 specifically).

In this two-part post, I shall first assess the reasons and the key aspects of the proposal in the first part; and, in the second part I shall focus on the submissions made by India and South Africa followed by a discussion on the challenges which the proposal must overcome and the scenario if the proposal is rejected.

The statement emphasizes that as new diagnostics, therapeutics and vaccines for curing COVID-19 are developed, there are concerns about prompt, affordable and adequate availability of the end products. The joint statement states that countries are now manufacturing the medical products domestically to satisfy the surging demands. However, as per reports cited by the proposers (see here and here) patent protection has hindered or may hinder effective accessibility to such products and medicines. The statement argues that there are other IPRs too which act as barriers to accessibility, with limited mechanisms to overcome them. It  notes that many countries, especially developing ones, may face institutional and legal difficulties in using TRIPS flexibilities. And that the requirements and cumbersome processes for import and export of pharmaceutical goods under Article 31bis are a cause of concern for countries with insufficient or no manufacturing capacity. Owing to the above, the present proposal of waiver was made.

Another issue, though not directly addressed by the proposal, is that of “vaccine nationalism”. As reported by Oxfam here,  nations representing mere 13 percent of the world population have signed deals with manufactures of promising COVID-19 vaccines for preferential access to more than 51 percent of the doses. As a consequence, nearly 61 percent of the world’s population will not have access to the COVID-19 vaccine at least till 2022. Going by recent actions, there is good reason to be worried about this version of ‘nationalism’.

If you have it, why not use it?

The argument by India and South Africa on “institutional and legal difficulties” in using TRIPS flexibilities is slightly confusing, since it is coming from countries which  possess the required domestic provisions to ensure accessibility to such devices and medicines. While the South African delegate did refer to impediments it is facing in implementing the different TRIPS flexibilities, the Indian statement restricted its stated reasons to difficulty in implementing Article 31bis, which deals with issuing compulsory licenses for public health reasons through importing the drugs from other countries. (More on this below and in part 2). Domestically, the Indian government has talked about price controls, however, it hasn’t made any visible efforts to actually implement the existing flexibilities yet, nor is there any discussion on the same that I can find any information on. Swaraj and Varsha here, have elaborated the provisions present under the Indian Patents Act (notably Section (s) 66, 92, 100, 102)  whereby the Indian government is authorized to issue compulsory licenses and even revoke patents to ensure accessibility to needed products in pressing times. Similarly, Marco Vatta asks why won’t the South African government issue compulsory licenses, despite being armed with “arsenal of interventions at its disposal”. It is only legitimate to expect that these countries will make use of such provisions in times of crisis and if not then at least explain the “difficulties” which are faced by them in using it.

Looking at global developments we can see a rise in the number of the countries which are making necessary changes within their domestic legislations to ensure accessibility to medicines. Nations like Germany, who were once skeptical of provisions like compulsory licenses are now turning into believers, due to the ongoing crisis.

However, one must note that the compulsory license system comes with its  own inherent flaws. As pointed out by Eduardo Urias and Shyama V. Ramani, issuing compulsory licenses would make sense only when the government has a generic producer available within the territory of the country and the same is prepared to manufacture sufficient quantities of generics. It must also be noted that this generic churning infrastructure of the country should also be technologically advanced so that minimal time is consumed in the process of reverse engineering and the cost effective products are available sooner.

So what about such countries with no manufacturing infrastructure?

To assist such countries Article 31bis was introduced in TRIPS.  This provision acts as the legal basis for members to grant special compulsory licenses exclusively for the production and export of affordable generic medicines to other members which cannot domestically produce the needed medicines in sufficient quantities. (see page 172 here) However, as suggested by the joint statement, Article 31bis is not exactly ‘user friendly’ and  has been subjected to excessive criticism for its complex and cumbersome requirements, due to which it has been used only once- to export Anti Retroviral Vaccines from Canada to Rwanda. (See also “Why the High Income Countries that opted-out from the Art. 31bis WTO TRIPS system must urgently reconsider their decision in the face of the COVID-19 pandemic”)

Any device/ medicine which is patent protected could also be protected under other IPRs. Out of these protections, the protection granted to trade secrets warrants special attention as it protects undisclosed information. (see Article 39.2 of TRIPS). It is noteworthy that , even if a compulsory license is issued against use of a patented product, the undisclosed information on the product will still be protected. Prof. David Levine explains the significance of this“For vaccines and other biologic medicines, cell lines, genomic information, and other biological material can also be held as trade secrets. Data about the effectiveness of medicines and vaccines are trade secrets. Even so-called negative information — information about what does not work — can be a trade secret. All of this information is essential to the rapid development of, and access to, safe and effective COVID-19 diagnostics, treatments, and vaccines worldwide.”

Apart from patents and trade secrets, there is also the issue of technology transfer and know how. Abandoning patents and disclosing trade secrets will not do any good unless effective transfer of technology and sharing of know-how takes place. The most vulnerable in this regard are developing countries and LDCs which lack the necessary expertise to overcome a pandemic of this massive scale without expert assistance.  While Article 66.2 of the TRIPS does talk about transfer of technology from the developed countries to LDCs (which is neither justiciable nor mandatory) it is silent on such transfer to developing countries. (refer here for a detailed discussion on Article 66.2)

In Part II of the post, we shall see the arguments advanced by the delegates of South Africa and India and how the events unfolded in the TRIPS Council meeting.