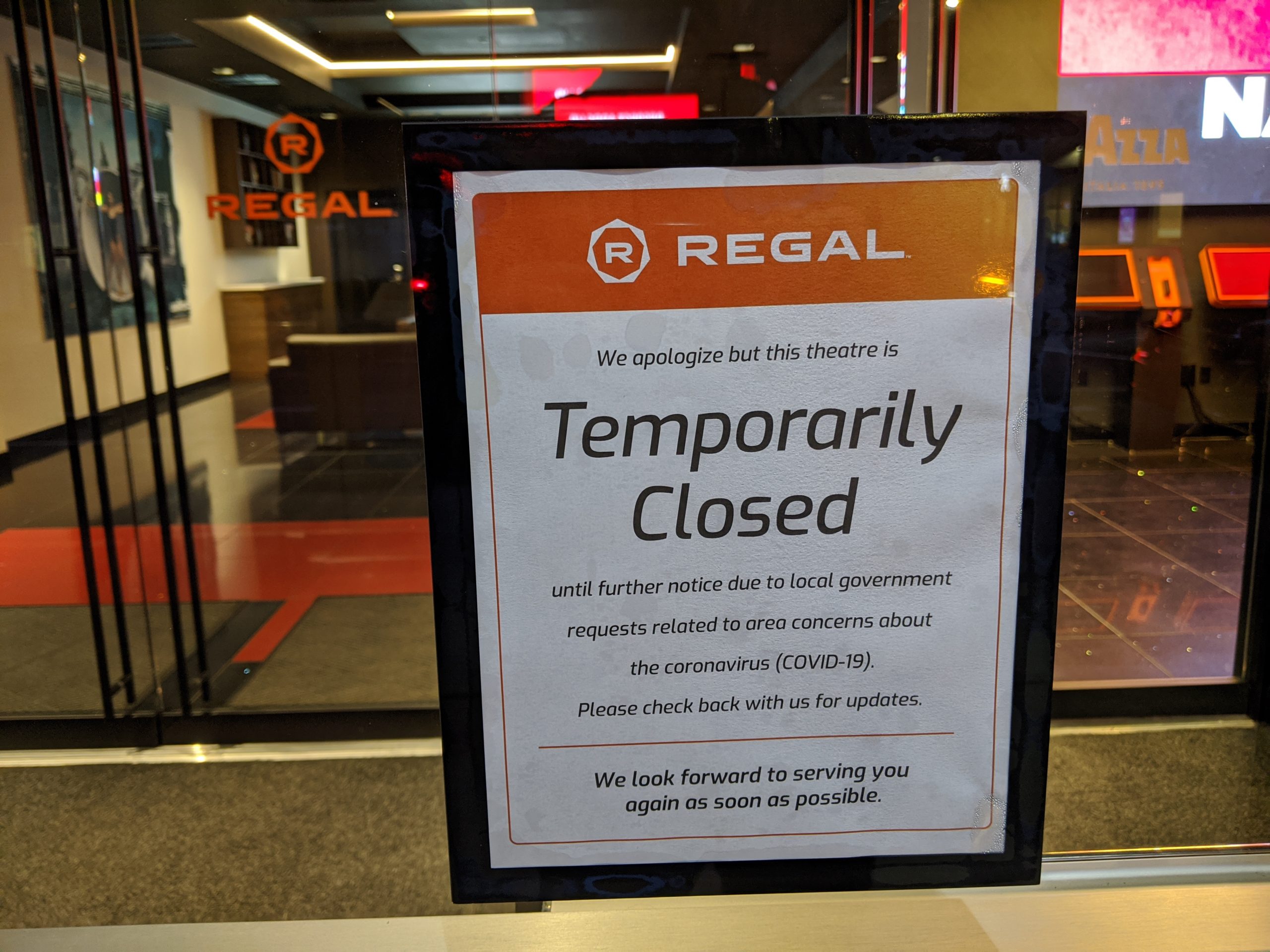 We’re pleased to bring to you a guest post by Tanvi Sehgal, discussing the impact of the Covid-19 induced shift from theatrical release of films to OTT release on the producers’ share of earnings and proposing an amendment to the cinema hall exception to the provision on mandatory royalty sharing under the Copyright Act in light of this shift. Tanvi is a guest faculty at the Faculty of Law, Delhi University, where she recently submitted her PhD thesis titled ‘Revisiting Copyright Law in View of Contemporary Developments’.

Ever since the lockdown in late March, cinema halls have been eerily empty. With places of public entertainment only gradually reopening, there is little or no hope that cinema halls will see the hustle bustle they were earlier accustomed to, anytime soon. Since no one could have predicted this unusual turn of events, there were (like there would usually be) movies in the pipeline awaiting their release. Realizing that the pandemic is here to stay, producers of such films who had their finances at stake, decided to release them on streaming services such as Netflix, Amazon Prime Video, Hotstar etc. to name a few.

The Change in the Primary Medium for Release of Cinematograph Films: Outlining the Issue

Amongst the many films that have been released on the web so far, some big releases starring stalwarts like Irfan Khan in ‘Angrezi Medium’ (which was his last ever!) and Amitabh Bachchan in Gulabo Sitabo, are a few notable ones. If not for this pandemic, these movies would have been block buster releases, creating a stir in cinema halls. But unfortunately, nothing of this sort happened and the producers were compelled to directly release the films (or re-release as in case of Angrezi Medium after its theatrical release was cut short) on streaming services such as Hotstar and Amazon Prime Video. Clearly, the cinema hall owners lost a big share of their yearly profits, but what is unknown is how much the producers lost by not being able to showcase their multi-starrers in a cinema hall.

In contrast with blockbuster theatrical releases, web series or films that are destined to be released on streaming services often have a small star cast with small set ups which makes the same cost efficient. This is quite unlikely for a regular, blockbuster Indian cinematograph film that has elaborate sets and a distinguished star cast to begin with and which under normal practice, is looking forward to a grand theatrical release. Consequently, the cost of producing such films is typically much higher (often, if not always) than the web series made solely for release on online platforms. Profits that producers earn in such cases is often directly related to how well the movies perform in the hall and for how long. In other words, box office earnings account for a significant portion of a producer’s earnings from a film. Having done well at the cinema halls, the producers get a second chance to recover their investments when the rights for the same cinematograph film are granted for television/digital premieres. Here again, the popularity of the film at the theatre allows them to bid high stakes for it. So, when producers of such blockbuster films are compelled to directly release such films on streaming services, they stand to lose parts of their profit that they would have otherwise earned by releasing it first in a cinema hall. A glimpse of the losses incurred by them can be viewed here. The streaming services are also aware that the producers presently have no better option than to release their films online, so they might not negotiate much with the latter.  Keeping in mind the flagrant spread of the pandemic and the predictions with regard to its subsistence, it seems like the producers will have to bear with these losses for long.

While the unrest caused due to do the pandemic is beyond anyone’s control, what makes the position of producers detrimental in this context, is a provision in the Copyright Act, 1957 (hereinafter, ‘the Act’) that was amended 8 years ago to pay royalties to authors of underlying works even after assignment of the same. The 2012 amendment of the Act, in order to safeguard the rights of lyricists and music composers whose works have been included in cinematograph films granted them under Section 18, an unassignable right to royalty to be shared on equal basis with their assignee (who in most cases is the producer of such cinematograph films) whenever their work is utilized. The only exception to such royalty sharing being when the cinematograph film is communicated to public in a cinema hall. This means that when a cinematograph film is being utilized to be shown in a cinema hall the producer of the film (mostly the assignee) need not share royalties with the authors of underlying works whose works have been included in such a film. The communication of a cinematograph film to public in a cinema hall and the earnings made by way of royalties thereof, are thus considered to be sole profit of the producer. Barring this particular instance, once the rights have been assigned by a lyricist or a music composer to the producer of a film, the former retains the right to receive royalties on equal basis, as and when their work is utilized by the assignee. What is noteworthy is the fact that the present situation (of having an embargo on cinema hall releases) makes the only exception to Section 18 also inapplicable, thereby causing a setback to producers!

If Application of the Exception was Less Stringent!

The provision under Section 18 when inserted was primarily included to allow authors of underlying works to have a constant source of income and to enable them to vindicate their rights as and when their work was utilized. With this, the struggle of the authors seems to finally have come to an end, on paper (the practical difficulties notwithstanding) and the provision has been a fair one.  From the language of the proviso to section 18, it may be presumed that producers (being assignees of such works) were given an exclusive share to profits from their earnings from the cinema hall – it typically being the first medium of communication of cinematograph films, and any subsequent earnings by way of utilization of the work via other modes/mediums were required to be shared with the authors. In this way, the interests of both producers (as assignees of underlying works) and authors (of such works who are creators of the work and deserve to be rewarded as and when their work was utilized) were balanced.

That said, considering the unprecedented situation that one is facing due to the Covid-19 pandemic, the fairness of such a provision has become dubious. With no chance of release of cinematograph films in cinema halls and the blockbusters being released directly on online streaming services, the producers are compelled to share royalties with authors of underlying works even when their first medium of communication to public of the film is via the web itself. Consequently, producers are deprived of exclusive earnings at any instance, in spite of them being the assignee of the rights in the works so incorporated, investing huge sums of money in the production of the film, and having already paid a lump-sum consideration to authors for the same. It may be argued that producers are financially in a better situation (than the authors) to bear the losses imposed by the pandemic. Even then, one cannot overlook the fact that what is contested is only exclusive benefits (for the producer as an assignee) for usage via the first medium of communication (which even the legislature in its wisdom provided for in the case of cinema halls) and that for any subsequent utilization the royalty sharing arrangement remains the same as ordained by the law.

Therefore, keeping in view the challenges imposed by the pandemic and also the recent trend of releasing movies online, I submit that instead of specifically applying the exception (of not paying royalties to authors of underlying works) to cinema hall releases only (as the first medium of communication), the exception should be made applicable to the first medium of communication of a cinematograph film be it a cinema hall or the web. Once the medium for first release has been chosen, and exclusive royalties by way of the same has been recouped, the assignees may continue to share royalties with the authors of underlying works for any subsequent utilization of their work. That is to say, if producers directly decide to release their films on the web (not having released it in the hall first) they would not have to share the royalties with authors of underlying works for its usage via this first medium, but a subsequent utilization, by way of, say, a television premiere of the same film would require them to abide by the royalty sharing arrangement under Section 18. Considering the longer duration for which films stay on the web in comparison to cinema halls and to prevent inequities in cases where the first and any subsequent medium of communication remains the same (i.e. for instance, in cases where the film is solely released on the web and there is no separate, identifiable subsequent medium of communication such as a television premiere or otherwise), the balance of interests as intended by the legislature can be maintained by fixing an outer time-limit during which, the royalties would be exclusive for the producer. Beyond this time frame, the royalty sharing may continue as ordained by law.

Such a change to the provision would be a sound one for all times to come, as releasing films on streaming services might become a regular practice (considering their popularity as a mode of communication and the ease to watch an uninterrupted show) even after the pandemic ends.