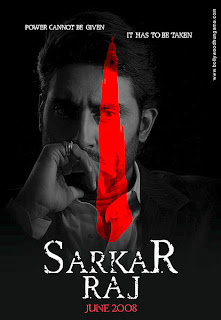 A total of 17 G.I.s for handicrafts have been registered by Development Commissioner (Handicrafts), Ministry of Textiles, Government of India. Amongst the various G.I. granted to this agency are the ‘Coconut Shell Crafts of Kerala’, ‘Temple Jewellery of Nagercoli’, ‘Kathputlis of Rajasthan’, ‘Leather Toys of Indore’ and ‘Bagh Prints of Madhya Pradesh’. The Development Commissioner sitting in Delhi has therefore registered G.I.s for handicrafts across the length and breadth of the country. The only way the Development Commissioner could have filed these applications is if he claimed to have been representing the interests of the producers of these handicrafts. I have no clue whether the Development Commissioner for Handicrafts was actually authorized under the law to represent the interests of the artisans who make these handicrafts. Image right: Madhubani Paintings – Image from here.
Other famous G.Is which have been registered by government agencies include the following:
1. Madhubani Paintings: Director of Industries, Department of Industries (Govt. of Bihar);
2. Kancheepuram Silk: Department of Handlooms & Textiles (Govt. of T.N.) Image right: Kanchipuram Silk Saree (from here) 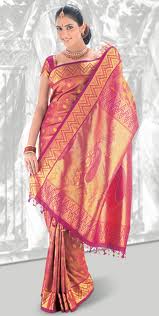 3. Kullu Shawl: H.P. Patent Information Centre, State Council of Science, Technology & Environment
4. Darjeeling Tea: Tea Board, Ministry of Industries & Commerce
5. Channapatna Toys & Dolls: Karnataka State Handicrafts Development Corporation Limited
6. Mysore Sandal Soap: Karnataka Soaps & Detergents Limited, (A Government of Karnataka Enterprise)
7. Coorg Oranges: Department of Horticulture, Govt. of Karnataka, Biotechnology Centre
8. Muga Silk: Assam Science Technology and Environment Council
9. Bastar Wooden Craft: Chhattisgarh Hastshilp Vikas Board
10.  Mysore Silk: Karnataka Silk Industries Corporation Ltd.
Another interesting trend that caught my eye was the G.I. Application (No. 91) for ‘Nirmal Toys & Crafts’. This application was filed and subsequently registered in the name of Nirmal Toys & Arts Industrial Co-operative Society Ltd, Nirmal, Adilabad District. Two of the subsequent applications for ‘Nirmal Furniture’ & ‘Nirmal Paintings’ were filed by Andhra Pradesh Handicrafts Development Corporation Ltd. We therefore have an example where a private group of artisans and the government seem to be competing for similar G.Is.
Apart from the general trend of nationalization of G.Is, I also noticed some rather odd G.I. registrations. For example Application No. 18 for ‘Mysore Agarbathi’ was filed and registered in the name of the All India Agarbathi Manufacturers Association. Why should an ‘All-India’ association be granted the registration for a product which is manufactured only in Mysore?
The larger questions which I hope to be discussing in the future are the quality of examinations by the G.I. Registry especially since the rate of grant of G.I.s seem to be as high as 90%.