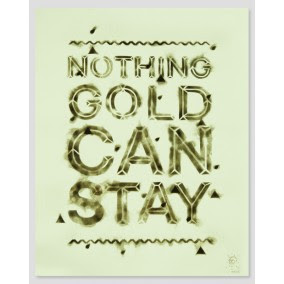 Nature’s first green is gold,
Her hardest hue to hold.
Her early leaf’s a flower;
But only so an hour.
Then leaf subsides to leaf.
So Eden sank to grief,
So dawn goes down to day.
Nothing gold can stay.

Thus spoke the poetic Frost, more than a century ago. Today, this sentiment rings true for many of us in the IP community saddened by the premature departure of an exceptional IP leader, PH Kurian.

Controller General PH Kurian (christened “bullet” Kurian by this blog owing to his successively rapid and bold reform measures) will vacate his post on the 12th of March. He is to be succeeded by Chaitanya Prasad, an IAS officer (Bihar, 1990) who works currently with the DIPP (Department of Industrial Policy and Promotion). Prasad has been working as Joint Secretary, DIPP since July 2010.

Kurian is slated to return to his parent cadre (he is an IAS officer from Kerala). He is expected to head one of the many government departments in Kerala as secretary (the most likely one is the Department(Ministry) of Information Technology, though this is not confirmed yet).

Although Kurian announced his resignation several months ago, his request was kept pending by the Prime Ministers office (presumably they were reluctant to let him go till they found an adequate replacement). While Kurian insisted that his resignation was simply attributable to his desire to return to his home state, many in the IP community suspect otherwise: the grapevine has it that his courageous reformist measures (particularly a string of pro transparency moves) had ruffled many feathers and led to constant skirmishes between him and his superiors (well actually, one superior in particular)

“the appointments committee of the Cabinet (ACC) has approved the following:

i) premature repatriation of Shri PH Kurian (IAS (KL86), Controller General of Patents, Designs and Trademark, Mumbai (CGPDTM) to his parent cadre; and

ii) appointment of Shri Chaitanya Prasad (IAS BH 90) presently Joint Secretary in the DIPP as CGPTDM (at the level of Joint Secretary) under the same department….for a period of 3 years from the date of aussumption of the charge of post…

One can only wait and watch to see if Prasad continues Kurians’ bold legacy of effectuating reforms in an institution beset with allegations of rampant corruption, opacity and inefficiency.

For those interested, I’d highlighted Kurian’s key accomplishments (particularly relating to transparency) in an article written for MIP some months ago. I quote:

“The clarion call for transparency in Indian intellectual property blew forth from the bugle of an unknown blog several years ago. Today, the transparency mission has some of the most committed crusaders, ranging from IP practitioners to civil society activists to government officials. Indeed, the past few years have witnessed a surge in IP information publicly available in India, information that took a sizeable amount of time and money to procure in previous years.

A lot of this had to with the initiatives ushered in by PH Kurian, a zealous controller general who blazed the patent office with bold reforms, upsetting the powers that be. Unfortunately, his blaze was rather meteoric and he was edged out before he could complete his term in office. Despite the obvious refrain that he was returning to his home state upon the request of the state government, most in the IP community knew better. A lamentable loss for the Indian IP community, but one hopes that the spirit of his reformist movement finds continuity in his successor.

The transparency trajectory of the Indian patent office is outlined in the table opposite. As one can see, initiatives have been increasing at a laudable rate over the last few years, bringing more matters into public purview. All of this is likely to have a long-term impact on the Indian IP ecosystem.”

All in all, a very sad day for many of us who were privy to the dynamism unleashed by bullet Kurian in an ecosystem beset with multiple maladies. However, we have no choice but to let him go. To hark back to the wonderful Frost and to recapitulate his sentiment in Manilow’s (and Streisand’s) modern evocation, “no matter how hard we try….some good things never last….”