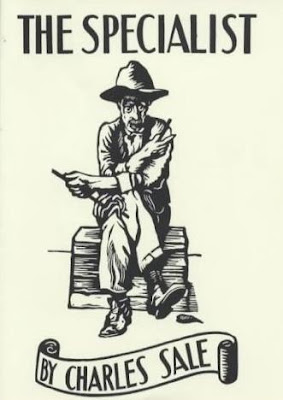 Given the exponential increase in patent litigation across the country, one needs to ask if its time for India to institute a specialist IP court. No doubt, we have the IPAB, but its jurisdiction is limited to appeals arising out of Patent and Trademark office decisions and to revocations (patents) and cancellations (trademarks). It cannot adjudicate upon infringement issues.
Further, it suffers serious constitutional infirmities, as we allege in this writ petition before the Madras High Court.

So, do we need specialist adjudicators, at least in so far as complex patent infringement disputes are concerned? It is likely that an adjudicator with some familiarity with the issue will foster expedited hearings, reduced costs for litigants, improved precision and greater predictability.

Assuming we need specialist adjudicators, here are some options:

1. We could formalise existing informal arrangements at select Indian courts, where IP specific benches are formed. As it stands now, the highest volume of patent litigation is spread across courts in 5 cities: New Delhi, Chennai, Mumbai, Kolkata and Gujarat. Therefore, specialist benches could be instituted at each of these courts.

The advantage of this approach is that the specialist benches fall within the overall framework of regular courts, necessitating no amendments to Indian law. However, in order for this to work well, one must devise appropriate eligibility criteria for such judges. Secondly, the judges must be given intensive IP training. Lastly, it must be ensured that these judges sit on the IP bench for a significant period of time, without being made to rotate every 2-3 years.

A recent Commercial Division of High Courts Bill, 2009 sought to foster speedy adjudication of high value disputes by setting up dedicated “commercial” benches in every High Court to hear commercial disputes including IP disputes valued at Rs 5 Crores or higher. However, the bill attracted sharp criticism in the upper house of Parliament, owing to poor drafting, as blogged about here.

2. Alternatively, a distinct IP court or tribunal could be created, such as the Court of Appeals for the Federal Circuit in the US or the Patents Court/Patents County Court in the UK. Given that India already has a specialist IP tribunal (IPAB), one could simply expand its jurisdictional purview to include infringements as well. As noted earlier, the key issue is that IPAB suffers from serious design flaws and is currently the subject of a constitutional challenge before the courts.

The challenge alleges that the IPAB is not sufficiently independent of the executive; the qualifications for the appointment of judicial members on the board are contrary to the law of the land; and that irregular appointments have been the norm rather than the exception. If such infirmities were remedied in future, could the IPAB offer scope for the vesting of specialist IP adjudicatory functions.

So what is your take? Do we need a specialist court for IP infringement cases? Or are we better off without them (particularly since we botched up the IPAB). Does IP really require special skills and training? Wouldn’t it be better to have generalist judges decide IP cases as well? As a wise man once said: the trouble with specialisation is that over time, you know more and more about less and less.

Further, would specialisation create a strong pro IP owner bias (as is sometimes alleged in relation the US CAFC (Court of Appeals for the Federal Circuit) which just had another one of its pro patentee decisions reversed (Mayo vs Prometheus) by the Supreme Court.

You can express your views in the poll that we now have on our blog home page. We have not polled our readers in a long time now (I recollect the issue of Hari Potter vs Hari Puttar and whether or not the names were confusingly similar as the last poll we did). Since the poll is only alive for the next 5 days, please register your vote soon!

You can also expand on your views in the comments section below.