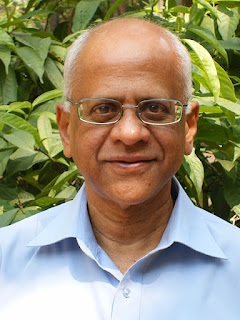 One of the recent issues of the international weekly journal of science, Nature, carried an interesting and witty article on the state of Indian science. The article titled ‘Bold strategies for Indian Science’ by Gautam Desiraju, a Professor of Chemistry, at the prestigious Indian Institute for Science (IISc.), Bangalore. The article can be read over here. (Image from here)
In this article, Prof. Desiraju laments at the slow progress of Indian science; on how India has not produced a single Nobel laureate since C. V. Raman, on how there have been no radical breakthroughs to ‘rival the telephone’ and how India lacks any postdoctoral system worth its name. He reasons that lack of funding is only one of the problems and definitely not the core problem facing Indian science. The core problems according to Prof. Desiraju are a feudal mindset, lack of dissent and lack of institutional autonomy.
In pertinent part Prof. Desiraju states “Our cultural value system, backed by Hindu scriptural authority, has created a strongly feudal mindset among Indians. Centuries of servitude, right up until 1947, have made the average Indian docile, obedient and sycophantic. ‘Behave yourself and be rewarded’, is the pragmatic mantra. I believe this feudal–colonial mentality has had far-reaching and debilitating consequences for research.”
“The first is our lack of the ability to question and dissent that is so essential to science.”
He further states “Another consequence of this feudal mindset is our unquestioning acceptance — bordering on subservience — to older people. In this part of the world, age is blindly equated with wisdom, and youth with immaturity. This facilitates the continuance of the status quo.”
The second problem according to Prof. Desiraju is the method of appointments followed by state universities. In his words: “In the more influential central institutions, appointments are often made incestuously, with students of a few senior researchers filling a disproportionately large number of vacancies, or with plain academic ‘inbreeding’. A good dose of regional parochialism completes the picture.”
He concludes the article with a prescription for the future. The solution according to him, apart from changing mind-sets, lies in focussed funding for projects of national importance such as energy, water and public health and ensuring high accountability of such projects.
In my opinion Prof. Desiraju’s analysis is applicable across the board – the feudal mind-set and the subservience to older people is not a problem of just Indian science. It extends to even law and lawyers. As he notes it’s a probably a hangover of our past.
His analysis may just explain how brilliant Indian scientists are being intellectually suffocated in India.