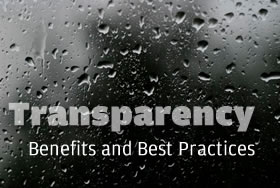 In a welcome decision, Joint Secretary Dr. Jayakumar (IAS), who is the Appellate Authority for the implementation of the RTI Act, 2005 at the Council for Scientific & Industrial Research (CSIR) has agreed to disclose all royalties earned by CSIR through its patent licensing agreements for a period of the last 10 years. Image from here.
The CPIO at CSIR HQs had earlier turned down my request to provide this information on the grounds that it was ‘confidential’ and also that CSIR HQs did not maintain such information therefore requiring me to approach each laboratory individually for such information. That response can be accessed over here. I had blogged about that denial over here and here. My original query was as follows:
Please provide me with details of the revenues/profits earned by CSIR through licensing of its patents in India and other countries, for the last ten years. By details, I mean the following:
(a) The patent number which has been licensed along with the title of the invention;
(b)The value of the licensing deals in Indian Rupees or relevant foreign currencies;
(c) The name of the person or company to whom a licence has been issued;
(d) The duration of the licensing deal.
I had then filed an appeal with Dr. Jayakumar, which can be accessed over here, arguing that information pertaining to CSIR’s patent licencing contracts could not be considered confidential since CSIR was a public funded institution and also pointed out how the bye-laws of CSIR required it to maintain all relevant records. In his response to my appeal, (available over here) Dr. Jayakumar informed me that it would take at least one month to collect such information and make it available to me. Although it means waiting for another month, I’m happy that he has atleast agreed to provide me with the information.
Hopefully this information will help in understanding the success and failure of CSIR in commercializing its patents. I am most interested in knowing which of the CSIR laboratories have been the most successful in commercializing their patents. Hopefully this information will help in understanding the challenges faced by the public sector in making their research available to the public.