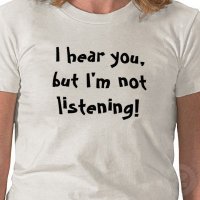 It has been more than a year since rectifications petitions have been filed against the Geographical Indication tags for ‘Darjeeling Tea’ and ‘Tirupati Laddu’. Both petitions were filed in the year 2010 and both petitioners are yet to be granted a date of hearing despite repeated reminders to the G.I. Registry.
While the petition against ‘Darjeeling Tea’ has been filed by Rajeev Saraf who is represented by Advocate Vinay Kumar Jain, the petition against the ‘Tirupati Laddu’ G.I. has been filed by Praveen Raj, an IP enthusiast and a scientist at NIIST.
Both petitions raise very important issues under the G.I. Act, 1999. The first petition against the ‘Darjeeling Tea’ G.I. raises very fundamental questions on the nature of ownership and use of a G.I. The ‘Darjeeling G.I.’ was granted to the ‘Tea Board’, a statutory body set up under the Tea Act, 1953. The Tea Board hardly fulfils the definition of ‘producer’ under the G.I. Act, 1999 since it is a government body, controlled mostly by the government with only a few representatives from the tea estate owners and workers. The petition against this G.I. registration states, in pertinent part:
“The Tea Board has no locus standi to file any application for registration of Darjeeling Tea. It is constituted way back in 1953 for regulating Export of Tea and for honoring International agreements thereof. It is neither a body constituted and nor has in its constituents the basic grass root stakeholders involved in Darjeeling Tea production. Mere representation of one of its representative shall not suffice the requirements of Section 11 of GI Act.”
The petition further alleges that “The status of applicant was not examined and scrutinized prior to entertaining the application for registration and before notifying the registry.”
It is likely that if this petition were ever to be heard by the G.I. Registry, it would expose the absolute farcical examination process followed by the G.I. Registry while granting G.I.s. As I had discussed in an earlier post, available over here and here, more than 50% of all G.I. registrations in this country are secured by the Central and State Governments, none of whom comply with the definition of ‘producers’ under the G.I. Act, 1999.
Given that the Tea Board and the G.I. Registry, both, fall under the same Ministry it is unlikely that any bureaucrat in the G.I. Registry is going to initiate a hearing in both of the matters without a nudge from the Madras High Court.
The petition against the ‘Tirupati Laddu’ G.I. by Praveen Raj also raises very important issues on the commercialization of religion and once again the definition of ‘producer’ under the G.I. Act, 1999 i.e. can a single producer private entity like the TTD secure G.I. registrations for a prasadam. We’ve covered several of these arguments over here, here and here.
Hopefully the petitioners will approach the Madras High Court to put some pressure on the G.I. Registry.