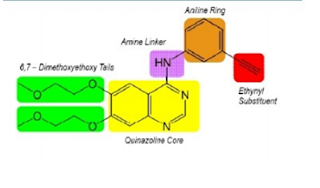 Our regular readers would know that Roche had sued Cipla before Delhi High Court (DHC) claiming that Cipla’s generic product Erlocip violates Roche’s Indian Patent IN196774(“774 patent”) for ‘Erlotinib Hydrocloride’ or commonly known as “Tarceva patent”. Similarly, they would also know about the case between Roche and Natco where Roche had brought suit of infringement against Natco for infringing the same Tarceva Patent.

The same Tarceva application (537/DEL/1996) was also the subject of a pre-grant opposition back in 2007 filed by Natco against Pfizer.  The Controller had decided that the Tarceva patent was novel and inventive over cited art.

In a recent connected development in the United States, Mylan has lost its invalidity challenge to the Tarceva patent. The Indian equivalent of the Tarceva patent is the subject of the Roche-Cipla dispute.  Mylan’s Indian subsidiary Matrix has challenged Tarceva before the IPAB. Judge Sue L. Robinson in inimitable style, held that Mylan had not proven by clear and convincing evidence that the Tarceva patent (US patent 5,747,498) was invalid as obvious in view of the prior art or anticipated by the prior art.

Cipla had used grounds similar to those in the US action between Mylan and OSI/Pfizer to challenge Roche’s patents, and it would be interesting to see the impact of the same.  In all probability, the US judgment would negatively impact the Cipla proceedings because Cipla has used similar grounds to attack Roche’s patent.  Long post follows.

A brief summary of the US case:

Mylan and Teva filed an ANDA in 2009 alleging the ‘498 patent and other related patents to be invalid, unenforceable, and not infringed by the generic versions of erlotinib hydrochloride tablets and subsequently OSI/Pfizer/Genentech counter sued alleging infringement of the ‘498 and related patents.

Judge Robinson decided the issue of obviousness/anticipation in OSI/Pfizer’s favor by distinguishing the art cited by Mylan from the claimed compound.  Mylan had submitted art and identified a prior art compound differing from erlotinib only in that it contains an ethynyl group, rather than erlotinib’s methyl group, at the 3′-position.  The judge considered the factors laid down by the U.S. Supreme Court and the Federal Circuit and analyzed threadbare the patent and prior art.

Selection of the lead compound: Mylan’s makes a general assertion that a person of ordinary skill in the art would recognize that “there is something really that Zeneca likes about these 13 compounds or [it] wouldn’t have taken the time to claim them individually by name….”  OSI/Pfizer pointed out that, the prior art disclosed other compounds with favorable characteristics that were not 4-amino quinazolines.

The judge concluded a person of ordinary skill in the art had several alternatives to consider and, since potency drives the research.  “[T]he court is not persuaded by Mylan’s argument that the ease of synthesis (rather than promising activity) would have led an ordinary artisian to pursue the 4-AQs of the Barker ‘226 application.. as..a lead compound.”

Motivation to modify: The Court also did a motivation to combine analysis. “It remains necessary to identify some reason that would have led a chemist to modify a known compound in a particular manner to establish prima facie obviousness of a new claimed compound.”  In conclusion, the Court held Mylan’s did not offer any credible evidence regarding why a skilled artisan would hone in on an alkenyl group.

Expectation of success: OSI presented credible evidence indicating that the prior art taught away from using ethynyl compounds because they “tended to be toxic” and “led to inactivation of critical liver enzymes,” except when used in very low dosages in birth control medications.

Secondary considerations: OSI’s first argument is that erlotinib has unexpectedly superior potency compared to the closest prior art, which is not example 51 of the Barker ‘226 application, but a 3′-ethyl compound disclosed in 2008.  OSI also adduced evidence that erlotinib has achieved commercial success.

OSI also presented testimony by an oncology expert, Dr. Moore who stated that Tarceva’s benefits were “definitely unexpected” because treating pancreatic cancer has been “littered with failure in Phase III” and, thus, “any positive result in this disease is unexpected.”