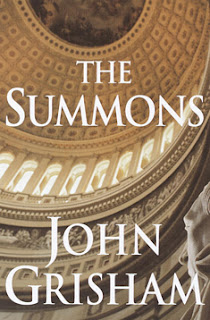 In an order dated 2nd of April, 2012, a Metropolitan Magistrate at New Delhi, acting on a criminal complaint filed by Anchor Health & Beauty Care Pvt. Ltd., has summoned before her several top officials of Colgate-Palmolive, including its global CEO Mr. Ian Cook, along with Mr. G. L. Verma, a Registrar at the Trade Marks Registry. The allegations against Colgate and the Registrar of Trade Marks relate to forgery of a document, making a false document, forgery for the purpose of harming reputation and using as genuine a forged document. Colgate has moved the Delhi High Court under S. 482 of the Cr.P.C. seeking an order quashing the summons and the complaint.
The order of the Metropolitan Magistrate can be accessed over here.
The facts at issue relate to a trademark registration certificate filed by Colgate in a suit for trademark infringement (C.S. (OS) No. 1709 of 2005) against Anchor in the year 2005 before the Delhi High Court. In its plaint instituting the trademark infringement suit against Anchor, Colgate had stated the following
“The plaintiff’s red and white colour trademark applied to a carton for ‘toothpaste, tooth-powder, non-medicate mouthwash and dentifrices’ and identified by the title ‘Colgate Strong Teeth’ is subject matter of registration No. 1223059 in class 3 dated 14th August 2003 under the Trade Marks Act, 1999. A certificate for use in legal proceedings pertaining to the said registration has been applied for and the plaintiffs undertake to file the same as soon as it is received from the Trade Marks Registry. A true copy of certificate of registration along with colour representation of the mark on form TM-1 are annexed hereto collectively marked as Annexure XX.”
The iconic ‘red & white colour’ for toothpaste and related products has been central to several rounds of litigation between Anchor and Colgate since both companies use the ‘red and white’ colour combination for their products. Therefore if either one of the companies could claim monopoly over the ‘red and white’ colour combination, it would mean that the other company would have to rebrand their entire range of products.
In the present case when Colgate had filed for the impugned trademark, it had sought, in its application, a monopoly over the red and white colour. (The application can be accessed over here). However when the mark was advertised for oppositions in the trademark journal, it was advertised without the colour condition.  (The journal advertisement can be accessed over here).Thereupon the counsels for Colgate wrote to the Registry informing them of this discrepancy and asking that the certificate be issued with the colour condition. (This letter can be accessed over here).
The registration certificate that Colgate appears to have received and filed in the suit contains the combination mark depicted in the red and white colour as an annexure, but without any accompanying word description of the said colour condition on the certificate itself. We spoke to TM attorneys who opined that the absence of a word description of the colour condition in a TM certificate is not necessarily conclusive of the fact that the said mark does not contain a colour condition. Some certificates do contain such word descriptions and others do not. And we were shown such certificates as well.
It is interesting to note that in a related writ petition filed by Anchor (W.P. (C) No. 4165-66 of 2006), before the Delhi High Court, seeking cancellation of the impugned mark, Colgate informed the Court that it was ready to surrender the original trademark registration certificate for the red and white colour combination. (This order can be accessed over here.)
The fact that the Court has ordered the subsequent certificate to be identical to the certificate as advertised indicates that the writ court was convinced that Colgate was not entitled to claim the ‘red and white’ mark in the present case since the mark was not advertised in that colour.
To further complicate matters, the entry for the impugned mark in the electronic register of trademarks contains a condition granting registration to Colgate for its ‘red and white’ colour combination. In pertinent part the register states “The mark consists a particular shade of red and white applied to the carton in which the goods are packaged, the splash colours yellow and blue do not form part of the mark and serve only to embellish the carton”. (The extract from the Register can be accessed over here) It is not quite clear at this juncture as to how this condition crept into the Register when the same was not advertised in the trademark journal.
Only time will tell us as to how this discrepancy propped up in the Register. If the quashing petition by Colgate, under S. 482 of the Cr.P.C. succeeds before the Delhi High Court, the order of the Magistrate will be set aside. If the quashing petition does not succeed, Colgate will have to face a criminal trial on the charges of forgery and using as genuine a forged document.