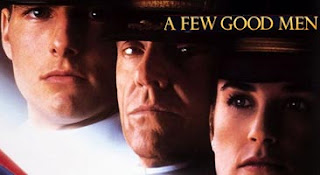 Some months ago, the Indian Patent Office handed down what must rate as one of the most significant IP decisions of this decade (and perhaps the last several as well).  A decision that elicited as many supporters, as it did critics. Reputed economics professor, Arvind Panagariya went so far as to state:
“It is said that only God and a few good men and women run India. One such man is P H Kurien. For readers unfamiliar with his name, Kurien was India’s Controller General of Patents, Designs & Trade Marks until March 12, 2012. On March 9, 2012, just three days before he left office, he issued the first-ever compulsory licence in India for the manufacture of a drug still under patent. The licence authorized Indian company Natco to manufacture drug Naxevar for which Bayer, a German multinational company, holds the patent. This was an act of major significance for India’s health.”
Predictably, the US government was up in arms; and a US government official first proselytized on how India needs to be “taught” IP and international norms, before recanting and admitting that India was well within its legal rights (under TRIPS) to issue compulsory licenses, a legal tool that the US itself resorts to time and again, albeit through its courts.
With the TRIPS opposition effectively being shown the door, the US queasiness at India’s compulsory license is now exposed for what it really is: an admission of its own vested “national” interest. Nothing wrong with pursuing national interest, except that other countries ought to be accorded the same freedom, much in line with the Biblical commandment: “Do unto others as you would have them do unto you”!
Just as patents allegedly fuel inventive genius, many believe that campaign contributions fuel US policy; and often times, the link between campaign donors and the pursuit of US national interest is only as strong as the alleged nexus between Iraq and the Al Qaeda (some argue that the hidden nexus may be found in the letter “Q”). India should therefore politely let the US know that it does not take too kindly to internal interference with its domestic policy, particularly when the matter is sub-judice before an appellate tribunal (IPAB). And if India’s voice is not strong enough, it must solicit the support of China, Brazil and others at the receiving end of strong US interference.
Indeed, all of these technologically proficient developing countries must come together and issue a strong statement denouncing that bully of an instrument that goes by the name of Special 301, or better still, decide to ignore it altogether.
As this Mint and Economic Times piece note, India’s compulsory licensing decision is likely to spur other countries to resort more aggressively to such measures. And this perhaps is the biggest worry of the US and other developed nations that house the leading drug majors. China has been cited as an example of a country that ramped up its compulsory licensing provisions in the wake of the Indian provision. Given that most of China’s recent amendments pertained to procedural issues (with the substantive grounds for issuing licenses remaining largely the same), this is only partly true. Along with Shan Kohli, I will explore this issue in more detail in a future post.