A new feature that our SpicyIP team will be serving you is a weekly roundup of notable IP developments both in and out of India.

The highlight of the week is undoubtedly the huge Apple-Samsung verdict announced late Friday evening. In an extraordinarily short period of time (3 days) the federal jury in a Californian court came to its conclusion and awarded $1.051 billion to Apple in damages while finding Samsung guilty on most counts of infringement. A few of us at SpicyIP will be writing follow up pieces this coming week on what impact this decision may have. Earlier the same day, in another battle of the Apple-Samsung patent war, a South Korean court held that both companies infringed each others patents and injunctions were passed both ways.

What’s been happening in India:

The Copyright (Amendment) Act, 2012 is rightfully garnering lots of excitement with our copyright scholars. While ILS, Pune is hosting a 2 day national seminar (25, 26th August, with SpicyIP’s Amlan Mohanty speaking as well), the NUJS Law Review is featuring a special edition on “Copyright (Amendment) Act, 2012 – Welcome Change or Missed Opportunity”. (Interested contributors should submit their entries by Nov 15th, 2012). However, it’s not only the IP world that’s interested in the new amendments, the Parliament was treated to a musical ‘thank you’ on 23rd August for the new clauses which enable artistes, song writers and performers to now collect royalties.

The other reported developments this week also seem to be mostly Delhi High Court and copyright related.
The Delhi High Court upheld the moral rights of authors under Section 57 of the Copyright Act in a case where the defendant failed to give credit to the author while also falsely attributing authorship to another person. 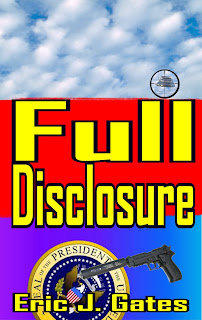 Shan Kohli covered another Delhi High Court judgement which dealt with the copyright-ability of advertising slogans. While finding that the slogan ‘Shauq Badi Cheez Hai’  was not copyrightable, the Court also held that the plaintiff’s unregistered trademark was not entitled to any damages; and that there was no case for Passing off as the plaintiffs had not been able to show reasonable ground for apprehending deception, nor had they proven acquired reputation of the slogan.

Prashant’s persistent efforts at finding out the details of CSIR’s patent licensing finally bore fruit as they sent across a comprehensive list of all the patents it has licensed out in the last 10 years showing that more than 400 licensing deals had been made!

In an important development in Indian copyright jurisprudence, Amlan takes us through another recently decided Delhi High Court judgement which looks into the possibility of using the De Minimis principle in conjunction with Fair use in copyright law. While it becomes clear that this principle can be used as a valid defence in infringement cases, it’s nature and application are still uncertain. (post 1) (post 2)

The Court of Appeals for the Federal Circuit (USA) released the newest addition to the Gene Patent debate – stating that isolated DNA is patentable in AMP v. USPTO. The decision also stated that method claims for screening potential cancer therapeutics via in vitro changes are patentable, but method claims for comparing or analyzing gene sequences were not patentable. (Patently-O) (IP-Watch)

Patent wars in the mobile sector continue. While Apple and Samsung are at each other’s throats in many forums, they have also gotten together along with Google to try to buy Kodak’s patent portfolio for a little less than what Kodak seems to think they’re worth. Somewhere in between, Google has also released a statement saying that patent wars are not helpful to innovation. In the mean time, Motorola Mobility, a new Google subsidiary has brought a suit against Apple to the International Trade Commission for infringement of 7 non-FRAND patents.

In the area of media piracy, a UK court found SurfTheChannel’s operator Anton Vickerman guilty of “conspiracy to defraud” for hosting a site which indexed but didn’t host links that included infringing content and sentenced him to 4 years in prison. Techdirt certainly doesn’t seem to happy about the decision. In the meanwhile, a New Zealand court reaffirmed that Kim Dotcom (founder of Mega Upload, a file sharing site) should be allowed to see some evidence to justify the extradition that the US is trying to do in order to charge him with copyright infringement.

Copyright trolls have found some interest this week too. Mike Masnick highlights a recently appointed judge Beryl Howell whose position immediately prior to appointment was an industry lobbyist (RIAA) ! He writes that she seems to be a lot friendlier to copyright trolls (non practising entities – NPEs) that most other courts. David Schwartz and Jay Kesan have also written an incisive paper on the role of NPEs in patent litigation. A summary of the article is available here with a link to the whole article at the end.

Finally, several top and leading IP scholars recently convened at Stanford for the IPSC and Gigaom covers the top 8 highlights of the conference. Definitely some very interesting pieces in there.

And that’s it for this week’s IP highlights! If there’s something notable that’s been missed out, please drop in a line about it in the comments section.