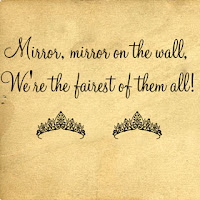 Mainstream media in India has been abuzz with news of a copyright raid conducted against a small photocopy shop by leading publishers. The allegedly infringing material are course packs containing extracts from different books that are selected by the relevant faculty teaching the course at Delhi University. Students routinely procure these course packs from the local photocopier. The raid evoked sharp reactions from students and the academic community, with an FB protest page as well.
Writing in Kafila, Lawrence Liang notes:
“Cambridge and Oxford university press along with Francis and Tailor have filed a copyright infringement petition against Rameshwari Photocopy services and the Delhi university claiming that the course packs that are distributed are in violation of copyright. Describing the course packs as infringing and pirated copies the petitioners have claimed damages to the tune of sixty lakhs….
….The fact of the matter is that in most academic disciplines textbooks are extremely expensive and unaffordable for the average student and if one attempted to buy all the books which are prescribed for a course it would mean that only very few privileged students would afford an education in India.”
For further reading on this issue, see  Danish Sheikh who deals with the issue of fair dealing (in course packs) from a comparative perspective in Kaafila. And Rahul Matthan who strikes a different note by arguing that the course packs in question amount to a violation of the law and that the photocopier must bear the consequences of this transgression.
In this Indian Express editorial, I argue that the copyright defences (under both section 52(1) (a) and (i)) of the Indian copyright act) are wide enough to cover the creation and reproduction of course packs.
I extract below:
“When asked what he thought about Western civilisation, Gandhiji replied: “I think it would be a good idea.” A recent court ordered copyright raid at the behest of leading book publishers against a poor photocopier at Delhi University might force the Mahatma to endorse a similar sentiment if one were to ask him what he thought about public interest in intellectual property (IP).

Contrary to popular perception, IP regimes are meant to serve not only the private commercial interests of IP owners, but a wider public interest…..

It is within this framework that one ought to view the recent attempt by leading publishers to prevent students from accessing affordable course packs put together by a small photocopy shop at the behest of a leading university.

Many appear to acknowledge the “technical” illegality of the photocopying, and take issue with the raid on a purely moral basis. However, it is important to appreciate that the law itself provides enough wiggle room for exempting these acts from copyright infringement.

The law suit filed by publishers before the Delhi high court indicates that the alleged instances of copyright infringement constitute no more than 10 per cent of individual copyrighted books in most cases.

Even in a maximalist IP jurisdiction such as the United States, courts have held that reproducing less than 10 per cent of a book constituted “fair use”. Although the ruling in this case (Cambridge University Press vs Becker) pertains to electronic copies, the logic of it should apply to the physical world as well.

The fair use doctrine is recognised as a valid defence to copyright infringement in most countries including India, where Section 52 of the Copyright Act permits one to “fairly deal” with any copyrighted work for “private or personal use including research”.

That universities and students photocopying excerpts of articles and book chapters are doing so for private or personal use is beyond doubt. And it stands to reason that if the university can do this legitimately, it can also outsource this function to a third party photocopier (who does it as an agent of the university). However, the critical issue is: what amounts to “fair dealing”?

Would takings of less than 10 per cent of copyrighted books amount to fair dealing? If a free-market capitalist economy such as the US, with a maximalist IP regime, can suffer 10 per cent, India can do far better. We should peg our yardstick at 20 per cent or even higher. After all, of what use is our constitutional guarantee of the right to education when materials cannot be accessed by the average student?

But we need not split hairs over the appropriate permissible “fair” percentage. Our copyright act recognises a fairly wide educational exception in Section 52 by permitting any material to be reproduced “during the course of instruction”.

It is a truism that educational material is largely expensive and often unaffordable to the average student. While foreign publishers claim that almost all titles have Indian editions and are lower priced, a recent empirical study done by me along with my research associates demonstrates this to be a false assertion. A vast majority of legal and social science titles (that we studied) had no equivalent Indian editions and had to be purchased at rates equivalent to or higher than in the West. The lower priced Indian editions were often older and outdated versions.

….In the end, a large part of this case will hinge on the term “fair”, a somewhat epidermal term, given our obsession with fairness creams. One hopes that the unfortunate Delhi raids will force us to examine it at a deeper level and acknowledge that a society where private commercial gain trumps the larger public interest in promoting educational access can never be a “fair” one.”