Every time a lawyer (or in this case, a blogging spectator) predicts how a case will proceed, you usually cross your fingers and hope you’re right.
In the case of Bata v. Prakash Jha Productions, I had said I would be surprised if Bata went to the Supreme Court or if the SLP would be admitted. I was wrong on the former count, and right on the latter.
But the SLP did not need to be admitted because in this wonderfully unusual order, once again delivered in record time, the Supreme Court has asked the production house to run a disclaimer when the song is played. 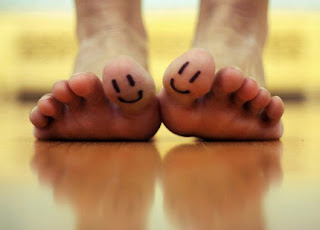 The order (interim in nature) is short and succinct, but makes a couple of very important observations:
(i) The song appears in context of the movie;
(ii) The use of the names of the business houses including BATA is in poor taste, and could have been avoided;
(iii) “Poor taste” does not imply that the reputation of those business houses was meant to be tarnished;
Keeping all of these factors in mind, the Supreme Court looked for a via media option, and found a tailor made solution in an order of the Calcutta High Court by the Single Judge (later upheld by the Division Bench).
The solution entails the Respondent adding a disclaimer when the song is played stating:
“Use of the names of the song are merely as  example. No injury or disrespect is intended to any particular  person or brand.”
A similar disclaimer is to be added to the audio version of the song.
It’s a good day to be walking in Bata’s shoes, though this blogger wonders if this disclaimer will attract more attention to the otherwise almost unnoticeable reference to Bata.
Hat tip: My very resourceful (probably prefers being anonymous) friend.
Note to the readers: If anyone knows which case from Calcutta the Supreme Court is referring to, do let us know. Would be great to link it to the post. Update: The order of the Single Judge of Calcutta has been linked thanks to our wonderful readers.