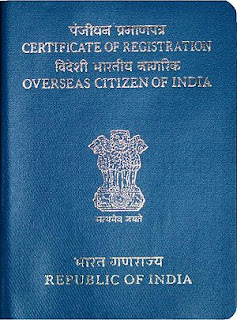 In an order dated the 25th of September, 2012 the High Court of Karnataka, situated at Bangalore passed a writ quashing an order of the Controller General of Patents, dated 22nd of February, 2012 which had ordered the removal of an erstwhile patent agent – Naren Thappeta from the Register of Patents, thereby barring him from practising as a patent agent under the Patents Act, 1970. The order can be accessed over here.
The petitioner was an Indian citizen at the time that he got himself registered as a patent agent but subsequently became a U.S. Citizen. However under the government’s Overseas Indian Citizenship (OCI) program, as implemented by recent amendments to the Citizenship Act, 1970 foreign citizens of Indian origin do enjoy certain fundamental rights on par with Indians. Subsequent notifications by the Govt. of India expand on the exact nature of such rights. The petitioner was one such person who had cancelled his Indian passport after acquiring an American passport on 17th March, 2004 and subsequently registered as an OCI on 30th of March, 2006. Acting on a complaint, the Controller General ordered the petitioner to be removed from the register of patent agent on the grounds that he was no longer a citizen of India. The petitioner subsequently challenged the order.
Scrutinizing the grounds for registration and removal of patent agents, the Court noted that the petitioner was an Indian citizen at the time he registered as a patent agent and that the only relevant ground on which he could be removed from the patent register, as per Section 130 of the Patent Act, 1970, was if he had secured his initial registration by supplying false information or suppression of vital information.
Scrutinizing citizenship law on the point, the Court also makes a prima facie determination that the petitioner was justified in contending that he is entitled to practice as a patent agent. Since it appeared to the Court that most of the material produced before the Court was not produced and subsequently considered by the Controller-General, the Court quashed the Order of the Controller-General and gave the Controller-General the liberty to conduct a fresh hearing to determine whether the petitioner was entitled to continue being on the Register of Patent Agents.