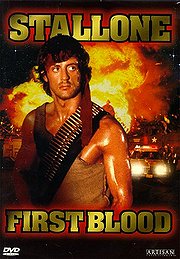 Finally, almost thirteen years after it was first conceptualized, the Traditional Knowledge Digital Library (TKDL) is on path to having an Indian TK related patent application, filed by an Indian citizen, being struck down as non-patentable.
I’d like to take a small slice of credit for this particular case because this was a case I had pointed out on the blog earlier this year, as a part of a series of posts on the TKDL. The focus of those posts was on how the TKDL was being utilized to oppose only TK-related patent applications in the West, while hundreds or maybe even thousands of patent applications were being granted for similar TK-related inventions in India. As a part of that post, I gave examples of three EPO patent applications which the TKDL had claimed were withdrawn because of evidence submitted by it. The counter-part of all three applications were however skipping along merrily before the Indian Patent Office since the TKDL at the time was screening only EPO and USPTO applications without any focus on any Indian patent applications. Shortly after that post, TKDL filed 2 pre-grant oppositions against 2 of the pending patent applications, filed by Laila Nutrachemicals before the Indian Patent Office. The third patent application, filed by Avesthagen, proceeded suspiciously fast to the stage of grant.
Of the two pre-grant oppositions filed before the Indian Patent Office, the IPO has dispatched an Examination Report in one of the cases to the applicant citing the TKDL references as one of the grounds of oppositions. The Asst. Controller of Patents T.V. Madhusudhan has cited several other prior art references apart from the TKDL. (The report can be accessed over here). The patent application in question relates to different uses of turmeric. This is interesting and it appears that life has gone a full circle for the TKDL because the patenting of turmeric in the US was one of the reasons that the TKDL was even created. Given that this application did not get through at the EPO and given the strength of th e report by the Asst. Controller, it is most likely that even the IPO will hold the invention to be notpatentable. A large part of the credit for this should go to the TKDL. The remaining goes to the Asst. Controller.
This case however is just the first of what I easily estimate to be hundreds of cases of TK related patents. The scope of the challenge can be gauged by the list of TK related patent applications published by the Controller General on the IPO website just a few months ago.
The main challenge or rather the conflict of interest is going to be the dubious TK related patent applications filed by CSIR and other central govt. controlled labs. The TKDL is currently operating under CSIR and it will face a severe conflict of interest in challenging these patent applications filed by its sister bodies. Patents are often seen as a matter of prestige for scientists and they are not going to take it lightly if their patents are objected to by brother scientists. In any case, the Patent Office must make sure to push TKDL to the wall on any suspicious patent application filed by CSIR or the Central Unani and Ayurveda institutes. Hopefully once the Patent Office had evidence of a conflict of interest it can propose that the TKDL be given a statutory character independent of CSIR. Here’s hoping for the best.