Rupkatha Basu, a 4th year student at KIIT School of Law, Bhubaneswar, brings us a guest post on a topic that we seem to have not managed to discuss enough on the blog – that of non-conventional  trademarks. Using Cadbury’s famous purple branding as an example, Rupkatha looks into whether colours can be given protection as trademarks in India. This is Rupkatha’s first submission piece for the SpicyIP Fellowship. For those interested in more on the topic, we’ve earlier noted that Dev Gangjee, of LSE, has written this excellent paper on Non-Conventional Trademarks in India. 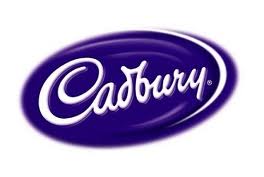 1stOct, 2012 proved to be a day of celebrations at the Headquarters of Cadbury.  Judge Birss’ judgment after three years of legal battle[i] gave an occasion to the company to rejoice with Dairy Milk Bars.  The registration of the shade of purple (pantone 2865c) used by Cadbury in its logo and more importantly on the packaging of its chocolates has been upheld by the High Court in London. Pantone 2865c is held to be registrable although it is a non-conventional trademark.
A non-conventional or non-traditional trademark is a mark used in the course of trade by a company which may not in itself be capable of being perceived and distinguished visually. In case of colour trademarks i.e. when a colour per seis going to be registered, the problem is it is subjective, since the manner in which a common man distinguishes two similar shades of colour varies with different individuals. The difficulty in registering colour per se in EU is because one needs to prove distinctiveness and graphically represent that colour trademark. While graphical representation of colour is possible by referring to any international system of colour viz., Pantone, Focoltone or RAL it is hard or rather impossible for a colour to be inherently distinctive. Thus, the owner needs to prove that the colour has acquired the distinctiveness through continuous use. The UK-based chocolate company – acquired by the food business Kraft in 2010 – applied for the trademark in October 2004, registering its right to use the colour purple (Pantone 2685c). But its rival Nestle argued that colours could not be practically trademarked for commercial advantage[ii]. Rejecting Nestle’s appeal, Judge Colin Birss said in the high court in London: “The evidence clearly supports a finding that purple is distinctive of Cadbury for milk chocolate.”
The result is that, after the Libertel case[iii], single colour is registerable as trademark provided it can be represented in accordance with the conditions laid down by the ECJ in Ralf Sieckmann’s case[iv].  By allowing registration of Cadbury’s purple colour, the High Court has made it clear that in UK, single colours can be given the protection of a trade mark.
Cadbury’s application for registration of its purple colour with the Trade mark Registry was rejected in India. The registration of non-traditional trademarks is still in its infancy in this country. Only a few sound marks like the Yahoo! and ICICI tune have been successfully registered. The main reason for not allowing single colours but only combination of colours to be registered in India is the fear of colours to be depleted. But the Indian courts and the Trade Mark Registry need to remember that the Colour Depletion Theory only bars the registration of the seven basic colours but not any shade of them. Shades of those colours are very much registerable if they can be represented by an international system of colours. When the colour has become synonymous with the brand, it should be allowed to be registered for better protection.
The definition of trademark under section 2(1)(zb) of the Trade Marks Act, 1999 includes combination of colours and packaging. Thus, there is a scope of colour to be included as a trade mark. The Indian judiciary in some instances has acknowledged colour as a part of trade dress and provided protection to it in Colgate Palmolive Company v. Anchor Health & Beauty Care Pvt. Ltd.[v] and Cadbury Ltd. v. ITC Ltd[vi]. Moreover, Trade Marks Act gives an inclusive definition of trade mark. It does not exclude anything capable of distinguishing any product. 5.2.1.2 of the Draft Manual for Trade Mark Practice and Procedure provides that subjective examination is to be done for non traditional trademarks like colour. The Manual further states that for a colour mark to be registerable“The key issue will usually be whether the proprietor has used the mark distinctively to educate the public that it is a trade mark.”[vii]

What better way to celebrate the New Year than with Cadbury when the brand has made the 1st day of every month a celebration day with its iconic slogan? The basic function of a trademark is to identify its source and I think when a mark can very well fulfill that obligation, whether it is traditional or non-traditional should be immaterial.