The week began with a two part post by Aparajita Lath on the impact of the digitization of content on the television, film and music industries. In the two posts, Aparajita analysed the growth trends in these industries with respect to output, revenues and creativity.  With respect to the music industry, a comparative analysis shows that sales, revenue, production and creation of new genres of music are on the rise despite digitization of music. The film and television industry are also flourishing in this age of digitization despite fears to the contrary that digitization would threaten creativity, contribute to revenue loss and exploitation of small scale creators.This is primarily because digitization has created  avenues for new creations to take place and because industries have developed their own methods of tapping into the revenue streams of digitization. Aparajita concludes by noting that the way forward is to mould policies that fit into the changed landscape of emergent technologies.

Aparajitha also wrote about how the trademark of the Swedish firm, IKEA is being infringed upon by Indian firms that are trying to take advantage of the goodwill and reputation of international firms. In the FDI context, where IKEA’s entry into India has been approved, IKEA may file a trademark infringement case against such Indian firms Aparajitha also cited examples of GroupOn and Walmart to underscore the fact that IKEA is not a one-off case in the Indian context. 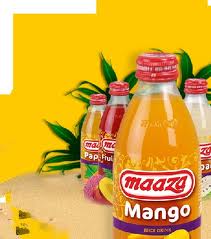 We then had Anubha Sinha, writing on the latest Delhi HC order that barred Bisleri from using the brand Maaza in India. The Delhi High Court was moved by Coca Cola asking for an injunction preventing Bisleri from using the brand Maaza in India as the right to use the trademark in India had been assigned to Coca Cola. The High Court ruled in favour of Coca Cola. However, the Court noted that Bisleri may continue to manufacture Maaza in India, on the condition that the stock is exported.

Prashant Reddy blogged in two posts about the litigation playing out in the Courts between the music label, Aasha Audio and Javed Akhtar and the Registrar of Copyrights.  The Civil Judge at Barasat before whom Aasha Audio filed the suit refused to grant them an interim injunction. On appeal before the District Judge, Aasha Audio was given a limited ad-interim injunction on the condition that royalty payments would be made  to the authors. Javed Akhtar has now filed a revision petition before the Calcutta High Court. While the Calcutta High Court refused to interfere in the ruling of the District Judge, they have agreed to hear the arguments of Mr. Akhtar and the other defendants before extending the interim injunction further. They have also ruled that royalty payments need to be made as per the amended Copyright Act. In his second post, Prashant looked at whether the lawsuit of Aasha Audio is maintainable in the context of Sec. 76 of the Copyright Act. As long as the Registrar is carrying out his duties in pursuance of the Copyright Act, Sec. 76 protects him from legal proceedings. If at all the Registrar is not exercising his office in accordance with the Constitution, then Aasha Audio can approach the High Court under Art 226 and not by making him a party to such civil suits. Amlan Mohanty, wrote about the application of the new Sec 65A of the amended Copyright Act by the Delhi High Court in his post,  Jailbreaking Sony Playstations To Be Illegal in India? – First Test of Newly Inserted S.65A of the Indian Copyright Act, 2012. He analysed the Delhi High Cout order that granted an ex parte injunction against the defendants in favour of Sony. He argued that as the text of Sec. 65A only allowed the law to operate only to protect rights conferred by the Copyright Act and since there is lack of clarity on which right is being violated when a user modifies his device, Sec. 65A ideally should not be used to prevent users from modifying their legally owned device.  He argued that in the instant case, it was sufficient if the Court had restricted the making and distribution of pirated games and that the present order which restricts the sale of modified game consoles goes far beyond what was required. This order of the Court, in Amlan’s opinion is based on what Sony consented to and not on what the Copyright Act protects.

Swaraj reported that Managing IP’s second Annual IP and Innovation Forum was happening on March 7th, 2013 at Le Meridien, New Delhi. He also provided the list of speakers along with a broad overview of the intended objective of the panel discussion.

I wrote my first post for SpicyIP as a Fellow on the new Unitary Patent System in Europe. The unitary patent is intended to provide legal protection for the applicants in 25 member countries of the European Union through a single administrative step, with the exception of Italy and Spain. There will also be a Unified Patent Court whose decisions on validity and infringement would be binding on the 25 EU countries. The unitary patent system will no longer require applicants to translate all their paperwork into the language of the respective EU member country. However, this lack of requirement of translation has been criticized on the ground that the new system privileges companies that work in English, French and German while disadvantaging other EU countries. This also throws up important questions on the issue of determining prior art. Other problems of the patent system such as its necessity itself, maintenance fee and forum shopping were discussed.

Rajiv Choudhry wrote a post about the recent IPAB order that directed the patent office to accept a national  phase patent application that was originally filed with less fees. The IPAB ruling is based on the fact that the rejection happened at the last date by which time it was impossible for the applicant to correct their mistake. Rajiv argues that while this is an excellent decision, the IPAB in this case have skirted around the issue of the extra fees that the patent office receives from applicants who enter the national phase with less claims than at the international application phase.

Anubha Sinha reported on the recent RetractionWatch fiasco. RetractionWatch is a blog that is dedicated to reporting retractions in the medical field. They reported about Dr. Anil Potti, who has ten retractions to his credit on their blog. A copyright infringement case has been filed against Retraction watch regarding the reporting of Dr. Potti by Newsbulet.in, whose editor is a Mr. Chatwal from Noida on the ground that RetractionWatch copied the blog posts regarding Dr. Potti from Newsbulet.in. This is unlikely as RetractionWatch published the posts on Dr. Potti in January, 2011 before Newsbulet was created in October, 2012. Anubha also notes that this is not the first time DMCA notices have been manipulated to serve an ulterior purpose.

It has been a very shocking and painful week for SpicyIP as we attempt to absorb the news of the sudden demise of Rahul Cherian, an expert and policy activist in disability law, intellectual property  law and technology law . Mr. Cherian , a 1998 graduate of NLSIU Bangalore is the co-founder of Inclusive Planet Centre for Disability and Policy, a NGO.  He was a fellow of the Centre for Internet and Society, Bangalore as well as a partner at IndoJuris Law Offices, Chennai.

Managing IP survey: The 20th edition of Managing IP’s annual survey of the leading IP firms across the world is due this year. The survey and ranking of patent firms has already been released in the February issue of their magazine with the survey of trademark firms due in March and copyright firms in April.. Thye survey of patent firms includes the mergers, splits and hires in Europe, Asia as well as a state by state analysis of firms across the United Sates.

Copyright for librarians: An essential handbook:  This is a concise and simplified copyright law book for librarians developed by Harvard’s Berkman Centre for Internet and Society. The book covers new developments in the area of copyright law and can be downloaded for free from here.

Draft text on the protection of genetic resources: WIPO delegates of the Intergovernmental Committee on Intellectual Property and Genetic Resources, Traditional Knowledge and Folklore (IGC) after a week long drafting exercise have produced a draft text on the protection of genetic resources which is to be tabled before WIPO’s annual General Assembly in September 2013 as per the Committee’s mandate. It is aimed at protecting genetic resources from misappropriation. Joint recommendations and proposals have been submitted by many developed and developing countries around the world.

Promoting Access to Medical Technologies and Innovation is a study co-edited by WHO, WTO and WIPO on the interplay between public health, intellectual property and trade which was launched last week . The 250 page document is aimed at policymakers, international organisations, academics, researchers and non-governmental organisations. The heads of all three organizations were clear on the fact that the study is not meant as a final report and that it should be  “treated as a practical resource and not a doctrinal treatise.”

Two IP centric documentaries that have come to our notice this week are TPB-AFK and Fire in the blood. TPB-AFK documents the trial of Pirate Bay administrators who were convicted in a civil and criminal copyright case in Sweden in 2009 against the Government for their work with Pirate Bay. Fire in the Blood documents the death of millions in developing countries from AIDS as the importation of life saving generic drugs to these countries is blocked by the WTO as a result of the TRIPS agreement. TPB-AFK is available online while Fire in the bloods is coming to theaters this April.