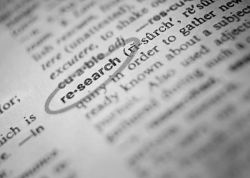 The recently released 248th Report of Parliamentary Standing Committee on Human Resource Development (“Committee”) was highly critical of the Universities Research and Innovation Bill, 2012 (“Bill”) including its fundamental presumptions and framework. I shall introduce the aforesaid Report in these posts.

The Universities Research and Innovation Bill, 2012
Despite having one of the largest higher education systems in the world with 600 Universities and 33000 colleges-publicly and privately funded, only a few Indian institutions of learning figure in the list of top global institutions. The Bill was drafted based on the following understanding that: a) public expenditure on higher education is insufficient; and b) substantial part of the funding must flow into the education through not-for-profit private participation. As per the data given by UNESCO Institute for Statistics, India enjoys only 2% of the share of world researchers as compared to other countries like US (20.3%) and China (20.1%). The challenge, therefore, is to make India an attractive destination for higher education, research and job opportunities.
The Bill was introduced in the Lok Sabha on May 21, 2012. It is significant to note that the Bill allows the Central Government to set up Universities for Research and Innovation (“URI”) through notifications. These universities shall be a) enabled to emerge as centres for ecosystems to develop as hubs of education, research and innovation and b) promote research and innovation in learning and design, development and delivery of solutions and for matters connected therewith and incidental thereto. The Bill aims to lay down an enabling legislative framework for establishment of URIs both in the private and public sectors.
Standing Committee Recommendations
The Committee noted that the traditional universities are focused on imparting undergraduate and postgraduate education. They are not in a position to focus on research and innovation. The Committee attributed the extant unfavourable legacy systems, governance structures and the socio-cultural milieu of the existing institutions to the lack of conducive environment for world-class research and innovation. In the aforesaid context, the Committee observed that the proposed legislation for setting up URIs is a long-awaited and welcome step. The Committee was, however, critical of the extant framework envisaged by the Bill.
The Committee noted that the proposed universities will enjoy complete autonomy in the design of programmes. They will be structured around Schools/Faculties, cutting across disciplines. The decision-making on academic matters will be devolved to School/Faculty. The Committee observed that there will be two different categories of universities – a set of institutions, which are autonomous and free from any control or monitoring as envisaged for the other traditional category of universities, having better service conditions for their faculty as compared to the existing universities. Further, unlike the traditional universities, the proposed URIs can be established through notifications and therefore, fall outside the scrutiny of Parliament/Legislature.
Criticising the Department of Higher Education, the Committee noted that the Department did not conduct wide-ranging consultations with all the stakeholders including effective consultations with State Governments, academicians, scholars and representatives from industry. It was also pointed out that the Department did not consider the frameworks in other countries such as Australia, America, Germany and China.
Strengthening the existing framework
The various stakeholders were of the view that a few premier universities/institutions may be identified for higher quality research and teaching rather than establishing another set of universities. It was pointed out that universities such as JNU, Delhi University, Hyderabad Univesity, IISC etc. have been functioning with research as an integral component of teaching. It was admitted that absence of autonomy is the major issue in most of the universities. The autonomy that they enjoy is limited to academic autonomy and does not extend to administration and finance. It was noted that the latter lacunae in the framework stifles research and innovation in these institutions.
It was, accordingly, suggested that administrative and financial autonomy with flexible rules will facilitate and motivate research and innovation. It was also felt that interface between universities and research labs like CSIR, DRDO, etc. and industries needs to be strengthened. In short, all the major stakeholders were of the view that by suitably modifying the present university system, objectives of the proposed legislation can be achieved. There is little to be gained by creating a new structure.
Given the governance structures in place, the Committee was of the view that it will be difficult to convert any existing university into a URI. In the event of such traditional universities being converted to URIs, it may lead to average students being deprived of getting UG/PG education. The Committee noted that some of the well-established Central Universities and Research Organisations are performing well in the arena of research. The Committee recommended for identifying and strengthening such universities so that they can evolve into URIs. The Committee cited ‘Project 985’ launched by China in 1998 wherein nine universities were converted into Research Universities. The progress of the aforesaid universities in R & D was so immense that most of them are now recognized all over the world for their research output.
Shortage of faculty
The Committee was of the view that the problem of shortage of faculty persists and ails most of the universities of the country. The mere setting up of new universities and institutions will not serve any purpose in the absence of qualified and experience teachers. According to the Committee, “the ultimate losers are the students and their future”. The proposed universities, with better service conditions and higher pay scales, will attract qualified and experienced teachers. The Department was thus required to take concerted efforts in a balanced manner so that our existing universities may not suffer at the cost of the proposed URIs. The Committee recommended for accelerating the efforts of the Department towards reducing the shortage of faculty.
(Will be continued…)