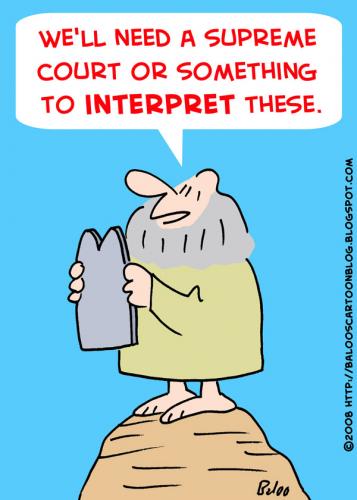 The normal rule in trademark law is that once a person registers a trademark for particular goods, he has the exclusive right to use that trademark in relation to those goods. As with most rules there are exceptions: one exception provided to this general rule under the Trademark Act, is when there are two or more registered proprietors of the same mark. In such a situation, neither proprietor can claim exclusivity against the other. However, what the exception does not state is whether the exception applies to all goods/any goods or only to those that the trademarks have been registered for. A general rule of statutory interpretation is that an exception is coloured by the rule. So the exception is limited to a trademark registered for particular goods and not any and all goods.

The inter-play between this rule and exception in trademark law was examined in Kumar Milk Foods v Tyagi.

The main question in this case revolves around S. 28:

(2) The exclusive right to the use of a trade mark given under sub-section (1) shall be subject to any conditions and limitations to which the registration is subject.

(3) Where two or more persons are registered proprietors of trademarks, which are identical with or nearly resemble each other, the exclusive right to the use of any of those trademarks shall not (except so far as their respective rights are subject to any conditions or limitations entered on the register) be deemed to have been acquired by anyone of those persons as against any other of those persons merely by registration of the trade marks but each of those persons has otherwise the same rights as against other persons (not being registered users using by way of permitted use) as he would have if he were the sole registered proprietor.

On interpreting these sections, two situations can arise:

The court, through cases and examples, allowed the Plaintiff’s claim and granted an interim order against the Defendants.

The Defendants contended that the opening words of Section 28(1) of the Act made that provision “subject to other provisions of this Act” including Section 28(3). Section 28(3) does not contain any reference to the goods in respect of which registration was granted. Therefore, irrespective of the class of goods, as long as the Plaintiff and the Defendants held registrations in respect of an identical/similar mark, neither could seek to restrain the other in an infringement action.

The court decided in favour of the Plaintiff and held that the legislative intent, by providing different classification of goods and the requiring proprietors to register under specific classes, showed that Section 28 (3) of the TM Act should be would apply only on two conditions:

one, that the two registered marks “are identical with or nearly resemble each other”; and two, they are in respect of the same class of goods and services.

Eg: A obtains a registration of the trademark Vapour for ‘cosmetics’. And B also has a registered trademark Vapour for ‘cosmetics’. So, there are two Vapour branded cosmetics in the market. As per S. 28(1) read with S. 28(3), neither A nor B can claim exclusivity against each other for the use of the said mark in relation to cosmetics. Therefore, till rectification of the mark, the persons who are shown as the proprietors of the registered trade mark would continue to have all rights and privileges and the registration would be prima facie evidence of validity.