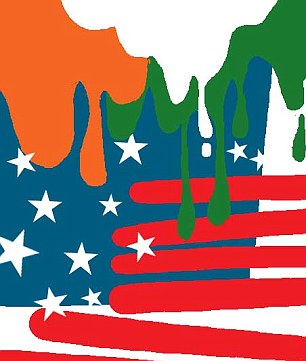 India’s IP practices have hardly been agreeable to the US. Despite the differences, there exists a flourishing pharmaceuticals trade between the two countries. However, reports indicate that the relationship has nosedived this time round. Presently, the US Trade Representative (USTR) is reviewing our IP regime, which is scheduled to be released in the following week (USTR Special 301 report). An unfavourable review will lead to downgrading India’s status to ‘Priority Foreign Country’, which may prompt the US to impose sanctions on Indo-US trade. In fact, India has been on the US priority watch list since 1974. Previously, the Alliance for Fair Trade with India recommended the USTR to place India in the Priority Foreign Country list.

These actions have mostly been triggered by Big Pharma lobbyists complaining to the US government about India’s trade practices. Their biggest gripe is India’s tendency to promote accessible healthcare by using tools such as compulsory licensing. The US has also expressed its displeasure over the Supreme Court’s decision rejecting Novartis’ patent last year.

Recently( and expectedly) , Pfizer complained to India’s Ambassador to the US, S Jaishankar saying that:

“a series of regulatory initiatives and legal challenges have frayed relations between the Indian government and global pharmaceutical firms”, and urged the government to “shift from using destructive IP policy as an access strategy”. The company listed five complaints, including India’s “discriminatory standards of patentability, use of compulsory licensing, lack of data protection, some of which it claimed violates the country’s global obligations under Trade Related Aspects of Intellectual Property Rights (TRIPS).”

On the other hand, the US pharmaceuticals giant Abbott submitted that it does not face any challenges from the Indian IPR regime to the USITC. It recognised the Indian government’s efforts to strike a balance between providing affordable medicines and encouraging development of new medicines. Abbott lauded India’s transparent policy and a procedurally fair regime citing:

“..when the Central government recently revised the National List of Essential Medicines (NLEM), it pursued a transparent and deliberative approach, formally soliciting the views and comments of over 60 different stakeholder groups in the country.”

Earlier, this week the Cabinet Secy with conducted a meeting with top bureaucrats to resolve the issues. Indian officials maintain that the our IPR regime is TRIPS compliant and not discriminatory or violative of international norms. They have requested the US Government to engage in dialogue to sort out the differences, instead of imposing sanctions. The Indian officials have made it sufficiently clear that any such imposition will result in India dragging US to the WTO. Further, the Government has made attempts to engage in a dialogue with Big Pharma. FICCI also discussed the issue with a US delegation recently.

Indian Pharma exports are already suffering in the wake of these differences. Reportedly, Indian exports registered slowest growth in at least 15 years at 1.2 per cent to $14.84 billion last fiscal. There is much suspense over the imminent clash between the two countries. The Special 301 Report shall be released next week. We shall keep our readers updated with the developments accordingly.