Part I of this looked into some of the claims that Pfizer has made. This part looks into what that testimony has led to. 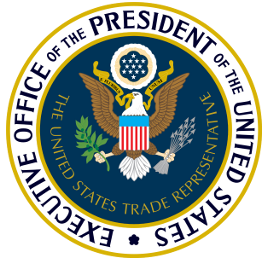 170 Members of US Congress write to Obama criticizing India’s IP regime
The effects of Waldron’s testimony, no doubt combined with other lobbying efforts, have led to 170 US Members of Congress writing to President Obama, urging him to ensure ‘these issues are raised at the highest levels of the Indian Government and that they are a top priority at the upcoming US-India Strategic dialogue and other bilateral and multilateral meetings.’ KEI has made the letter available here.
The letter specifically mentions the Nexavar Compulsory license but without giving reasons other than  it’s a “stage three liver and kidney cancer drug”. Presumably, the letter is referring to the same reasons that Pfizer’s Waldron used in his testimony – ie, the local working requirement. Presumably, they’ve also skipped over the main reasons for the Nexavar CL (ie, that the medicine was made available to only 2% of the patients and that it was very unreasonably priced at Rs 2.8 lakhs/month).
Regarding the local working requirement – this certainly is controversial. However, there are strong arguments (for eg: ‘justified differential treatment’ + technology transfer goals of TRIPs) that say it does not fall afoul of Art 27 of TRIPs.
(A similar provision present in Brazilian law was challenged by the US at the WTO, but US withdrew the complaint before any ruling could be given on the matter. Brazil assured US that they would consult with US in case it chose to use that provision to issue a CL).
Though this time they may actually have an argument (as opposed to their claims discussed in part I), once again their confident ‘imposition’ of this unilateral conclusion on the matter seems disingenuous to me. This opinion is informed by surrounding circumstances as mentioned below.
[On a side note, the Indian Patent Office’s latest move of publishing all Statements of Working, is bound to be making a few companies very uncomfortable. Readers can look forward to more from SpicyIP on that front]
As KEI also points out, “the letter cites the USPTO’s statistics claiming that 30 percent of the American work force are employed by intellectual property intensive industries. As noted by KEI previously, however, that USPTO report contained misleading data and more than eighty-three percent of those “IP-intensive” jobs were actually employed by those industries considered to be “trademark intensive”; grocery stores were listed as the top IP-intensive industry.”
In any case, this letter is not the only thing that’s going around about India’s IP regime. A few more IP Reports coming out from US are listed below:
1. Special 301 Report: The latest edition put India on the Priority Watchlist. It too focused on Novartis, Nexaver and data protection. We’ve covered it before in some detail here,
2. GIPC IP Index: The “Global Intellectual Property Center”, run by the US Chamber of Commerce, ranked India last in their inaugural index. They also only ranked 11 countries, of which India was (one of?) the only lower middle income countries. Incidentally, this was also the report that Waldron cited in his testimony before the House of Representatives. The GIPC website issued a statement when India’s first Compulsory License was issued (March 2012) saying they were disappointed and that a reliance on compulsory licenses was bad for innovation and didn’t go into any other reasons. A ‘reliance on CLs’ when it was the first ever CL granted that they were talking about? They also issued a statement when the Novartis judgment came out showing their disappointment without giving any reasons other than to state that nearly 40 other countries had given the patent to Novartis. And referring to the Supreme Court as the high court, didn’t do anything to boost my confidence in their unsubstantiated opinions either.
3. The IP Commission Report: The Report of the Commission on the Theft of American Intellectual Property : Signed by some current and former governmental higher-ups, this report gives some bizarre recommendations even within US law – like giving IP owners the power to remotely lock up your computer if you try to access their files, and requiring law enforcement to unlock it. With respect to India, it just vaguely mentions how terrible India’s IP regime is. Some of their referrals include mention of weak criminal enforcement mechanisms for IP violations, some quotes from USTR’s 2013 Special 301 Report, incentivizing provincial and municipal leaders in India to create business environments that protect IP, and a few references to the local working requirement. Techdirt has a bit to say about this report.

4. 2013 National Trade Estimate Report on Foreign Trade Barriers. Issued by the office of US Trade Representative. As per this article, the US government has accused India of lacking “effective protection against unfair commercial use of undisclosed test and other data generated to obtain marketing approval for pharmaceutical and agrochemical products”. It has also stated that India has “weak protection and enforcement of intellectual property rights” and that recent patent-related happenings have only “heightened concerns.”

5. 2013 Joint Strategic Plan on Intellectual Property Enforcement: Prepared by the US IP Enforcement Co-ordinator, this report seemed more well prepared than the first three. Regarding India, it discusses actions taken by the USPTO IP attache in India. While it did voice concerns about IP in India, it seemed a lot more balanced and matter of fact – skipping the alarmist attitude that were present in some of the other reports.

Curiously enough, despite all this, the US-India joint statement issued on the recently concluded US-India Strategic Dialogue makes no mention of patents or pharma or even intellectual property! Meanwhile, Indian Ambassador to US, Nirupama Rao, asserted that the Indian patent regime was not discriminatory against foreign companies and offered to discuss the issue with concerned law makers.

Despite my clear lack of faith in much of these reports and my belief that nearly all of Big Pharma (+ associated lobbyists) efforts are more self serving than anything else, I do believe that India needs to wake up to its healthcare concerns. Given our poverty levels, even if innovation continues to come from the west (despite current drying pipelines), India’s not going to be in a position to ensure access to medicines as Big Pharma is hardly likely to deal with developing country diseases and that too at developing country prices. And despite all their claims, patient assistance programs are hardly sufficient even when present. And in any case, charity is hardly a business model for India to rely on.

At the same time, I don’t see how promoting stronger patent rights are going to address this concern either. Are programs like OSDD extendable? Private Public Partnerships? Patent pools? Prize systems? Health Impact Fund? Workable theories are out there and solutions need to be worked on. And in the mean time, India needs to ensure it maintains its balance in this innovation versus access debate.