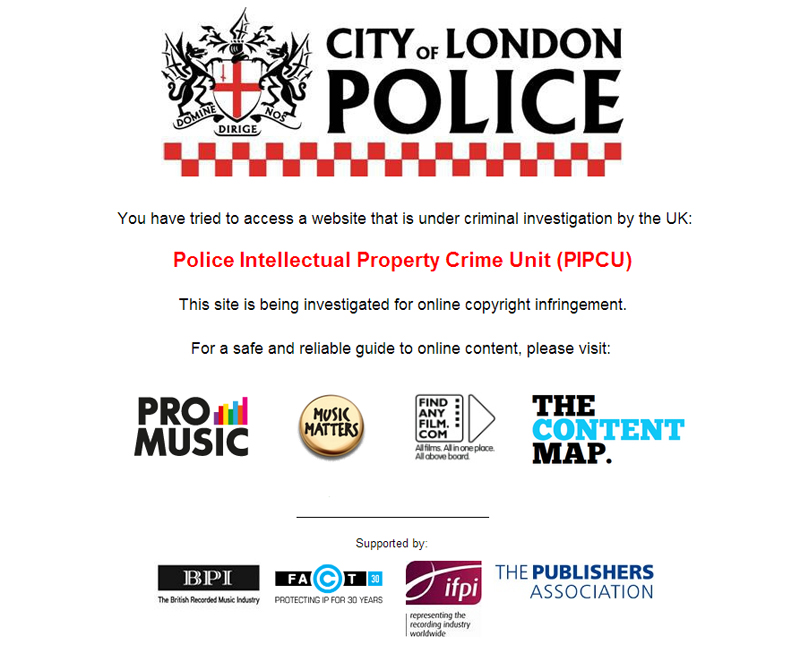 Last week, popular torrent tracking website torrentz[dot]eu was in news after the UK Police Intellectual Property Crime Unit (PIPCU) got the domain name suspended.  Surely, to the disappointment of the right holders, the site was back online the next day.  The site’s Polish registrar restored the domain name’s server (“DNS”) entries after Torrentz’ legal team pointed out that the suspension was unlawful.  This post analyzes the legal issues behind such actions and provides a contextual background for the same.  In conclusion, because domain names providers are accredited by the ICANN, the resolution of disputes is governed by the ICANN rules and procedure which are also applicable to India.

Late fall last year, there was a collaboration between City of London Police and the content owners to stop or at least thwart online piracy.  This collaboration resulted in multiple file-sharing sites shutting down as the domain name registrars simply suspended the domain names.  This process was challenged by EasyDNS, a DNS and domain name provider, by way of mandatory arbitration proceedings against the Public Domain Registry arguing that due process was not followed, and that the action of the UK Police directing the DNS registrar to suspend the registration of the site was in violation of ICANN Registration Accreditation Agreement (“RAA”).

The grounds on which the UK Police had sent the notices to EasyDNS were (entire notice can be seen here):

“The owners of the aforementioned domains are suspected to be involved in the criminal distribution of copyrighted material either directly or indirectly and are liable to prosecution under UK law for the following offences:
Conspiracy to Defraud; Offences under the Fraud Act 2006; Copyright, Design & Patents Act 1988

Should a conviction be brought for the above offences, UK courts may impose sentences of imprisonment and/or fines. PIPCU has criminal and civil powers in UK law to seize money, belongings and any property in connection with these offences.”

(Emphasis added – After reading the grounds, I am wondering whether this is the UK police or take-your-pick local thana)

EasyDNS was requested to:

Suspension of the domain(s) is intended to prevent further crime. Where possible we request that domain suspension(s) are made within 48 hours of receipt of this Alert. In respect of the information provided by us, we respectfully ask you to consider your liability and the wider public interest should those services be allowed to continue.We reserve the right to refer the matter to overseas counterparts/governmental organisations, and/or to ICANN.  (Emphasis added).

To permit a registrar of record to withhold the transfer of a domain based on the suspicion of a law enforcement agency, without the intervention of a judicial body, opens the possibility for abuse by agencies far less reputable than the City of London Police. Presumably, the provision in the Transfer Policy requiring a court order is based on the reasonable assumption that the intervention of a court and judicial decree ensures that the restriction on the transfer of a domain name has some basis of “due process” associated with it.

Conclusion:  The primary reason why the torrent site was back up again so quickly is that there was no proper approval for the take down.  Courts usually are circumspect when confronted with the issue to take down an entire site, when the site may contain both legal / non-legal content.  For torrent sites, one issue that will always be in their favour, is that they are mere conduits for the final content and cannot distinguish between legal and illegal content based on the link.  Judges however have been known to grant take down notices for entire sites, including torrent tracking sites, when it is shown that most of the site contains illegal content.

Accordingly, it is advisable for right holders to obtain proper court approval based on evidence that the “entire or almost the entire site is for hosting (or providing a feed to) unauthorized content” to take down websites.  The burden of this showing is on the right holder who must discharge it for the relief claimed.