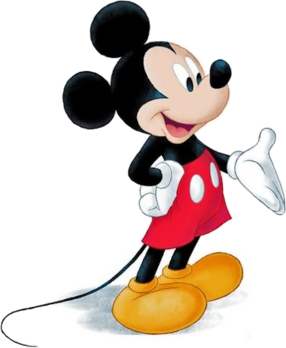 India’s neighbourhood lanes have ample number of ‘fancy stores’ and stationary shops that are brightly lit and filled with goods catering to the demands of school going children. Since children love cartoons, much of their stock is printed with different cartoon characters including Disney’s characters (the famous Mickey Mouse, Mini Mouse, Goofy etc.). Children are usually easy to please and are happy with these products whether ‘fake’ or ‘original’. However, counterfeit Disney products are expanding from stationary, party hats to even bicycles.

Disney Enterprises Inc., the proprietor of trademarks and copyrights related to these cartoon characters has not taken this situation lightly. Through its Indian licensee, it has come down with a heavy hand by obtaining several permanent injunctions and damages for such infringement.

In 2014, Disney Enterprises Inc. & Anr. vs Balraj Muttneja & Ors. (2014, here) another injunction was obtained against the defendant who was manufacturing, selling etc. chocolates etc. whose wrappers and packages had Disney’s characters.

In a more recent case, May 2014 (Disney v. Santosh Kumar), another injunction as well as damages of Rs. 5 lakh was awarded against the defendants. In this case, the defendants were manufacturing and selling exam boards with the Disney characters such as Mickey Mouse, Mini Mouse, Goofy etc. Disney is the registered proprietor of various trademarks related to these characters and also has copyright over them.

A Local Commissioner was appointed to inspect the premises of the defendants where various infringing products were found. Disney contended that these products were of poor quality and packaging. Moreover these products lead to confusion between the original merchandise and the counterfeit merchandise which tarnished the reputation and goodwill of the Plaintiff.

The defendants filed a written statement, however, they did not appear before the court.

Disney prayed for permanent injunction as well as punitive damages so as to deter other infringers from infringing.

The court agreed with the plaintiff and observed that if a party chooses not to participate in court proceedings and does not render accounts, he must suffer the consequences of damages to the tune of Rs. 5 lakhs.

Though counterfeits are usually made to earn a quick buck, the explosion of counterfeit Disney products can be attributed to a variety of other reasons. Clearly, the demand for products bearing Disney characters is tremendous and maybe the IPR owner is not able to single handedly satisfy this demand (in terms of volume and price). Moreover, it may be possible that lack of awareness about Intellectual Property Rights, in general, leads shop keepers/suppliers to transact in these goods without a license.

The table shows the estimated monetary loss caused due to infringing products (in the Disney v. Santosh Kumar case, 2014)