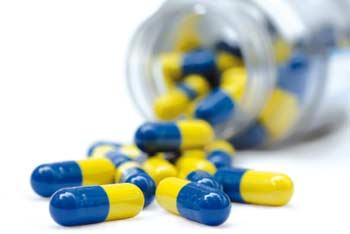 The application was opposed in a pre grant opposition by (Akums Drugs & Pharmaceuticals) on the grounds of lack of inventive step as required under Section 2(1)(j), 2(1)(ja) and 2(1)(l) and also on the grounds of section 3(d) and 3(e) of the Patent Act. The opposition, however, was not successful.

The invention is a single unit combination of two incompatible antibiotics (Ceftriaxone and Vancomycin) which are combined together with stabilizing agents, such as L-arginine, EDTA and Na2Co3. This composition can be administered as a dry power or as an injection where the powder is reconstituted without any precipitation or degradation of any of the antibiotics. The claimed invention therefore allows the two incompatible antibiotics to be administered together in a single injection and provides surprising synergistic effects: 1) this therapy efficaciously fights microbial resistance problems such as multi-drug resistant varieties including MRSA, VRSA and Staphylococcal species, 2)  reduces the risk of developing infective conditions particularly caused by multi drug resistant bacteria such as MRSA and 3) results in lowering of the dosage of one or both of the individual drugs thus decreasing risks associated with higher doses.

Previously, the two antibiotics were administered alone or one after the other (owing to their incompatibility). This sequential administration of the two drugs Ceftriaxone and Vancomycin on separate arms was practiced in the art because both the antibiotics formed precipitates that degraded each other when combined. Therefore, they could not be used in a single unit does.

Not a mere admixture

The claimed invention was held not to be a mere aggregation of property/features. Normally, the two substances i.e. Ceftriaxone and Vancomycin when combined form precipitates or degrade each other. However, in the present invention, due to the existence of a chemical stabilizing and solubizing agent, Ceftriaxone and Vancomycin are made compatible.

The opponent contended that various studies show the concomitant use of vancomycin and ceftriaxone. Two such documents cited by the opponent were the applicant’s previous patent applications bearing number 2411/DEL/2004 and 2510/DEU2004. The first application discloses the use of EDTA for stabilizing the injectable solution of ceftriaxone and sulbactam. The second application discloses the use of  L-arginine  as a solubizing agent. The opponents also reproduce a paragraph from an article “Product development issues of Powders for injection” by Arvind K. Bansal published in Pharmaceutical Technology, March 2002, which shows that L- Arginine and sodium bicarbonate are used as excipients for powder for injections.

However, both these documents failed to form ‘prior art’ because they were published on 3/3/2006 and 20/12/2005 after the filing of the present patent application in 14/2/2005. Moreover, this prior art failed to contemplate the problem of incompatibility between Ceftriaxone and Vancomycin.

It controller also observed that conventional knowledge actually taught against such a combination since Roche (the company marketing ceftriaxone) prescribes a warning that Ceftriaxone is incompatible with Vancomycin and cannot be present in an admixture with vancomycin.

The contention on Section 3(d) was dismissed on the ground that nothing in the prior art qualified as a “known substance” and hence Section 3(d) was not attracted. The controller referred to the Novartis decision (para 104)  to hold that “I agreed with arguments of the applicant that Section 3(d) should not be taken as extension to novelty and inventive step analysis, rather Section 3(d) be taken only as subject matter eligibility test to which the presently claimed invention does not get barred by this section given the nature of the claimed invention as discussed herein before”. However, it is pertinent to note that Supreme Court in Novartis did not definitely lay down whether or not section 3(d) was a ‘patentability test’ or a ‘patent eligibility test’ as evidenced by para 190 of the judgement “Thus, in whichever way section 3(d) may be viewed, whether as setting up the standards of “patentability” or as an extension of the definition of “invention”, it must be held that on the basis of the materials brought before this Court, the subject product, that is, the beta crystalline form of Imatinib Mesylate, fails the test of section 3(d), too, of the Act.”

All of the above showed that the invention was both a technical advance as well as economically significant and therefore qualified the inventiveness criteria. The controller held that “My view is supported by the case before EPO, Board of Appeal, T 2564/86 SUMITOMO/Yellowdyes O.J.EPO 1989,115,(1989) E.P.O.R. 257 “An invention which relates on substantial and surprising improvement of a particular property need not also show advantages over the prior art with regard to other properties relevant to its, use, provided, the latter are maintained at a reasonable level so that the improvement is not completely offset by disadvantage in other respect…..”

Thank you to Swaraj for comments on this!