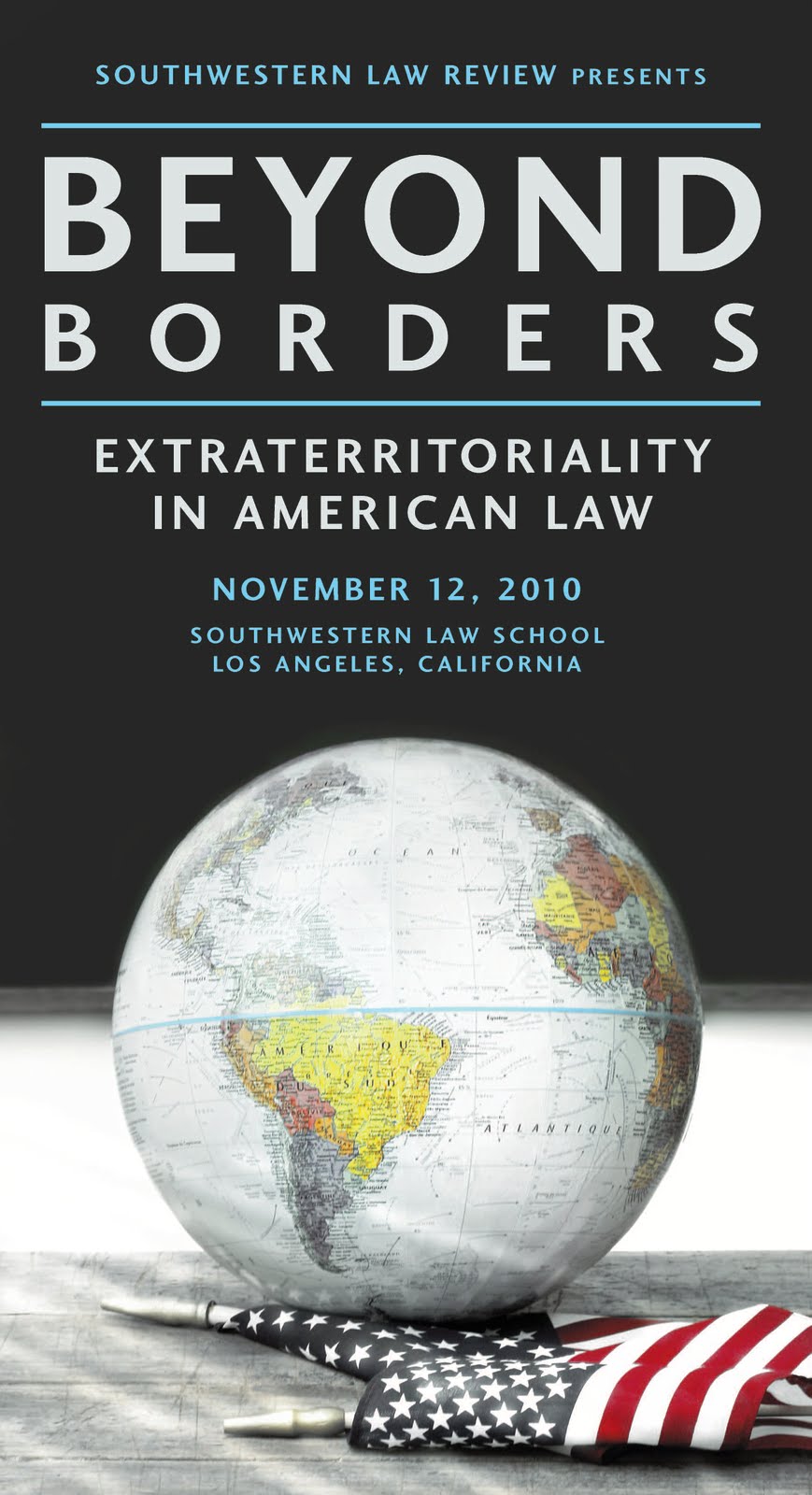 One of the first things that law students are taught is that among the various rights granted by a sovereign, patents too are territorial in nature.  Simply put, patents granted by India are valid in India, and not valid in United States (US) or Pakistan, etc. and vice versa.

Existing scholarship including case law in the US, focuses on the outbound impact of intellectual property rights (IPR), with patent laws being the focus of attention.  See, for example, US 35 USC § 271, and the related case law.  These studies have focused on  expansion and reach of high technology in foreign shores, and consequent violation of US IPR laws where the solution is to apply national IP laws on a case-by-case basis to conduct occurring abroad.

However, the focus in this article is to see whether patents that exist only in the United States, or in a few other countries but not in India, can have an extraterritorial reach, i.e. patents in one country / jurisdiction, can have a reach across national boundaries.  I show in this post that such a situation does exist, and Indian courts, perhaps are unwittingly giving explicit recognition to the foreign patents that are not registered in India.

In India, this situation can be seen in the relationship between Airtel, Reliance, etc. where both use services (operations, maintenance, billing) from Ericsson AB to give services to their customers. These services also include technical services that include standard essential patents (SEPs).

In the past it was comparatively easy as the players who owned SEPs had manufactured and sold mobile handsets.  So it was easy for Nokia, Ericsson, Alcatel Lucent, Motorola, Qualcomm, ZTE,  Huawei,  Nortel, etc. to conduct business.  The situation changed when entities gave up the mobile sales business altogether but went into a pure patent licensing model.  The licensing rates for the portfolios continued to be at the same rates at which these few entities had cross-licenses. So whatever was the arrangement that was settled between Party A and Party B who had patents and had mobile businesses, the similar arrangement rate was demanded from parties who did not have patents.

The initial contour of the problem starts to emerge – where parties who do not have patents get access to technology for the payment of a royalty fee, where the putative licensee had no say in determining royalty.

What is the Patent Portfolio

The patent portfolio is a strange phenomenon.  It continues to evolve based on addition of new patents, and expiration of old ones.  However, the royalty once fixed has historically remained static with provisions for re-negotiation once the end of licensing period is approaching. This issue was workable earlier as both parties had SEPs and could appropriately count and value them.  With the pure patent licensing (SEP) model, the situation is somewhat different as one party holds all the cards, and with it the entire negotiating power is skewed in the SEP licensor’s favour.  Till recently there was no court or competition law authority that made it mandatory for the licensor to disclose the entire patent portfolio listing.  However, the situation is now different where the Chinese Antitrust authority (NDRC) in the Qualcomm decision held that Qualcomm must disclose and provide a complete list of all patents in the portfolio.  The decision is although applicable in China, I see no reason why the logic can’t be used elsewhere.

When coming to the portfolio itself, the license is for patent families that pertain to the standard.  For example, see the patents families annexed to this Global patent license agreement (GPLA) between Ericsson and Wavecom.  There are other GPLAs as well: between InterDigital and LG (here); Intel and and NVIDIA (here); InterDigital and LG (here)  and Intel and AMD (here).

The Ericsson vs. Wavecom agreement is unique because it contains an exemplary list of Ericsson’s licensed patents. As it states, it is not a complete list but only an example list.  On further scrutiny, I note that most families do not list an Indian member or in some cases, even China is missed out.  It is these patent families, that do not have a member in one country, but are part of the portfolio that pose the question of extraterritorial reach of SEPs.

For almost all cases that I have seen at the patent office website, I note that not all patents that are filed / granted in the US, or Europe, not all of them are filed in India.  In fact, for some companies, the ratio is as low as 10% of the ones filed in the US/Europe.  The issue that emerges is that the portfolio licensing rate does not change in the same proportion.  What I am saying here is that if the portfolio size is say 50 % in India as compared to US, then why is it that the portfolio rate does not change from 4 % to 2%.  This is a clear example of extra-territorial reach.  Even if the patent is not filed in India, the licensor demands royalty for entire portfolio on the simple reason that “all SEPs are implemented in the device conforming to the standard” whether or not the SEPs are actually essential or not.

This is only part of the problem as the next question is that all patents (even in the same family) are not of the same scope.  In the diagram below, Country A issues a patent which is standard essential, and it is designated  as Essential A.  Similarly, Country B issues a patent from the same family as that of Essential A, and it is standard essential, and the patent is designated  as Essential B. The scope of both is different because of the variation in the patent laws of countries A and B.  For example, some unique aspects are found in Indian patent law (section 3(d), 3(k), (3(m), etc.) that are not found in US patent law, and vice versa.

When the scope of both patents from the same family is different, how is it that they are able to command the same premium  when it comes to licensing, i.e. are treated the same when it comes to the portfolio value.  It could also happen that the Country A patent is standard essential but the Country B one is not.  It is these concerns that wash out the so called efficiencies in portfolio licensing.  These efficiencies include allowing firms operating within a patent thicket to use each other’s patented technology without the risk of litigation, including the risk of facing an injunction that shuts down production. Elimination of risk, or “patent peace,” in this situation cannot give firms the design freedom

This situation in the telecommunications industry also does not encourage long-term investments in both manufacturing capacity and R&D because the parties to the portfolio cross license fear “unforeseen, and unforeseeable, infringement actions.”  These also do not reduce transaction costs to licensees as the licensee has got no technical prowess but only that of marketing – the licensee cannot start to value or determine whether a patent is standard essential or not.  For more details on these efficiencies, see this article from the DOJ.

In my personal opinion, the cases where Ericsson has filed lawsuits at the Delhi High Court against Micromax, Intex, Gionee, Xiaomi, Lava, etc. all have at least some element of extraterritorial overreach. It would be better for the general public as well as companies like Micromax, Intex, Lava, Xiaomi, etc. if the High Court considers these issues as well as these are not just competition law concerns, but issues that have to be addressed by the High Court.