On 28th July 2016, Mr. Akashaditya Lama filed an infringement claim in the Bombay High Court and asked for an injunction preventing the release of Ashutosh Gowariker’s 150 crore movie starring surprisingly acrobatic crocodiles and a couple of fairly well-known actors, such as Hrithik Roshan.
It is scheduled to release on 12th of August, 2016. 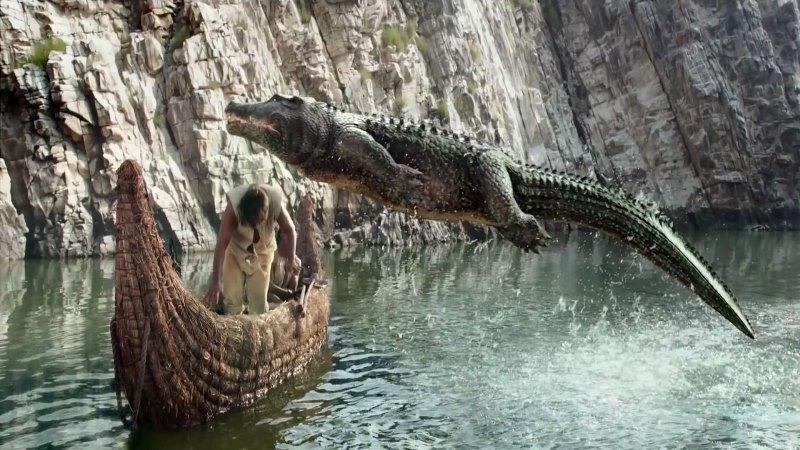 Somewhere around the eleventh time, I realized that watching the trailer no longer constituted “working on the blog” and ended up finally getting down to analyzing the judgment and so, here we are.

I am not exceptionally good at writing thrillers. So, I am going to go ahead and reveal that Lama’s claim was thrown out of the court, along with an imposition of punitive damages to the tune of 11/2  lakhs, payable to Nana Pathekar’s Naam foundation (in accordance with Gowariker’s request).

Coming back, Lama lost it largely due to two reasons:

Inability to provide sufficient evidence to satisfy the standard for infringement

Obviously, substantial similarity between the work is another important condition, but (a) and (b) are conditions that need to be satisfied prior to comparing the infringing and infringed works. Unfortunately, Indian courts have been entering the substantial similarity test, where it is not required to. When the allegedly infringing party hasn’t had a chance to access the allegedly infringed work, how can copying take place? Prof. Basheer has discussed this issue over here.

The case was decided on the inability of Lama to prove (a) and (b). Though he was required to prove both, he could sufficiently prove neither. Finally, J. Patel states that even if (a) and (b) were deemed to be proven, the allegedly infringed document was not copyrightable in the first place. Please note that J. Patel could have used any of these grounds alone to dismiss the suit, but he chose to deal with all.

For establishing (b), Lama’s only respite was one Mr. Saluja’s affidavit:
A very reasonable query at this point would be “Who is Mr. Saluja?”.
Saluja is an incredibly important part of Lama’s narrative.
Lama argues that in 2002, Saluja (who worked for Gowariker) heard his story and was impressed. Lama continues to further claim that he had given Saluja a handwritten document (supposedly created in 1995), who in turn passed it on to boss man, Gowariker. And allegedly, Gowariker read the document and returned it after four days, stating that he did not wish to work on another period film, immediately after “Lagaan”.

While Saluja’s affidavit is consistent with the above narrative, it has arisen out of suspicious circumstances. He submitted an affidavit on 30th March, only to issue a fresh one on 27th July. Suspiciously, the earlier affidavit was not brought to the notice of the court by Lama and furthermore, Saluja makes statements that require almost extraordinary feats of memory.

But there is one vital inconsistency in Saluja’s affidavit:
His affidavit stated that he had passed on to Gowariker, a “handwritten script of play ‘Mohenjo Daro’” by Lama.
I shall explain how this is a major problem at a later point.

Just to make sure that I haven’t lost you, let me spend this paragraph explaining where we are. Lama couldn’t prima facie prove that Gowariker had access to his 1995 work. J. Patel could have dismissed the suit on this count alone, but I suppose he went on to other concerns because it wasn’t absolutely definite that Gowariker did not have access. Now, he needed to look into whether the allegedly infringed document existed in the first place.

Now that we are done with the disclosure/access angle, let us now have a look at the proof that Lama provides for establishing the existence of a 1995 document (a) , that was allegedly passed on to Gowariker.

In order to do so, Lama uses three documents.

Given that Ex. A is a photocopy and has no public presence, Lama tried to show proof of existence of such a document, by making use of Exhibit. B, Ex. C and records of email correspondence.

His essential argument was that since he had proof of the 2007 and 2010 works, and they were nothing but modifications upon Ex. A (the 1995 document), it is reasonable to conclude that there existed a preliminary work i.e. Ex. A.

For Justice Patel, to buy this argument, there had to exist similarities between Ex. A and the rest. Unfortunately for Lama, J. Patel did not see any similarity other than the setting.
Hence, Lama’s argument was felled.

But Lama was not done yet.
If his claim was to stand, he had to prove the existence of the 1995 document.
So, he showed a few emails between him and TV producers in 2012.

Here, I have created a fictional account of the exchange in court, to help put my analysis forward.
Also, here, you will learn why Saluja’s reference to “script of (a) play” was detrimental to Lama.

How do we know that Mr. Gowariker knew of your 1995 work?

(Excitedly) My lord, if you look at Saluja’s affidavit. He states that he had passed on my client’s work to Mr. Gowariker.

Let us examine the affidavit, shall we?
Well, Saluja does state that he passed on a document.
But he refers to the document as a “script of (a) play”.
Where did that come from? You haven’t furnished anything that resembles a script of a play. At best, Ex. A is a concept note. It contains none of the intricacies of stage play i.e. lighting, props, et cetera.

Err, my lord.
When Mr. Saluja refers to “Script of (a) play” he is referring to the handwritten story, my client wrote in 1995.
They are pretty much the same thing my lord.

Oh, really?!
Is that so, counsel?
Then why in an email sent to TV producers in 2012 everybody talks about a “concept”. One of the TV producers even suggests that Mr. Lama write the entire script. If it existed already, why would he ask your client to write one again?

Err, my lord.
My lord, but “Script of play”, “concept” are pretty much the same thing.

Oh really?!
Is that so, counsel?
Then why is it that in the proceedings in the city civil court, concerning the same matter, you refer to protecting the “Script of a film”?

Err, my lord.
When the TV producer refers to …

A major issue that J. Patel had was with the inconsistency in reference to the allegedly infringed document. Lama had referred to it as a “concept”, “story”, “script of a play” (none furnished) and finally, “script of a film”. It is, essentially, on this ground that J. Patel discredited Lama’s story.

Moving on, J. Patel further stated that even if the court was to accept the existence of Ex. A in 1995, it was nothing more than a concept note and therefore, was not copyrightable. This, of course, stems from the idea/expression divide central to the copyright regime.

The judgment started off with citing a slew of cases that established an already well known principle: Those coming to court with dirty hands will not be entertained. Before moving onto his analysis, Justice Patel forewarned the plaintiff that “there will always be consequences” and that a court, upon learning that it is being mislead by the plaintiff, can dismiss the suit.

When a judge starts off on such a note, it becomes quite evident that it is not going to go too well for the plaintiff. To make matters worse for Lama, J. Patel wasn’t too pleased with him for fuelling a media trial. But as we shall see, the most caustic of J. Patel’s words were reserved for the end.

Anyway, here are a series of events that cast rather suspicious light upon the activities of Mr. Lama:
Lama filed a suit in the City Civil Court on Novemeber 30, 2015.
Filed a police complaint on 20th January, 2016.
Lama withdraws suit from City Civil Court on 17th March, 2016.
Gowariker’s movie trailer comes out.
Lama files suit in Bombay High Court on June 28th, 2016.

Apart from the suspicious timing of the Bombay High Court suit, it is very important to note that the 1995 document (Ex. A) was not furnished in the City Civil Court proceedings, but was only brought to the court in the current suit. This act is incredibly suspicion worthy as Ex. A (Resembles trailer), made an actual appearance only after the trailer was released.

Additionally, many a fact was not brought to the notice of the Bombay High Court.
For instance, Lama said nothing of the City Civil Court suit.
As noted earlier, courts can dismiss suits on the sole ground that the plaintiff supressed relevant facts. But J. Patel chose to be nice and deal with all of Lama’s contentions.

Lastly, there are quite a few facts which seem to weaken the claim for infringement.
For instance, Gowariker has shown that he had taken extensive pains to research for the movie (referred to books, hired experts, et cetera). All this shows that Gowariker did not have a ready-made script at hand.

Apart from what I have already discussed there are even more inconsistencies in Lama’s claims. For instance, he claims first knowledge of Gowariker’s film in 2010. This is very strange considering that Lama works in the same field (Film industry) and Gowariker made media announcements of his project in 2007 itself.

J. Patel pretty much concluded that Lama had reverse engineered Ex. A from the trailer.
He goes as far as to state that Lama’s actions were akin to “blackmail” through the judicial apparatus. In his conclusion, J. Patel puts his thesaurus to good use by stating that this case was one of “suppression, speculation, contradiction, prevarication and evasion”.