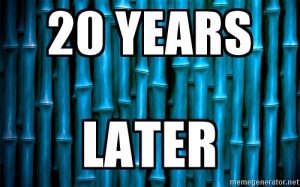 We are pleased to bring to you a guest post by Vijaykumar Shivpuje. Vijay is a Patent Agent and an IP consultant. He brings with him more than 12 years of experience in IPR with multi-national pharma organizations and is also the owner of “VPATAPP”, a mobile app designed for patent professionals. He can be reached at [email protected]

A Patent Application Published 20 years After Its Filing in India

Indian Patent Office published around a  total of 41,000 (yeah, you read it correctly) patent applications in the following three journal issues in 2016:

One such interesting case is highlighted below along with its analysis:

A snapshot of the same can be viewed here.

Now let’s look at the statutory requirement in respect of publication of patent applications in India:

“Section 11A. Publication of applications:

(1) Save as otherwise provided, no application for patent shall ordinarily be open to the public for such period as may be prescribed.

(3) Every application for a patent shall, on the expiry of the period specified under sub-section (1), be published, except in cases where the application –

(a) in which secrecy direction is- imposed under section 35; or

(b) has been abandoned under sub-section (1) of section 9; or

The period for which an application for patent shall not ordinarily be open to public under sub-section (1) of section 11A shall be eighteen months from the date of filing of application or the date of priority of the application, whichever is earlier.

24A. Request for publication:

A request for publication under subsection (2) of section 11A shall be made in Form 9.”

So, in a nutshell, as per the Patents Act and Rules, every patent application is required to be published after expiry of 18 months from the date of filing or priority of the application (whichever is earlier). However, as stated above, there are various applications that were filed between 1996 and 2016 but were published only in the aforementioned three journal issues in 2016.

Warning to all the patent searchers: Look out for these three journal issues for the Indian patent applications which were published only now but filed long back. What would be the course of action if you have actually cleared an invention for which your searches did not reveal any existing equivalents? I could actually trace a few applications which were really critical for the FTO (freedom to operate) analysis for some of the products cleared earlier.

I would like to know expert comments on the significance of this publication or similar examples elsewhere in the world.

Disclaimer: The opinions and comments in this post are personal.