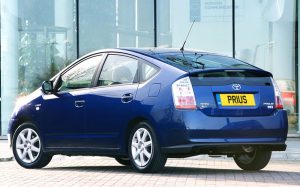 The Delhi High Court, in its judgment in Prius Auto Industries Ltd & Ors. v. Toyota Jidosha Kabushiki, inter alia considered the aspect of trans-border reputation in fairly well-detailed terms.  Both the parties were represented by leading IP practitioners. The judgment is significant for practitioners in understanding the strategy adopted, the kind of evidence submitted before the Court and finally, Court’s approach towards the same.

[Note: This post shall deal only with the aspect of trans-border reputation.]

Toyota used the word “Prius” for the first time in the year 1990 and obtained registration of the word mark “Prius” and “Toyoto Prius” in different jurisdictions. The first hybrid automobile in the world by the name “Prius” was sold in Japan in December, 1997.

As far as India is concerned, Toyota’s application No.1891316, filed in 2009, seeking registration of the trade mark “Prius” for automobiles in Class 12, is currently pending consideration before the Registrar of Trade marks. Contending passing off of the trade mark “Prius” by the Appellants, Toyota pleaded that in October 2009, it learnt that Defendant No.3 (one among the Appellants in this judgment) had obtained registration of the trade mark “Prius” for goods in Class 12 i.e. auto parts and accessories. Injunction was prayed for so as to restrain the Appellants from manufacturing or selling auto parts using identical or deceptively similar trademarks of Toyota such as “Prius”. As per the Single Bench, in case of “Prius”, “so wide ranging was the information made available globally through the print media that it must be held that trans-border reputation in India had permeated.” The instant Division Bench judgment inter alia considered the legality of aforesaid earlier decree which granted permanent injunction against the Appellants concerning certain marks including “Prius”, which is the subject-matter of this post.

a) What is the relevant timeline for determining trans-border reputation?

b) Did the mark “Prius” enjoy trans-border reputation as of 2001?

Trademark protects the goodwill of a firm. Trademark law prevents one firm from trading on another firm’s reputation.  The Court observed that “Concerning trans-border reputation, the judgments were to the effect that if the product is not sold in India but information relatable thereto is available in the print media and especially magazines purchased by consumers having an interest in the particular category of goods, it would be good evidence of trans-border reputation having entered in the municipal jurisdiction of India. Post-internet era the law of trans-border reputation expanded because the internet virtually broke down the domestic walls in areas of trade and business. On the internet, through search engines one can access information put on the website, be it by the manufacturer of the goods or in e-journals and e-magazines.”

The Appellants started using the trademark “Prius” in April, 2001. Trans-border reputation having been acquired by Toyota in the trade mark “Prius” had to be determined as of April 2001 and evidence post-April 2001 had to be ignored. The Division Bench, thereby, overruled the Single Judge Bench as far as this aspect is concerned. Acquiring trans-border reputation is essentially a question of fact and therefore, it requires the evidence to be considered.

2. Yardstick in evaluating the standard

Considering the evidence adduced in the form of publications and articles, the Court concluded that the launch of Prius in the year 1997 was widely reported around the world. However, it did not gain the attention of larger public as claimed by the Defendants. The Court, therefore, made the following observations: “the weight of the evidence led by Toyota would be that it has simply established that when it launched the hybrid car Prius in the market in Japan in 1997, the event was reported as a news item in different countries including India but not with such prominence that the public at large became aware of the same. The law on trans-border reputation requires two facts to be established. The first is reputation in foreign jurisdictions of the trade mark. The second is knowledge of the trade mark due to its reputation abroad in a domestic jurisdiction. The reason being a trade mark is territorial in its operation. If its reputation spills over beyond the territories of its operation, the benefit thereof can be claimed in an action of passing off. The corollary of the finding that newspaper reporting of the event of Prius car launched in Japan in the year 1997, and further sales in the year 1998 and 1999 being not with much prominence would be that the knowledge would be limited to the class of persons associated with the trade in automobiles. The trade mark has to build a reputation in the form of public confidence in the goods and therefore, the association of the mark with the source of the goods. Toyota has led no evidence of money spent in advertisements in India of the Prius car before it was sold for the first time in India in the year 2010. By the year 2000, only 52200 motor vehicles under the trade mark Prius had been sold globally and we have evidence of re-call of the cars in the years 2009 and 2010 in the form of admission made by PW-1. He did not deny the suggestion that even in the year 2006 Toyota had to re-call Prius cars. He neither admitted the suggestion. He said he does not remember. Albeit post-2001, said evidence would be proof that Prius cars were having problems and one can infer public confidence in the car not rooted firmly. If not shaky, the confidence would be of a wavering kind. Notwithstanding of little weightage, said evidence has to be put in the scale of evidence while deciding on the issue of reputation. No sales being made in India. There being no advertisements published by Toyota for its car Prius in India and coupled with the fact that not all cars marketed under different trade marks by Toyota acquire a global reputation and much less in India, internet penetration as of the year 2001, being low in India, the weight of the evidence leans in favour of the view that by April 2001 Toyota had not established a global reputation in its trade mark Prius which had entered India.”

3. Requirement of evidence of actual confusion

The following observations of the Court is highly significant: “ 32. There is another limb to this issue. Issues of trans-border reputation or likelihood of confusion decided in various cases cited before us and even in cases not cited arose before the Court either in quia timet actions or when the defendants had just entered the market. At that point of time, the issue could obviously be decided on the test of likelihood of confusion and we find that most of the judgments are dealing with the issue at the stage of injunction where documents filed by the parties had yet to translate into evidence and witnesses were yet to be examined. In such situation, the only way in which the issue of an injunction pending adjudication in the suit can be decided is on the touchstone of likelihood of confusion. But in a case of the kind at hand where the appellants had been selling the goods under the offending trade mark for nearly ten years when the suit for injunction was filed, there must be evidence of actual confusion. Toyota is a big company. It has had a presence in India for over two decades when the suit was filed. It was well entrenched in the Indian market in the year 2001. Obviously no consumer of Toyota car or buyer of an auto part sold by Toyota was ever confused by the Appellants selling their products under the trade mark Prius, for if this was so, in ten years somebody would have complained to Toyota or at least would have made known said fact to Toyota. May be of little weightage, Ex.DW-1/12 is a publication published in the year 2004 titled ‘Auto Car’ in which advertisements of Toyota and that of the appellants have been published and surely the publicity department of Toyota which had gotten the publication of the advertisements done would have received a copy of the publication and would have known that under the trade mark Prius the appellants are selling auto parts. The evidentiary worth would be that probably the employees of Toyota in India were themselves not aware of Toyota selling a hybrid car by the name Prius.

The Court found the justification given by the Appellants to be credible. A mental condition of a person is a fact defined under the Indian Evidence Act, 1872. Knowledge claimed by a person or attributed to a person would be a matter of fact. In essence, the Court found the justification to be logical and held that “The claim by defendant No.1 when he appeared as DW-1 that he and defendant No.2 acquired knowledge of the word “prius” by consulting the dictionary is probable and possible for the reason we have irrefutable evidence that if not earlier, at least by the year 1989 the word prius had entered the dictionary. We take judicial notice of the fact that that before a non-English word enters the English dictionary it comes into popular use by English speaking people. Therefore, the word “prius” must have come into use by English speaking people much prior to the year 1989. In para 15 of the written statement, the appellants pleaded how they discovered the word “prius”, and we quote : ‘It is pertinent to mention that the defendants were first in India to manufacture Add on Chrome Plated Accessories, therefore they first conceptualized this attempt as Prayas, however, keeping in line with they being the pioneer in the field of manufacture of Add on Chrome Plated Accessories, the defendants were looking for a word which could properly and exactly describe their first attempt or Pehla Prayas. The defendants after doing research found one word in the dictionary “PRIUS” meaning to come first which was not only attractive but also exactly and properly described the pioneer efforts of the defendants in the field of Add on Chrome Plated Accessories……. If a word is publici juris and a person gives good justification as to how he appropriated a word as a trade mark, relating to the state of mind of the person, unless the testimony of the person is discredited, a Court would have no option but to accept the statement made on oath because the fact is of a kind which a person can prove by stating the truthfulness thereof on oath. And if, as in the instant case, there is proof that the word was publici juris, it lends assurance to the claim.”

The registration, which was obtained in 2001, still subsists. Rectification proceedings are still pending. For the reasons mentioned above, Toyota failed to establish trans-border reputation of its trade mark “Prius” in India when Appellants adopted the same. The Court allowed the appeal and set aside the injunction issued by the Single Bench with respect to the trademark “Prius”.