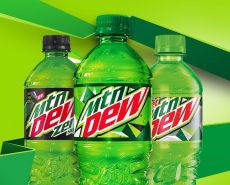 PepsiCo has suffered a blow in its 16 year long legal battle to secure trademark rights for its famous soda, ‘MOUNTAIN DEW’. The Additional Chief Judge of the City Civil Court of Hyderabad has recently ruled that the Hyderabad-based Magfast Beverages enjoys prior user rights over an identical trademark for their packaged drinking water (‘PDW’) business. In this post, I discuss this order and certain other issues in the dispute that may require more attention.

The plaintiff Syed Ghaziuddin claimed that he decided to set up a PDW plant in 1997-98 and chose the name ‘Mountain Dew’ because he felt that it indicated something pure, emanating from natural sources. Commenced in 2000, the business gained popularity and received various certifications for meeting high standards of quality. In 2003, his firm Magfast Beverages (‘Magfast’) received a legal notice from PepsiCo’s representatives who had approached the Delhi High Court accusing Magfast of trademark infringement. Magfast then sued PepsiCo for passing off, arguing that the latter had no rights on the trademark as it did not use it in India before 2003. Pointing out that PepsiCo does not sell its PDW branded drink as ‘Mountain Dew’ but as ‘AQUAFINA’, Magfast argued that the MNC cannot prevent it from selling its PDW under that trademark. It accused PepsiCo of passing off its goods as that of Magfast’s. In addition, it leveled charges against PepsiCo of colluding with Times of India and Vartha, a Telugu newspaper, to publish defamatory articles about Magfast which caused loss of reputation and mental agony, seeking damages worth 25 lakh!

PepsiCo categorically denied carrying out any acts to defame Magfast. It claimed that it has been selling citrus soda named Mountain Dew since 1940 and has immense popularity all over the world. It also owns registered trademarks of the name in 100 countries including ones in India dating back to 1985. Thus, it accused Magfast of engaging in infringing acts.

(Note: In 2005, IPAB had dismissed a petition by Syed Ghaziuddin which sought to remove PepsiCo’s trademarks from the register on grounds of non-use.)

To decide whether Magfast enjoyed trademark rights over MOUNTAIN DEW, the court relied on four documents: the advertisement of the PDW plant’s inauguration from November 2000 published in ‘Siasat’, an Urdu language daily; a certificate by the Central Bank of India’s branch manager stating that Magfast has been enjoying credit facilities from July 2000; a tax document evidencing a 3.75 lakh turnover; and a Small Scale Industry registration certificate. It found Magfast to be the prior user of the mark since the year 2000. Referring to the Supreme Court’s decision in Syed Monideen v. Sulochana Bai which recognised the common law principle of priority in adoption prevailing over registration, the court ruled in favour of Magfast.

With regard to the violation of these trademark rights, the court pointed out that in the parallel infringement suit brought by PepsiCo against Magfast (OS No. 95/2004), the latter had maintained that since PDW and citrus soda are two different products, the likelihood of consumer confusion does not arise. Although the two products do fall under Class 32, the court went on to hold that Magfast could not ‘blow hot and cold’ by now asserting confusion is likely because the two products were of the same class. On the issue of publishing defamatory articles, the court found that the news articles in question merely reported the proceedings of the Delhi High Court and couldn’t be deemed defamatory. Having rejected the arguments regarding trademark rights violation and defamation, the suit was dismissed without any relief or costs.

PepsiCo has indicated that it will be challenging this decision in the High Court. Notably, there are certain issues in the dispute that do warrant greater consideration.

While the court based its ruling on prior user rights, it did not make any reference to Section 34 of the Trade Marks Act 1999, which embodies this rule. This section limits the exclusive rights available to the registered owner of a trademark under Section 28. It provides that the registered user of a trade mark (here, PepsiCo) cannot prevent any other user (here, Magfast) from the using an identical or similar mark, where the said other user has been continuously using the mark prior to – a) the use of the first-mentioned trade mark (2003); or b) the date of registration of the first-mentioned trade mark (1985), whichever is earlier. In Syed Monideen, the appellant who claimed rights by registration had started using the mark in 2007 and had obtained registration in 2008. However, the respondent was found to be the ‘prior user’ under Section 34 as its continuous use predated the earlier of the two events, i.e., use by appellant. It follows that for Magfast to claim this benefit, its continuous use would have to be dated prior to PepsiCo’s registration in 1985 and not its first-use – which is not the case here. How then, could this rule be applied despite the obvious discrepancy?

PepsiCo had suggested that Magfast’s explanation behind adopting the trademark is unacceptable (para 15). In MAC Personal Care v. Laverana GmbH and Co., (discussed here, here and here) the Delhi High Court had restrained the Indian defendant from making dishonest use of an international mark, as it couldn’t provide a satisfactory explanation of its adoption of an identical mark. This question was looked into in the Supreme Court’s NR Dongre v. Whirlpool decision as well. 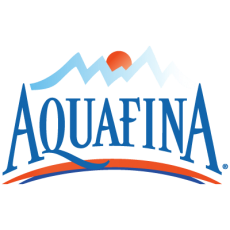 PepsiCo had pleaded (para 17) that Magfast’s PDW design and colour scheme is identical to that of PepsiCo’s Aquafina mark. A closer look at their brand labels shows us that both contain images of mountains among other elements. While there may be slight similarity in them, whether that is enough to raise infringement liability is subjective. Regardless, it is worth noting that when Magfast commenced its business in 2000, PepsiCo’s Mountain Dew had been in the global markets for 60 years and had trademarks registered in several countries including India. Its PDW brand Aquafina had been launched in 1994.That Magfast conducted thorough research (para 2), only to come up with a name which happens to be identical to the 60 year-old citrus soda brand of a renown MNC actively offering other products in India (PepsiCo had reentered Indian market in 1988) appears to be a rather convenient coincidence. It is therefore surprising that the court did not inquire into whether Magfast’s adoption of ‘Mountain Dew’ had been honest in the first place.

According to paragraph 21 of the order, PepsiCo insisted that its Mountain Dew was ‘well known throughout the world’. This is an interesting line of argument. While the court has not evaluated the possibility of PepsiCo’s mark enjoying a trans-border reputation, this may come up at a later stage.

The doctrine of trans-border reputation has been evolved by courts to reconcile the territorial nature of trademark law with the blurring distinction between markets in the digitalized, post-liberalization era. Recognised in Whirlpool, the doctrine holds that when the reputation of a trademark used across countries has transcended geographical barriers to spill over into Indian market and is recognised by consumers despite there being no actual business here, such trademark is entitled to protection from those who may free-ride upon its reputation. In Laverana, it was held that registration of a trademark in multiple foreign jurisdictions, its advertisement in international media, and high profits were good indicators of such reputation. In Milmet v. Allergan, the Supreme Court had held that if a foreign trademark-owner with such reputation can prove its intention to conduct business in India,the mere fact that it has not been using the mark in India would be irrelevant so long as they introduced the mark prior to the defendant in the world market.

More recently, in Toyota v. Prius, limitations were imposed on the pervasive overreach of this doctrine by requiring proof of local goodwill of the international trademark. The court inquired whether Toyota’s ‘Prius’ enjoyed a local reputation among a significant number of consumers in India by 2001, as that was the year when the Indian company adopted the mark. It held that the limited online exposure at the time meant that this local reputation could not have been established in the short period between the global launch of Toyota Prius in 1997 and the defendant’s product launch in 2001. There is, however, a much wider 60-year gap between the global launch of PepsiCo’s Mountain Dew and Magfast’s PDW that allows for consumers to be exposed to the former’s product through other media. Thus, it is quite possible that PepsiCo may seek refuge in this doctrine.

Moreover, the identical marks are being used over the same Class 32 of goods. Although the court has not addressed this issue in detail, a difference in products has not always been enough to alleviate concerns of likelihood of consumer confusion. In Aktiebolaget Volvo Sweden v. Volvo Steels Ltd., once the existence of trans-border reputation was ascertained,  the Indian steel trader had been restrained from using the VOLVO trademark despite the identical international mark in question belonging to an automobile manufacturer.

For now, Magfast has emerged victorious, but with these issues looming large over what is shaping up into yet another battle between a foreign giant and a homegrown brand, it remains to be seen what course this dispute takes.