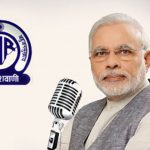 It is reported that the Censor Board of Film Certification (“CBFC”), headed by Pahlaj Nihalani, had asked Dakxin Chhara to scrap the phrase ‘Mann Ki Baat’ from a dialogue in his upcoming thriller titled “Sameer”. Apparently, the sole reason was it being the title of Prime Minister Modi’s monthly radio programme to the nation.

Firstly, the Cinematograph Act, 1952 is the relevant statute governing the powers of CBFC. According to Section 5B of the Act: “Principles for guidance in certifying films

(1) A film shall not be certified for public exhibition if, in the opinion of the authority competent to grant the certificate, the film or any part of it is against the interests of 4[the sovereignty and integrity of India] the security of the State, friendly relations with foreign States, public order, decency or morality, or involves defamation or contempt of court or is likely to incite the commission of any offence.

(2) Subject to the provisions contained in sub-section (1), the Central Government may issue such directions as it may think fit setting out the principles which shall guide the authority competent to grant certificates under this Act in sanctioning films for public exhibition.”

Secondly, does Government of India enjoy copyright over “Mann ki baat”? Going by the extant legal position, it is too short to stand alone as “original” work. Copyright law generally does not provide protection for short phrases and quotes. On the other hand, it is legally tenable to opt for trademark law protection or passing off in cases like the instant one. [UK judgments: In Sinanide v La Maison Kosmeo (1928) 139 LT 365, it was held that advertising slogan such as “Youthful appearance is a social necessity, not a luxury” is not copyrightable. Also, corporate names such as “Exxon” in Exxon Corp. v Exxon Insurance Consultants International Ltd. [1982] RPC 69 was held not to be copyrightable.

As far as Indian case law is concerned, in Pepsi Co., Inc. And Ors. vs Hindustan Coca Cola Ltd. And Anr. 2003 (27) PTC 305 Del, the Division Bench of the Delhi HC agreed with the judgment of Singh Bench wherein it was held that copyright doesn’t subsist in “Yeh dil mange more”.]

Thirdly, what are the general ground rules concerning the functioning of CBFC? It is an open secret that the appointments are mostly political in nature. There seems to be some kind of ignorance as far as the applicable legal principles are concerned. CBFC unquestionably performs certain quasi-judicial functions as it decides on rights and liabilities of parties. In the light of Supreme Court judgment in A.K. Kraipak v. Union of India (1969), the following principles are applicable: A quasi-judicial authority must necessary adhere to the principles of natural justice. The principles include: a) no one shall be a judge in his own case; b) no decision shall be given against a party without affording him a reasonable hearing; and c)  quasi- judicial enquiries must be held in good faith, without bias and not arbitrarily or unreasonably. In short, CBFC does not enjoy unbridled freedom in deciding on certifications. The discretion is subject to Rule of Law. Therefore, in case this fact situation had actually happened or if it actually happens in future without following the principles stated above, tenable legal options are open.