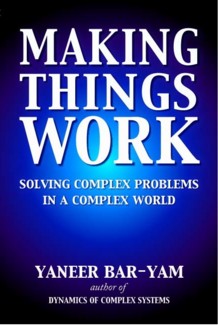 Patent Working (or the lack of it) is one of my pet peeves. Resulting in a writ petition before the Delhi high court which unfortunately remains stuck there…without much progress. So I decided to now vent through an academic piece published in the Queen Mary Journal of Intellectual Property, founded and edited by the wonderful Prof Johanna Gibson. Thankfully, its the only article thats available for free download. So if you share this peeve (or are on the other side and want to preserve status quo) do click away.

Grateful for suggestions, comments and critique–but most importantly for strategic ways which we can move this cause forward. After all, the IP ecosystem needs more transparency–and this is a great way of getting there.

Anyway, here is the Queen Mary Journal piece (title and abstract of the paper below).

The Indian patent regime has been celebrated and censured in equal measure: celebrated by those that see in it the vestiges of a past, where nations could craft a patent policy to suit national priorities – without succumbing to the pressures of a global patent script and dictated largely by the industrial interests of the developed world – and censured by those who think that India’s extensive use of TRIPS flexibilities to advance developmental priorities comes at the cost of global innovation incentives and a uniform patent paradigm.

Indeed, the present frame of the Indian patent regime contains a unique set of provisions not ordinarily found in other regimes. Patent working is one such provision. While most patent regimes demand ‘disclosure’, in that the patentee must elaborate the invention in full so as to educate the public and enable those skilled in the art to replicate it with relative ease, the Indian patent regime goes one step further. It requires that the disclosure even extend to the mode and manner in which patents are being worked for the greater public good. This information can then be used to trigger compulsory licences and even patent revocations. To this extent, the Indian patent regime not only grants exclusive IP rights, but also imposes a set of IP duties.

This paper reflects on this important statutory mandate and its jurisprudential underpinnings, particularly in relation to two technology sectors: pharmaceuticals and high technology (IT and telecommunications). It highlights a writ petition filed by the author of this paper to showcase the sheer callousness with which the patent working requirement has been treated by both patentees and the government alike. It then discusses the ways in which the mandate could be strengthened so as to pave the way for a more meaningful patent regime and a more transparent innovation ecosystem.