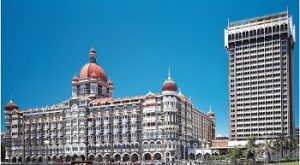 On 19th June, Indian Hotels Company Limited (IHCL) obtained a trademark for the Taj Mahal Palace Hotel, giving it the unique advantage of being the first building to receive a trademark in India.  While news reports refer to this as an “image mark”, it is the first time (please correct me if I’m wrong) that this term has been used in India. Rajendra Misra, Senior Vice President-General Counsel of IHCL explained the rationale behind this move – “One look at that property and you know it is the Taj. We don’t even need a signboard over there…that’s exactly what a trademark is.”

News reports indicate that the Empire State Building in New York, the Eiffel Tower in Paris and the Sydney Opera House are the only buildings to have received this kind of recognition so far.  I’m not sure how true that is, as there seem to be a multitude of other buildings that either have registered trademarks, or have prohibitions on photography. These prohibitions, to the best of my knowledge, stem from limitations in the domestic copyright law of these buildings. There is a fascinating article by Andrew T. Spence on the subject, and I came across a very detailed list of buildings and structures that cannot be photographed.

A ”trademark”, means a mark capable of being represented graphically and which is capable of distinguishing the goods or services of one person from those of others and may include shape of goods, their packaging and combination of colours. As discussed by Devika, trademarks have been granted for non-conventional marks such as sound and smell marks even though they are not expressly mentioned in the Act. Similarly, should buildings satisfy the dual test of graphical representation, along with the capability of functioning as an indication of source, there is no reason why they should be disallowed protection.

Section 28 lists out the rights that are conferred with a trademark: notably the exclusive right to use the trade mark in relation to the goods and services in respect of which it has been registered, and obtain relief in the event of infringement. Further, these rights are subject to any conditions and limitations to the trademark as may have been prescribed at registration.

What exactly is an image mark as is mentioned by news reports? As I understand it, it could be the monopoly over the source-identifying use of a structure. A possible answer is that it relates to trade dress protection. The concept of a trade dress is something that we have covered on the blog in the past; and protects the external appearance of goods which can extend to features of a product, and the garb in which it is marketed. The Act provides for this protection through the inclusive of ‘packaging’ in the definition of a ‘mark’. Whether this will extend to a building, is debatable.

In the 1972 RPC case Hoffman-la Roche & Co. v. DDSA Pharmaceuticals, it was held that “goods of a particular get up just as much proclaim their origin as if they had a particular name attached to them”. Similarly, should the building of the Taj be used in a manner that it is identified in its capacity as a hotel and not as a landmark – that is where the trademark would come in. In Two Pesos, Inc. v. Taco Cabana, Inc., a United States Court held that the Respondents were guilty of trademark infringement since they copied the design and interiors of the Appellants restaurants. In a similar case – Ferrari S.P.A. Esercizio Fabriche Automobile Corse v. Roberts, the Court held that the copying of the exterior shape and appearance of automobiles amounted to trademark infringement.

In a 1988 case – Rock & Roll Hall of Fame v. Gentile Productions (the case is available here), a photographer was taken to Court for selling posters that featured pictures of a Museum that had been trademarked.  The United States Sixth Court ruled that while the trademark “might be asserted to prevent the construction of a confusingly similar building”, it was unlikely that the photographer had “made an infringing trademark use of the Museum’s name or building design”. The Court went on to hold that “When we view the photograph in Gentile’s poster, we do not readily recognize the design of the Museum’s building as an indicator of source or sponsorship. What we see, rather, is a photograph of an accessible, well-known, public landmark.”

The second condition under the Act to qualify as a trademark is that it should be able to distinguish the goods/services from those of others. Stated differently, it should serve as an indication of source of the goods/services. In this case, should the use of a likeness of the building be an “infringing trademark use” or be indicative of the high quality of services offered by the hotel, (thereby using the goodwill and reputation IHCL has built up) – then it would perhaps constitute infringement.

The main point of difference, would then lie in determining whether the building was used as the primary subject. Should the likeness of the building used relate to the building, as the Taj Mahal Palace hotel specifically, instead of its role as a public landmark – IHCL would then have a case of trademark infringement. Using the indicator of source/primary subject argument one could then make the argument that the picture on the left could be used without permission, while the one on the right would be prevented. 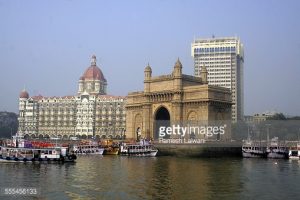 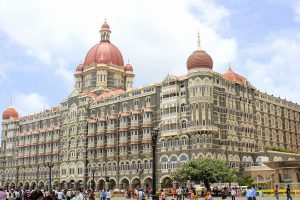 Devika Agarwal, from the Centre for WTO Studies has written an excellent article on the topic for Firstpost – where she argues that the registration is worrisome for two reasons: First, that it restrains even the incidental use of the building in any way; and second, that the right to use the image of a building that is synonymous with the city of Mumbai itself, should vest in the public and not with a private entity. Perhaps a counter to this, is the argument that there will be a restriction on using the trademark only in a “trademark sense”, or in its likeness as a hotel.

Shashank Mangal wrote a guest post for us on Copyright and Architecture – read it here. In a nutshell, copyright law protects the architectural design of the building as an artistic work. Section 13 of the Copyright Act clarifies that for a work of architecture, copyright shall subsist only in the artistic character, and shall not extend to the processes or methods of construction. Should a building therefore be the subject matter of copyright? If the answer to that question is yes, a more pressing question would then be if it deserves dual protection as a trademark. For a discussion on the overlaps between various IP rights, see this book by Profs. Neil Wilkoff and Shamnad Basheer.

‘Freedom of Panorama’ is a copyright law term that permits the photography of art/architecture while it is still under copyright protection. We have covered this on our blog here. The Copyright Act also provides for an important exception to copyright infringement in this regard – Section 52(s) states that the ‘the making or publishing of a painting, drawing, engraving or photograph of a work of architecture or the display of a work of architecture’ is permissible. A point to be noted that this exception does not permit the making of a sculpture of a building. Therefore, while we can limit the copyright of a building to its architectural design, would the permissiblity of photographing the building under copyright law clash with the trademark holder’s exclusive right to use their trademark, and therefore prohibit photography?  This circles back to the need to use a trademark in a trademark sense for there to be a valid infringement action.

While I was unable to access the trademark application, and am unaware if any conditions/limitations were attached to the trademark, I believe it would be in public interest to institute a few conditions to the use of the mark. Typically, these conditions serve to prevent the trademark owners from claiming a monopoly over unrelated marks. In a similar fashion, perhaps conditions may be imposed to allow IHCL to enforce their trademark only when 1. The building is the primary subject of the likeness created/photograph taken, 2. Such use is of a commercial nature. Other exceptions could be considered, such as cityscapes, and perhaps for governmental and tourism purposes.

What then, does this move mean for any replicas of the building, whether in 2D or 3D form? A Midday article is the first to get a comment from IHCL on the matter. They state that IHCL is open to “discuss granting a license…in case anybody wishes to use these images in their work”. However, the need to obtain a license should ideally depend on the nature of the use. Should the building be photographed/used in its role as a hotel, or in a trademark sense and therefore infringe the trademark – it is perhaps safe to say that only then would a license be required. Another point to be considered is that rights guaranteed under a trademark registration are limited to cases of confusion between similar products unless the trademark is granted well known status/falls under Section 29(4). Models/photographs should not ordinarily be prohibited as this trademark has been registered under Class 43 which is limited to using the image for services providing food and drink; and temporary accommodation.