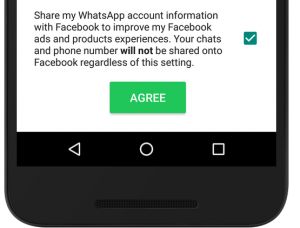 A few months ago, I had written about a judgment of the Delhi High Court dismissing a PIL filed against the change in Whatsapp privacy policy. As I had commented at this time, the PIL was absolutely frivolous and should have been dismissed. Yet, it is now being heard by a constitutional bench of the Supreme Court – a rare event these days. How did this PIL transform from being frivolous to ending up before a Constitutional Bench of 5 judges? The journey of this PIL will provide an account of how the PIL system works in India.

Let’s start from the beginning.

In August, 2016 Whatsapp announced it was changing its privacy policy to allow sharing of its data with its parent company Facebook. In 2014 Facebook had purchased Whatsapp for $19 billion dollars and it was only a matter of time before Whatsapp shared its data with Facebook. The ostensible reason for the changed privacy policy was to improve the quality of service provided by Whatsapp and Facebook and also provide Facebook with better data for targeted advertising. At the time, Whatsapp announced the changes to its privacy policy, it provided its users with an option to opt out of sharing information with Facebook. The simpler option of course was to simply stop using Whatsapp and Facebook.

Notwithstanding the existence of these simple options to avoid sharing information with Facebook, two young millennials from the New Delhi elite decided to file a public interest litigation against the change in Whatsapp’s privacy policy. The Indian Express profiles their decision to proceed with this litigation over here.

The first petitioner was 19 year old Karmanya Singh Sareen, an engineering student studying in London and son of Delhi power couple – Additional Solicitor General Mahinder Singh and Justice Pratibha Singh, who at the time, represented her son in the hearings before the High Court.

From the outset, the PIL filed by these students was pushing at the boundaries of the law. To begin with, PILs are usually filed against the state not private entities like Whatsapp and Facebook. Second, the basis of the relationship between a user and Whatsapp is a private contract and not the Constitution. A private contract cannot be amended by a court through a PIL. Third, fundamental rights like the right to free speech and the right to equality are applicable only against the state and not private parties. Thus presuming that Indian citizens have a right to privacy, they can assert such a right to privacy only against the state – they cannot assert such rights against private companies like Whatsapp and Facebook.

After hearing arguments from both sides the Delhi High Court delivered a short 15 pages judgment on September 23, 2015 basically dismissing the PIL. In its judgment the court made two simple points to establish its lack of jurisdiction to pass any directions against Whatsapp. First, it pointed out the private nature of the contract saying “parties to a private contract and the users of “WhatsApp” having voluntarily opted to avail the services of the said Application, are bound by the terms of service offered by [Whatsapp]”. And continued, “it appears to us that it is not open to the users now to contend that “WhatsApp” shall be compelled to continue the same terms of service.” The court also pointed out to the petitioners that they could simply delete their Whatsapp account and stop using the service. On this privacy issue, the court pointed to the pending reference to a constitution bench of the Supreme Court on the exact status of the privacy right under Indian law. The court thus refused to intervene on that point. Despite ruling that it had no jurisdiction, the Court passed a face saving order for the petitioners, directing Whatsapp to not share information of users who deleted their account and also to not share information of users prior to September 25. These directions to Whatsapp were meaningless since Whatsapp already provided both options. The third and last direction was to the Central Government to consider a regulatory framework for services such as Whatsapp.

Ideally the Supreme Court should have dismissed the appeal, preferably with costs because the Delhi High Court had provided very valid reasons for dismissing the PIL. However, strange things happen in the Supreme Court these days.

When the matter came up before the Supreme Court, on January 17, the petitioners were represented by Senior Advocate Harish Salve. From what was reported in the press, the bench presided by Chief Justice Kehar was reluctant to admit the appeal. The Times of India reported that the bench asked Salve “Isn’t WhatsApp free? When the service is free and the user has the option of opting out from using the services, how can they be restrained from accessing the data sent through the medium created by them? It is a facility extended to you free of cost, take it or leave it”. Salve is reported to have argued that the government was duty bound to protect the privacy of its citizens and that the actions of Whatsapp were violating the privacy of Indians. The bench then agreed to issue notice on the condition that Salve argue the matter during the summer vacation before the vacation bench and also invited the Attorney General to join the arguments.

Then on April 5, 2017 the Hindu reported that Chief Justice Kehar had decided to advance the date for hearing the dispute since the matter was “serious” and fixed the date of April 18. This is where things get interesting. According to the Hindu, at the hearing, Facebook’s counsel, Senior Advocate K.K. Venugopal had argued that since the case hinged on the right to privacy and the status of the privacy right was unclear because of conflicting Supreme Court decisions, the matter should be referred to a bench of 9 judges who could then over-rule or re-affirm precedent on the point. This was a strange line of argument to take and according to reporting by the CCGNLU, Senior Advocate Venugopal was contradicted by Whatsapp’s counsel, Senior Advocate Kapil Sibal who had argued that “that the case was a simple contractual matter and needn’t be referred to a larger bench.”

Considering that Facebook is Whatsapp’s parent company and both have the same goals it is not quite clear why both parties were contradicting each other but it appears that either one set of lawyers was not briefed properly or one of the Senior Advocates went off-script. In either case, this was a monumental mistake.

In any event the bench headed by Chief Justice Kehar should have examined the issue in detail before referring the case to the Constitutional Bench especially since it is normal practice for the referring bench to frame issues that need to be decided by the constitutional bench. This did not happen and the matter was then referred to a constitutional bench without framing any questions and more importantly, its open knowledge that the issue of whether privacy is a fundamental right needs to be decided by a bench of 9 judges (because one of the earlier judgments on the issue consists of 7 judges) and yet the Chief Justice referred the matter to a bench of 5 judges.

Strangely enough when the bench of 5 judges headed by Justice Dipak Misra started hearings on the matter, Facebook and Whatsapp now questioned the point of setting up a constitutional bench to hear the matter since the case lacked a question of constitutional importance!!!!

“The counsels for WhatsApp and Facebook also questioned the setting up of a constitution bench to hear this case as according to them, the case lacked a question of constitutional importance.”

Similarly at the next hearing on May 16, 2017 the ET reported that:

“Senior advocate K K Venugopal, arguing for Facebook against court intervention of any kind in what he described was a private contractual matter, said WhatsApp services were encrypted and there was no provision under which it could peruse any data shared by A with B. He also claimed that any data stored or transferred to WhatsApp cannot be shared with third parties without the consent of the person. Venugopal said interested parties cannot file a PIL on this issue.”

The constitutional bench headed by Justice Dipak Misra is going to continue hearings after the court reopens. Given Justice Dipak Misra’s previous handling of cases involving the internet and the law, things aren’t looking good for big data innovation.