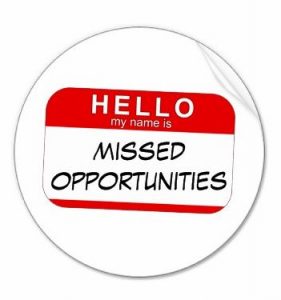 In a recently delivered judgment, the Delhi High Court was once again faced with a plaintiff seeking an interim injunction restraining a defendant from manufacturing a product on the grounds that it was infringing the plaintiff’s copyright in its engineering drawings. The plaintiff Holland L.P. and its Indian partner, claimed to have invented “automatic twist locks” (ATL), to help secure containers on railcars. The system is used by the Indian Railways which put out a tender for procurement of the ATL systems. The defendants won a part of the bid. The plaintiff claimed that it had proprietary rights over the technology but since the plaintiff’s patent application for the technology in India was pending before the Patent Office for some time, it chose to sue the defendant for infringing the copyright in its engineering drawings. Although it sounds strange to protect inventions under copyright law rather than patent law, such lawsuits are quite regular in India, partly because many foreign plaintiffs do not have patents for their inventions. In most cases judges and litigants get confused over the issue of copyright and design overlap when the more relevant issue is the protecting of functionality under copyright law.

Let me start from the basics.

Section 14 of the Copyright Act vests in the owner of a copyright any artistic work, the right to create a three dimensional work based on the artistic work. Since engineering drawings qualify as artistic works under the Copyright Act, the plaintiff theoretically has the right to prevent any other person from preparing a three dimensional product based on the drawings. This has been a popular route of litigation for plaintiffs who do not have patents for their products in India. In most cases, defendants raise Section 15(2) of the Copyright Act as a defense to the allegation of infringement. This provision exhausts the copyright in any work which is capable of being protected under the Designs Act, 2000 if the said work has been produced more than 50 times. The defendants in this case also raised the Section 15(2) argument and the judge accepted the argument as one of the grounds to deny the plaintiff an interim injunction. This interpretation of Section 15(2) is incorrect.

Section 52(1): The following acts shall not constitute an infringement of copyright, namely:-

“(w) the making of a three-dimensional object from a two-dimensional artistic work, such as a technical drawing, for the purposes of industrial application of any purely functional part of a useful device”.

A similar provision existed in the law until it was mysteriously deleted in 1994. The first such case on this issue – John Richard Brady v. Chemical Process Equipment Pvt. Ltd. touched on the provision but did not interpret it in detail. I reproduce the old Section 52(1)(w) below:

“(w) the making of an object of any description in three dimensions of an artistic work in two dimensons, if the object would, not appear, to persons who are not experts in relation to objects of that description, to be a reproduction of the artistic work.”

I don’t know why this provision was deleted but it was reintroduced in the year 2012 in a slightly modified version. Like many people, I completely missed this provision until one of our readers pointed us to the provision in an earlier post.

This provision in its new form makes it very clear that it shall not be copyright infringement to make a three dimensional reproduction of technical drawings, if the three dimensional reproduction results in a purely functional part of a useful device. This provision would have applied squarely in the facts of this case since the claimed “automatic twist locks” appears to serve as the functional part of a useful device.

Surprisingly Section 52(1)(w) has not been interpreted by any Indian court, prior to 1994 or post 2012, despite there being several opportunities for High Courts around the country to examine this provision despite the lawyers for the defendants invoking the provision. Even the Competition Commission of India (CCI) appears to have missed out on this very relevant provision in the famous ‘spare parts’ decision where car manufacturers claimed that the spare parts were protected by virtue of the copyright in their engineering drawings for such drawings.

Hopefully someday some lawyer out there will make this argument more forcefully and we will get a well-reasoned order from one of the judge. As the saying goes “umeed par duniya kayam hai”.