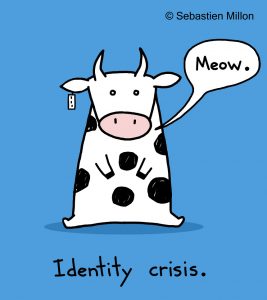 The Competition Commission of India (CCI) will complete 14 years of its existence this year, having been established in 2003 (although it became fully functional only much later). Like all teenagers, the people around it can’t seem to identify its exact role in the universe. In the case of the CCI, the question is whether the institution is a part of the executive or the judiciary. This issue was raised before the Supreme Court in the case of Brahm Dutt v. Union of India and although the Supreme Court `refrained from ruling on the merits, it came quite close to concluding that the CCI was a judicial body – that case was in the context of a constitutional challenge to the CCI on the grounds that it violated the separation of powers doctrine that requires judicial bodies to be independent of the executive. The SC disposed the challenge with the following tentative conclusions since the govt. promised to bring in an amendment to the Competition Act:

We may observe that if an expert body is to be created as submitted on behalf of the Union of India consistent with what is said to be the international practice, it might be appropriate for the respondents to consider the creation of two separate bodies, one with expertise that is advisory and regulatory and the other adjudicatory. This followed up by an appellate body as contemplated by the proposed amendment, can go a long way, in meeting the challenge sought to be raised in this Writ Petition based on the doctrine of separation of powers recognized by the Constitution.

If the CCI is considered to be a judicial body, it follows that the judiciary rather than the executive will be required to have a primacy in appointments to the CCI. If it is an executive body, it will necessarily have to submit to the judiciary in case of a conflict between both their orders as is likely to happen in several cases where both the CCI and the High Courts are tackling to ambit of statutory IP rights.

I am however more worried about how academia views the role of the CCI.

In a recent opinion editorial published in the Financial Express, Avirup Bose who is an Assistant Professor at Jindal Global Law School and a former consultant to the Competition Commission of India calls on the CCI to show a policy consistency with the government of India’s National IP policy. He states in pertinent part:

“The good rhetoric in India’s IPR Policy needs to be implemented through legislative reforms and most importantly by the country’s economic regulators, especially the Competition Commission of India (CCI).”

And continues later to say:

“CCI’s policy inconsistency in IPR cases can have a major impact in the innovation process of the economy. The vision of India’s IPR policy will get lost in implementation as India’s IPR image has a regime that does not value or adequately protect IPRs would get further entrenched.”

The question is whether Bose is correct in his advice to the CCI? Is the CCI expected to be a “committed CCI” religiously following the government’s policy decisions or should it be an independent body responsible for interpreting the mandate issued to it by Parliament?

In my view, the CCI’s only responsibility is to interpret parliament’s mandate because it is essentially a judicial body and not a part of the executive. The reason I think it is a judicial body is because the CCI is in the business of dispute resolution between private parties. It is not like other regulatory bodies which deal with administrative disputes between industry and government. Of course, this is the short version of the argument but I do think it is problematic to call on the CCI to toe the government’s policy decisions. I hope this isn’t the official view within the CCI.

The second aspect of Bose’s editorial which requires scrutiny is his criticism of the CCI’s spare parts decision. He states:

For example, In a case dealing with abuse of dominance by 14 car manufacturers in the market of spare parts and repair services, CCI considerably watered down the IPR exemption available under the Indian Competition Act, 2003. The Act exempts firms to impose market-restricting clauses in their distribution/procurement agreements, which are necessary for such companies to protect their IPRs. However, CCI has interpreted this provision narrowly to mean that for the car manufacturers to avail of the IPR exemption, the IPRs need to be need to be registered and protected under certain specified Indian IPR statutes. Most of the international car manufacturers hold their proprietary information/rights as assets of the parent enterprise and typically license the use of such proprietary assets to their Indian subsidiaries via technology transfer agreements, which were inadequate to protect such car companies from a `25.4 billion antitrust fine. No IPR policy can rectify such a shell-shackling of industry sentiment.

The CCI’s decision in the spare parts case has come in for criticism but not on this issue identified by Bose. Thomas has critiqued parts of this order over here. Except for copyright law which lacks a registration requirement, the designs and patents regime require IP rights to be registered in India before they can be recognized under the law. A car manufacturer cannot claim its technology or designs are protected in India by virtue of an American patent or a European design registration. The Patents Act and Designs Act are quite clear on this issue. The CCI’s decision cannot be faulted on this ground.

Similarly, Bose’s criticism of the CCI’s approach in the Roche-Biocon-Mylan matter is unwarranted. This case has nothing to do with intellectual property rights – the patents in question had expired. It was a case regarding the disparaging marketing practices adopted by Roche and I think there is a fit case for investigating Roche’s tactics. Bose claims that the CCI was rebuked by the Delhi High Court which allegedly called the CCI’s order as “anti-competition” and “anti-legal right”. As far as I am aware there is no written order making these observations against the CCI. Sometimes judges make oral statements with the hope of provoking replies from counsels, I would hardly consider such statements to be a rebuke unless they are recorded in a written order.

Similarly, Bose’s criticism that the CCI’s approach to the pricing issue in IP related disputes is premature. He argues:

Further, determining if a royalty amount is “unfair” or “abusive” under the Act has been rendered problematic by CCI’s adoption of subjective benchmarks—based on standards of fairness and equity rather than those grounded in economics—while deciding antitrust issues of pricing by dominant firms.

Last but not the least, I must disagree with Bose’s recommendation for the CCI to formulate IPR guidelines. This demand for guidelines is coming from a lot of people now especially patentees. I am not sure how the CCI can formulate any guidelines as an adjudicatory body. More so when the CCI has no substantive Indian jurisprudence to draw from how is it going to frame any guidelines to guide the market? The only alternative for the CCI is to “borrow” from American or other foreign guidelines despite the fact that the economics of those markets maybe very different from the Indian market. I hope the CCI doesn’t go down that route.