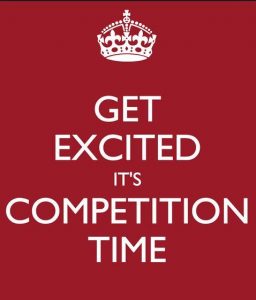 While the sentiment behind authorizing the study is appreciated, I would like to discuss three main problems with this RFP.

The first problem being that the CCI has no power to outsource such studies to third parties. In the background section of the RFP, the Commission hints that it is drawing its power to conduct such a study from Section 18, Section 21 and Section 49 of the Competition Act, 2002. Section 18 is a broad-based provision that outlines the duty of the CCI, which is to eliminate practices having an adverse effect on competition, protect the interests of the consumer and ensure freedom of trade. But the manner in which these powers are to be exercised is governed by other provisions of the Competition Act. For example, combinations are regulated under Section 5 & 6 and require parties to take prior permission from the CCI. Investigations into cartels or an abuse of dominant position or even combinations can be conducted under Sections 19 and 20, wherein the CCI can initiate an inquiry either suo-moto or on receipt of information from an informant or on a reference made by the central or state governments or any other statutory authority. However, in all these cases, Section 19 is quite clear that if the CCI discovers a prima facie case for investigation, it is required to authorize the Director General to conduct an investigation and prepare a report. Section 26 does not grant it any powers to outsource an investigation to a private party, which is basically what is happening in this case. Coming to Section 49, the provision requires the Competition Commission to “take suitable measures for the promotion of competition advocacy, creating awareness and imparting training about competition issues.” That simply means the CCI can conduct seminar to train or make people aware of competition law and it’s benefits. By no reasonable standard of statutory interpretation does Section 49 authorise the CCI to outsource a study to any agency, not being the Director General. Put in simple legalese, the CCI’s action of putting out a RFP does not appear to be supported under Section 18, 21 or 49. If anybody could inform me of any other provision that supports these actions, I would be interested in hearing the same. However, as it stands now, it appears that this RFP is illegal.

Even presuming there is some power to outsource such studies (the CCI has in the past outsourced such a study to CENTAD), it is relevant to ask how exactly a private agency is going to get access to sensitive commercial information when they lack the statutory powers of the Director General to summon documents and sensitive commercial information. If the plan is to have them knocking on doors and interviewing the stakeholders in question I can guarantee you that nobody is going to share any information with the agency – things just do not work like that in the commercial sector.

The second problem with the RFP is that whomsoever has drafted it appears to be working on the assumption that he or she is working for the Competition Commission of Delhi rather than the Competition Commission of India.  I say this because the areas of choice for the study are limited to “Delhi & select districts of NCR”. Why is the CCI not considering other major urban centres where the healthcare sector is concentrated, be it Hyderabad or Chennai or Mumbai? The answer, I presume, lies in the fact that the babudom that works in the CCI is of the assumption that India starts at their office in the Hindustan Times Building in central Delhi and ends in the suburbs of Noida and Gurgaon where they live. Jokes aside, I hope they have a valid answer to this question if not, I presume the CCI needs to check the diversity of its personnel – it is possible that the CCI has too many Delhi-wasis and that is never a good thing. In any event, I do hope some of the MPs from South India raise the issue in Parliament in the winter session since South India has major healthcare hubs. 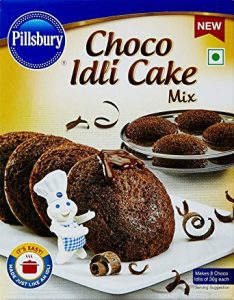 appening to us South Indians these days – one of my friends informed me yesterday that some barbarians at Pillsbury are selling choco-chip Idli cake mix – for those of you aren’t aware Idlis have nothing to do with choco-chips, just like Aloo ka parantha has nothing to do with chocolate – idlis are meant to be eaten with a spicy chutney, preferably coconut based. Any other combination is culinary heresy (atleast for some of us on SpicyIP). This assault on the South Indian palate is reflective of a broader trend of taking those of us in the South for a ride. Let’s not forget the Dravidian movement of the sixties and seventies for an independent Dravida Nadu. Anyway, I digress.

Am I the only one who thinks that this is the most absurd composition for a team that is supposed to be studying competition law issues? What exactly is a Radiology graduate going to do in such a study – conduct an X-Ray of the healthcare sector? And a pharmacist – he is going to hand out medicine to the rest of the team when they fall ill? Most bizarre is the silence on the requirement for competition lawyers or academics on the team. At the end of the day, competition law is LAW – understanding the law requires an interpretation of statute, researching precedent and applying law to the facts. For whatsoever reason, the CCI doesn’t seem to understand this rather simple fact. A lawyer or academic is quite well equipped to interview people in the healthcare sector and collect information – it is pointless putting radiologists and pharmacists on such a team. And even if the CCI insists on continuing with this bizarre setup, why has it not prescribed some norms on preventing a conflict of interest because whichever radiologist or pharmacist joins the team, will do so on a temporary basis while continuing to work for a regular employer. In which case, they will suffer from a conflict of interest because any information they provide the CCI can result in an inquiry against the sector in which they are employed. This is a serious issue and needs to be considered by the CCI.

I do hope somebody in the CCI has the good sense to rethink this bizarre RFP. If the CCI suspects wrongdoing in the healthcare sector, it should order the Director General to investigate.